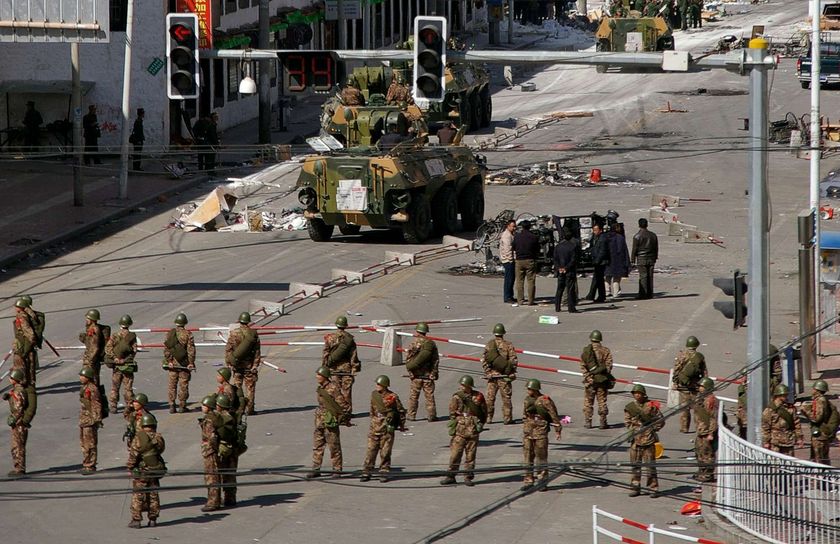 Washington, Jan 9 (IANS) US Defence Secretary Robert Gates has warned that China’s military growth could pose a risk for America and said that the Pentagon is stepping up investments in a range of weapons and technology to counter the buildup.
Despite billions of dollars in proposed Pentagon budget cuts that Gates announced last week, he said that the Chinese development of its first radar-evading fighter jet, as well as an antiship ballistic missile that could hit American aircraft carriers, had persuaded him to make improvements in American weaponry a priority, The New York Times reported Sunday.
‘They clearly have potential to put some of our capabilities at risk, and we have to pay attention to them, we have to respond appropriately with our own programmes,’ Gates said.
However, Gates doused China’s proud rollout last week of its new stealth fighter jet, the J-20, saying that even though it was a matter for concern, there ‘is some question about just how stealthy’ it is.
Gates made his comments to reporters Saturday on his plane en route to Beijing for three days of talks with Chinese generals and President Hu Jintao that are meant to promote a more open and stable relationship between the American and Chinese militaries.
It is unclear what effect Gates’s comments will have on the talks, which are occurring a week before the Chinese president is to meet with his US counterpart Barack Obama in Washington.
The American weapons that Gates was referring to included investments in a new long-range nuclear-capable bomber aircraft, which the Pentagon had stopped developing in 2009, as well as a new generation of electronic jammers for the Navy that are designed to thwart a missile from finding and hitting a target, the daily said.
At a Pentagon briefing Thursday, Gates said that the jammers would improve the Navy’s ability to ‘fight and survive’ in waters where it is challenged.
Although Pentagon officials say that China is a generation or more behind the US in military technology, Gates said he has been worried about the Chinese buildup in his four years as defence secretary.
‘We’ve been watching these developments all along,’ Gates said.
‘I’ve been concerned about the development of the antiship cruise and ballistic missiles ever since I took this job,’ he added.
‘We knew they were working on a stealth aircraft. I think that what we’ve seen is that they may be somewhat further ahead in the development of that aircraft than our intelligence had earlier predicted.’
Gates said he hoped his talks with Chinese leaders would reduce the need for more American weaponry in the Pacific. He also said that if Chinese leaders considered the US a declining power because of the financial crisis, they were wrong.