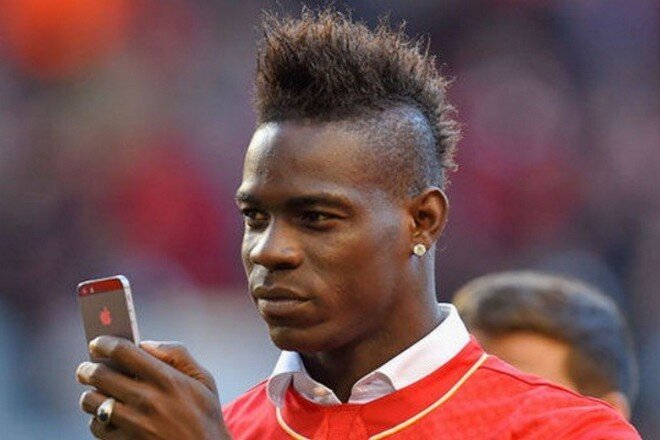 Who is Mario Balotelli?

Mario Balotelli is an Italian professional soccer player, and star of world football Mario Balotelli is equally known for high performance and fights with teammates outside the field. The hot striker even beat the coach of Manchester City Roberto Mancini, when he tried to send the player to the locker room against his will.

Despite a surge of scandals in the career of Balotelli, in 2016 the leadership of FC Nice bought the striker and never regretted. During one and a half season, “Super Mario” played in 50 games and scored 33 goals.

Balotelli’s biography began with a personal tragedy. Mario was born on August 12, 1990, in Palermo and spent his first year in the hospital. His parents were a married couple of Barwuah from Ghana. After Mario’s birth, they moved to Bagnolo Mella, but it soon transpired that the baby needed health care. Due to the digestive system pathology, the newborn had several surgeries for the stomach.

The family was unable to pay for the boy’s health care needs, and the Barwuah family placed the boy in foster care. As a result, the family of Francesco and Silvio Balotelli adopted two-year-old Mario. The family also had two teenage sons and a young daughter.

Balotelli lived in the small commune of Concesio, and this place became Mario’s native town. Later, the foster parents found out the address of the Barwuah family and took Mario to meet his relatives, but no one opened the door.

Later, the footballer told in an interview that only when he became a sports star, the biological father and mother began “to appear on television with pathetic faces.”

The athlete said that there was a lot of wrong information in their interviews that affected the reputation of Balotelli.

“I cannot allow that, because my real family lives in Brescia and people respect them. They are the only family that I have, ” Mario said.

Balotelli also told that in his childhood he regularly faced racism. If anything was stolen at the school, Mario was unreasonably considered to be the culprit. Children next door refused to play with him because of different skin color. At the age of 18, the young man received a passport, as well as Italian citizenship, but it did not change the attitude of people.

He found salvation in football. The boy played all his free time. At the age of seven, he joined San Bartolomeo club, and for the next decade, he managed to play in five youth clubs. In the last two clubs Lumezzane and Inter he also played for the first team.

He made his professional debut at the age of 15. In April 2006, he first appeared on the field for Lumezzane first team against Padova in a Serie C1 league match. At the end of the season, Balotelli played in one more game, and in the summer he decided to transfer to another club.

He had an unsuccessful trial with Barcelona. Later, when the forward already played for Manchester City, reporters asked him about the possible transfer to the Catalans. Mario whipped out a reply that he was not going to “play with girls.”

The striker spent the second season in Inter youth team, and since 2007 he started to play for the Nerazzurri first team. To show his abilities, Marion featured in a summer friendly match against Sheffield United. Balotelli scored two goals, and the footballer began to play for Inter in Serie A.

However, Internazionale coach Roberto Mancini allowed the striker to go on the field only in December. Nerazzurri defeated Cagliari in the match of the national tournament. But Mario scored the first goal for the team (as well as the second) in the game against Reggina a few days later.

The next two goals in a Coppa Italia match against Juventus ensured the participation of Inter in the semifinals of the tournament. However, the team could not win the main trophy. But during the same period, Mario contributed to Inter victory in Serie A, and later the team won the Supercoppa Italiana.

Mario played in twice as many games in Serie A during the next season, and he scored eight goals (in comparison with three goals in the previous season). Internazionale defended the title. The team could not win other tournaments, and Mancini left the club. Jose Mourinho coached it.

The striker showed the same excellent performance, and the new coach improved the skills of the rest of the team. As a result, Inter won the FIFA Champions League, the Coppa Italia, and Serie A.

In 2010, Mario made his debut for the Italian national team. Earlier, the football player played in youth competitions. The participation in the UEFA Euro 2012 was triumphal for Balotelli. He was the first black football player in the national team, and he helped them reach the final of the European tournament, where Spain won the trophy. However, the forward was named the top-scorer in the championship.

Mancini became a coach of Manchester City and persuaded the management of the club for a transfer. In the summer of 2010, Balotelli moved to the UK. The transfer fee of the player was £ 24 million. Mario scored in his debut for Citizens against Politehnica Timișoara in the Europa League. But in the same game, Mario got a knee injury, which sidelined him for two months.

He debuted in a Premier League match against Arsenal. Although he showed successful performances, Balotelli had escalating conflicts with his teammates. In December, during training, he fought with Jérôme Boateng. Mario showed a rough play on the field and received red cards one after another.

Even the measures of club management did not work. They fined Balotelli for violation of discipline and deducted money from the wages. The last straw was the fight with Mancini. The scuffle between the player and the coach occurred in early 2013. The club did not allow the player to finish the season and agreed on a deal to transfer him to Milan.

In the Italian club, Balotelli successfully played during one and a half season. He played in 43 games and scored 26 goals. In 2013, he helped the team to qualify for the Champions League, scoring a penalty in the Serie A. final against Siena. But a year later, Milan could not qualify for the tournament, and the player decided to change the club.

Liverpool bought the forward, but the transfer was unsuccessful for the club. Having played in 16 matches, Mario scored only one goal. The following season, Balotelli played in Milan on loan, but he was injured several times. He showed the same performance as he scored one goal but played in 20 games.

The difficult period ended at the beginning of the 2016/2017 season. As a free agent, he applied to Nice, and the club agreed to sign a contract. Mario scored two goals in the first match. In total, he scored 15 goals during the season. The second season was even more successful for the striker. He scored 26 goals in 38 games.

The footballer is not married. He dated Raffaella Fico, a TV star, and a model, from the summer of 2011 to the spring of 2012. In December, she gave birth to a daughter, but Balotelli acknowledged paternity of his daughter following a positive DNA test.

Later, Balotelli dated Fanny Neguesha, a Belgian and Italian model, a singer and a dancer. In March 2013 they got engaged, but in September 2014 the girl broke off the engagement. Fanny said that the main reason was the jealousy of the eccentric football player.

In September 2018, Mario fathered a second child, a son named Lion, born to an unidentified woman.

Italian media has written that Mario is ready to support not only his children. The athlete is engaged in charity. He helps families who ask him for money for treatment or education of their children.

Balotelli has accounts on Twitter and Instagram, posts photos of games and training, as well as of meetings with friends. The striker’s height is 189 cm, the weight is 88 kg.

The name of the formidable striker was repeatedly mentioned during the past season. Mario did not finish his career in the national team, but he did not receive a call-up for the qualifying games for the 2018 FIFA World Cup. The absence of the prolific striker affected the result. For the first time in 60 years, Italy failed to qualify for the FIFA World Cup.

In the summer of 2018, Parma, Marseille, Juventus, and CSKA announced their interest in the player. There is a possibility of his transfer to Napoli. According to Tuttosport, Balotelli’s agent is negotiating with the club management.