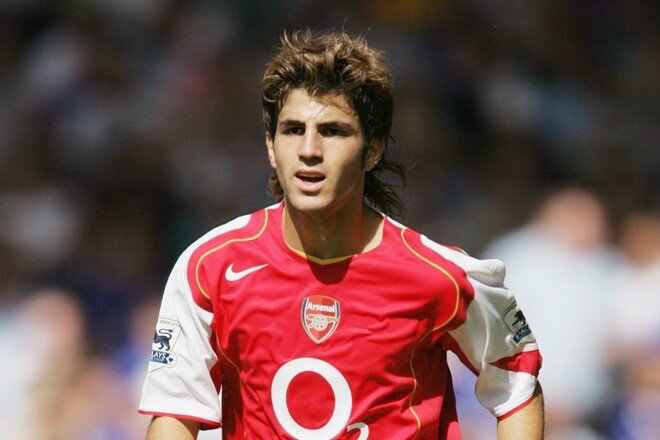 Who is Cesc Fabregas?

Cess Fabregas is professional soccer player. The talented Chelsea and Spain national team player, Cesc Fàbregas has turned from a modest Catalonian young man into one of the best midfielders in the world quickly.

Francesc Fàbregas Soler was born on May 4, 1987, in Arenys de Mar situated on the coast of the Mediterranean Sea (Catalonia, Spain). His father Francesc was a property company owner, and the mother Núria ran her own pastry company. Cesc went to his first match with his grandfather at the age of 9 months.

When the boy grew up, the parents decided to take him to a soccer club. It was the father who recognized Cesc’s talent first and encouraged him to train. The parents were supportive and welcomed his achievements warmly.

When the boy was ten, the scouts of Barcelona noticed the young player of Mataró and invited him to their academy. Fàbregas became the defensive midfielder, just like his icon player Josep Guardiola. The future soccer stars Lionel Messi and Gerard Piqué were on the same team with Cesc.

Fàbregas’s prospects in Barcelona were cloudy: the player could not understand whether he would be the first eleven member, so it was easy for Arsène Wenger to persuade the sportsman to transfer to Arsenal. Wegner promised Cesc would soon play for the main team. Of course, he could not fulfill the promise at once: the player was not ready to play on the necessary level. Cesc debuted on October 23, 2003, at the match between Arsenal and Rotherham United. At that time, Fàbregas was the youngest debutant in the history of the club.

During the game against Wolverhampton Wanderers, the player scored his first goal. In the 2004/2005 season, Fàbregas became a regular member of the first eleven and appeared on the field frequently due to Arsenal central midfielders’ injuries. The season 2009/2010 was particularly fruitful for the Spanish: he was included in the top ten best attacking players of the championship.

As soon as Cesc manifested himself in Arsenal, journalists started reporting he was transferring to Barcelona. Moreover, Barcelona players encouraged Fàbregas to join them via media.

However, the player denied the rumors and said he did not want to leave Arsenal; he added that should he leave the team, he would do it for the Catalonian team only.

In summer 2010, Barcelona officially proposed the transfer, but the player rejected it. On August 14, 2011, it was announced that Cesc’s transferring to the Catalonian club was agreed.

The sportsman debuted for Barcelona on August 17, 2011, in the match against Real Madrid. The game was notable for the hard tackle by Marcelo. The incident provoked the mass fight between the team members and coaches. As a result, the referee sent off three players.

On August 26, 2011, in the UEFA Super Cup game against Potro, Fàbregas scored the second goal.

In summer 2014, Cesc transferred to Chelsea officially and signed the five-year contract. The transfer cost was €33 million; the player’s salary was £9 million annually.

Since 2006, Fàbregas has been playing for Spain national team. There are many titles and awards in Fàbregas’s career, for instance, he was the youngest player who played for the national team at the World Cup.

In 2008, the sportsman and his national team became the FIFA World Champion. Cesc was the assistant leader in the history of the team. David Silva and Xavi were the next leading players.

In one of his interviews, the midfielder confessed he was concerned about his future in the national team when Antonio Conte became the head coach. The player underlined that there were two options: either to give up or work hard and concentrate.

The player met the gymnast Carla Garcia when he transferred to Arsenal. The relationship was long: the young people were seeing each other for seven years. Friends and relatives were sure the marriage would follow soon. However, the couple split up for some unknown reason.

In 2012, Cesc began to date Daniella Semaan who was 12 years older than the sportsman. Their affair started when the woman was still married. The photos proving the fact of cheating became the ground for Semaan’s divorce. Although all legal proceedings were complicated, the couple enjoyed their love.

Before Cesc, Daniella was married to the high-powered businessman Elie Taktouk; the couple had two children. Their daughter Maria was born on October 20, 1999, and the son Joseph was born on June 26, 2004.

Cesc and Daniella have recently married: the wedding ceremony took place in May 2018 in the Cliveden Palace. Daniella’s eldest daughter organized the event. The hall was decorated with snow-white flowers.

As for Fàbregas’s career, he has not played for the Spain national team after Euro-2016. Still, because Julen Lopetegui was dismissed, he has some chances to come back. Today, Cesc is the FIFA World Cup 2108 TV expert.

Cesc has official Twitter and Instagram accounts: he regularly posts photos and videos from his daily life and idyllic pictures with his wife and children.