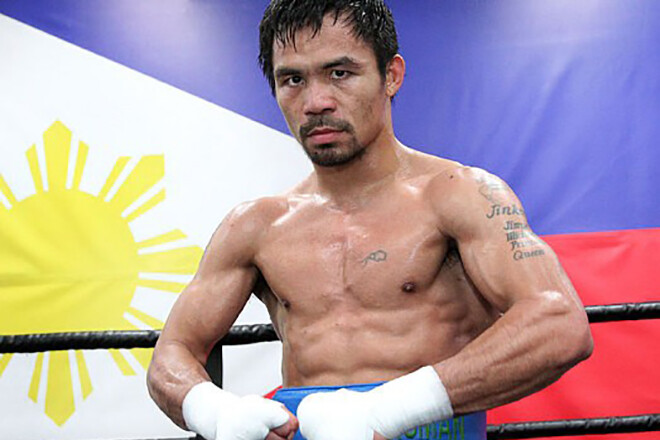 Who is Manny Pacquiao?

Manny Pacquiao is professional Legendary boxer has become one of the most notable celebrities in his native country, the Philippines. When Manny enters the ring, the city streets in the Philippines become empty, and the police say about a decrease in crime.

Pac-Man started a career in the flyweight division and became the first and the only eight-division world champion. He was named “Fighter of the Decade” by the Boxing Writers Association of America, and Fighter of the Year by Ring Magazine.

Emmanuel Dapidran Pacquiao, known as Pac-Man, was born in Bukidnon province, Philippines, in December 1978. He was the fourth among six siblings. Since childhood, Manny had to work because the family could barely make ends meet.

The mother dreamed that Manny would become a priest, but the boy had other plans. He was so keen on boxing that he couldn’t think about other things. He was boxing everywhere: on the way to school, thus being regularly late, at breaks, or returning home after studying.

Soon, Manny Pacquiao dropped out of school because his father left the family and the 13-year-old teenager had to earn money. But the boy found time for boxing even then. During the day, he sold water and bread on city streets, and in the evenings he stepped in the ring.

Soon boxing began to make a profit. The man earned $ 2 for the fight, and it was a fair amount of money, equivalent to the price of 25 kg of rice. Then the woman who hated her son’s fascination allowed Manny to give up the street trading.

At the age of 14, dreaming of a sports career, Pacquiao went to Manila without the permission of his mother. But the path to success turned out to be thorny. In the afternoon, the teenager cut through scrap metal at a dump and boxed at night. He slept in the gym. Later, brilliant Pac-Man purchased it and opened a sports school there.

Manny Pacquiao enjoyed the taste of fame at the age of 16 when the owner of the sports club took the talented student to a boxing television show, where the guy became a star. At that time, Pacquiao did not master the professional boxing technique and just fought in the ring, but he did it so passionately that it fascinated the audience.

Having become famous in Asia, the athlete went to conquer America, where no one was waiting for him. At first, coaches stayed away from the puny Filipino with the height of 1,69 m. Freddie Roach could see the man’s talent. The short fight with Pacquiao convinced the coach that a short Asian boy had a bright future. Thus Pac-Man began his successful sports career.

The Filipino had a record of 60-4 as an amateur. The countryman, Rustico Torrecampo, knocked the young star down, but it made Manny Pacquiao work on the technique even more and do his best at training. In 1997, Manny defeated a famous boxer from Thailand, Chokchai Chokvivatom, and topped the rankings. The following year, the Filipino knocked Chatchai Sasakul out.

In the winter of 1999, Manny signed a contract with American promoter Murad Muhammad. The American kept his word and turned Pacquiao into a champion. It happened during the fight against Lehlohonolo Ledwaba. Coach Roach trained the Philippine athlete. Pacquiao distinguished himself with brilliant and thought-out tactics in the ring. The opponent took five blows to head. In the 6th round, Ledwaba was knocked down, and the public welcomed the new IBF champion.

In November 2003, Manny Pacquiao fought against Marco Antonio Barrera, the strongest boxing featherweight champion. The Filipino, who was not afraid of the influential athletes, defeated Barrera and became a celebrity at homeland and in the USA. Pac-Man stayed in the featherweight division and soon became a champion.

In 2005, Manny Pacquiao appeared in the next weight class and fought in the ring against the famous Érik Morales. The strong opponent defeated the Filipino, but the victory was not easy.

The fight against British boxer Ricky Hatton in 2009, brought Pacquiao to even greater heights. Pac-Man knocked the opponent down twice, but he stayed on his feet until the end of the first round. At the last minute of the second round, Hatton was knocked out, which was called the “Knockout of the Year.”

In 2012, Timothy Bradley defeated the invincible left-hander Pac-Man, but the victory was ambiguous because the judges’ opinions divided, and the audience sided with Manny Pacquiao.

In the spring of 2015, the boxer entered the ring against Floyd Mayweather Jr. According to experts, the bout was hugely anticipated and lasted 12 rounds. Mayweather won, but the victory was not easy. The American boxer, who stayed in the welterweight division, called his Filipino colleague a “hell of a fighter.” The income of the two strongest players for the fight reached $ 300 million: Mayweather earned 180, and Pacquiao – 120.

In the spring of 2016, Manny fought against Bradley for the third time. During the first three rounds, they struggled with varying success, but after the 4th round the Filipino became more intense, and in the 7th round the opponent was knocked down.

Manny Pacquiao won, and the rivals spoke warmly of each other at the final press conference. Moreover, Pac-Man announced that he would retire from boxing to pursue a political career. In the spring he was running in Philippine Congressional elections.

In August of the same year, fans welcomed the return of Pac-Man to the ring. Pacquiao announced the fight against the reigning world champion, Jessie Vargas, for the WBO world title. The bout took place in November 2016, and Manny won it.

The boxer started his acting career in the late 1990s. In 2005, the Filipino played the first leading role in the movie Licensed Fist. In the spring of 2015, the film Kid Kulafu, an autobiographical film about the famous boxer, premiered in Manila.

The athlete began a political career in 2007. He represents the Liberal Party. In 2010, Pacquiao won the Congressional elections. He is the only millionaire in the country’s parliament. In 2014, Manny’s fortune reached $ 38 million. In 2016, the legendary boxer and politician expressed an attitude towards same-sex marriages, saying that their acceptance made people worse than animals.

Manny met his future wife Jinkee Jamora at the shopping mall. The beautiful woman was selling cosmetics. They married in the spring of 2000 and had a strong family, where five children were born. They have three sons and two daughters. For a long time, Jinkee and children have dreamed of their father to give up fighting forever.

Since 2013, Jinkee Pacquiao has been the vice governor of Sarangani province, the Philippines. The story of her political career is interesting. When two athlete’s friends requested him to support them during the elections in Sarangani, the boxer nominated his wife for election, and she won, leaving them standing.

In the summer of 2017, the boxer fought against Jeff Horn for the WBO welterweight title. Horn won the title.