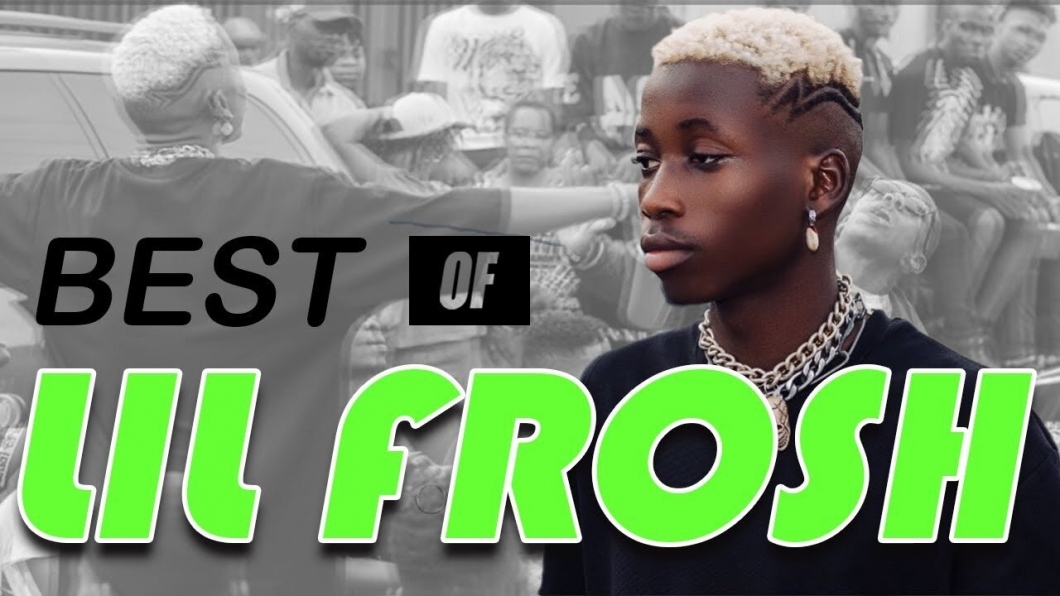 Lil Frosh is a Nigerian born street afro hip-hop rapper also known as Eruku Makanaki, he became well known by fans after he was involved in some instagram rap freestyles videos. He’s currently the raving man of the moment who brought up the slang Sonto Poilo Firi Yahoo.

He currently owns a track which features the Agege frontier, Small Doctor which is titled Firi Yahoo and currently was featured by his best friend Zinoleesky in a new song title “who knows “ Much is expected from this talented rapper as he spits bars on every freestyle he jumps on. He is about to be the new wave of indigenous rap in Nigeria.

If you aren’t familiar with Viral freestyle videos off the mainstream internet in Lagos, you’ve most likely come across their images casually referred to as “The street Alte”—the tag name for the fashion fad these young talents from the streets of lagos mainland exhibited.

Even if the duo’s sound stream clearly flows from the very Yoruba-sided music channel,  big names like Small Doctor, Olamide, Zlatan Ibile thrive via, their biggest tool of propagation—Instagram hood freestyle videos—is heavily similar to the method a number of industry’s biggest newcomers have employed in the past two years: The social media viral-ity.

Its noteworthy to indicate that street sensation Small Doctor, who also hails from Agege as well reached out and eventually landed Frosh his first major feature on sleeper-hit “Firi Yahoo”.

But a number of people think it’s more than just their metaphors and sonic delivery, perhaps a much more welcoming ambience in the manner Zinolesky and Lil Frosh present their genius. Cool FM OAP Kemi Smallzz describes the positive aura they exude.

“Honestly when I first saw them they just made me happy. I didn’t understand what they were saying. I like the vibe. Their happiness was translating.”

The very first announcement of the boys came via Lil Frosh’s ‘Firi Yahoo’ in January when his instagram freestyle clip where he rapped about the contentious gist about Yahoo boys and panties of females spread across the internet.

Their un-official group that consists of about 6 other budding artists is still surprisingly helmed by absolutely nobody. Lil frosh & Zinolesky made it extremely clear they aren’t interested in signing on to any record deals at the moment.

Two high-school-level dropouts, who capitalized off a snowball online marketplace to essentially follow the blueprints of previous next-rated voices in the Nigerian music scenery, suddenly have a claim to make in people’s hearts and are on the path to greatness as independent artistes.

The rapper makes most of his income from sales of his songs and performance at shows, so for now Lil frosh Networth is 10,000 $ Us Dollar .

lil Frosh, who has released several singles in recent times, has gained massive followings on his social media accounts.

He has a featured the likes of Small Doctor, Zinoleesky, who is his closest friends in the game, and other upcoming arts.