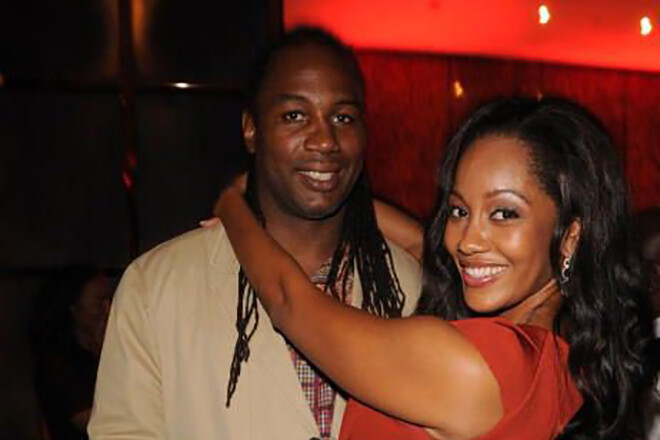 Who is Lennox Lewis?

Lennox Lewis is an american professional heavyweight boxer, the winner of gold at the XXIV Olympic Games in Seoul, the absolute world boxing champion, was introduced to the World and International Boxing Hall of Fame. He left boxing undefeated.

Lennox was born on September 2, 1965 in West Ham, London. The parents of the boy Carlton Brooks and Violet Lewis immigrated from Jamaica. Lewis was born a large child who weighed 4.8 kilograms. The doctor named the newborn boy Lennox, and the name stayed with the baby. In 1971, Lewis’s parents broke up, and six years later the boy and his mother Violet moved to Kitchener, Canada. Lennox has a half-brother Dennis.

Lewis became a student of the Cameron Heights High School, where he began interested in sport. In addition to boxing, the young man participated in team sports games: Canadian and European football, basketball, volleyball. But his main interest was boxing. Lewis worked with persistence for 8 hours and when he was 17 years old, he became the world champion in boxing among juniors. So began the sports biography of Lennox Lewis.

In 1984 the young boxer joined the Canadian team at the Olympic Games in Los Angeles. Lewis reached only the quarterfinals, in which he lost to the athlete Biggs. But even this result the Canadian Sports Association estimated as a great achievement of the boxer and offered him $ 750,000 to officially enter the professional league of the country. But the young man refused because his main dream at that time was still not realized: Lennox was going to become a gold medalist at the Olympics.

During the preparation for the next major competition in Seoul, Lewis won “silver” at the 1985 World Cup and the Pan-American Games, and also became the gold medalist of the North American Championship. In 1988, at the Seoul Olympic Games, Lennox took the first place, winning his opponent Riddick Bowe.

After returning from Korea, Lennox Lewis signed his first professional contract in England. In a year the boxer became the champion of Europe according to EBU and became the champion of the British Commonwealth. In 1992, Lennox defeated Razor Ruddock, and a year later WBC announced Lewis as The World Champion. Until 1994, Lewis experienced no defeats, but the first one took place in a battle against Oliver McCall. The revenge took place only in 1997 in Las Vegas during the fight against McCall.

In 1999, an important competition took place in Lewis’s career: the athlete had a chance to become the absolute world champion in boxing, winning the fight against Evander Holyfield. The event was broadcast on television. The fight ended in a draw, so it was necessary to fight once again. In November there was a battle between Lewis and Holyfield, after which the victory was given to Lennox.

In 1996, Lewis offered Mike Tyson to fight in the ring, but Tyson avoided the fight by choosing Evander Holyfield as his opponent. In 2002, a long-awaited meeting between Lewis and Mike Tyson took place, whom Lennox knocked out in the 8th round. Despite the difference in results, both athletes received an equal award of $ 35 million. The legendary video gained 1.7 million views on Internet.

Met @michaelb4jordan who is promoting #Creed2 Nice guy and a force to be reckoned with in the screen. 🥊 🥊 pic.twitter.com/L0rWhTJoop

In 2003, Lennox Lewis decided to finish his career. For the last fight, the athlete called Kirk Johnson, but the opponent dropped out of the game before the competition because of the injury. Vitali Klitschko replaced him. The fight was scheduled on June, 21. The Ukrainian was confidently winning by points, it was clear that Lennox’s blow is not like it was earlier. But in the 6th round, Lewis injured Vitali. The scar was visible for a long time on Klitschko’s face. The injury caused Klitschko’s technical defeat. And Lennox Lewis, till the end of his career had the title of the absolute world champion and then left boxing forever.

In the early 2000s, there appeared information that Lennox Lewis married Aisha Mike. But the rumors were untrue. In fact, the boxer began relations with the vice-miss of Jamaica Violet Chang.

The girl put the condition: the boxer should have chosen her or the ring. Lennox chose a family. The wedding took place in 2005. Soon the couple became happy parents of four children: Landon, Ling, Leya and Leviah Lewis.

Lennox Lewis is a British-Canadian retired boxer who has a net worth of $140 million dollars. A former Heavyweight boxer and Undisputed World Champion, he won 41 of his 44 career bouts, and also won a Gold Medal at the 1988 Olympics Games.

Now Lennox Lewis lives in his own mansion, surrounded by a large family. The athlete regularly attends his personal gym, having an excellent physical shape, works as an HBO commentator. Lennox did not lose money earned during his boxing career but invested money in business and real estate.

The former boxer built houses in Jamaica, Canada and England. Lewis owns a network of health centers. At the beginning of his professional career, Lennox founded a school in London for children from disadvantaged families.

The Most Famous Swedish People in History