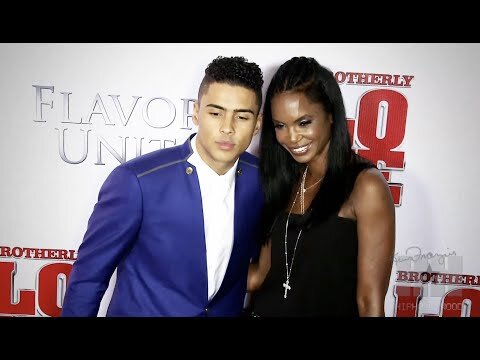 The True story and Facts about Kim Porter

Who was Kim Porter?

Kim Porter was an beautiful American model, celebrity and actor. People mostly know her as the ex-girlfriend of Sean Diddy Combs. Furthermore, she was the founder of the group named ‘Three Brown Girls’ and is a member of the group ‘Girl 6′.

Kim Porter died on November 15, 2018, in Toluca Lake, Los Angeles, California, United States. In her death certificate, her death is listed as ‘deferred’ death because the reason for her death was a mystery. However, on January 25, 2019, the sources revealed that the cause of her death was because of the complications from lobar pneumonia.

Celebrities like Rihanna, 50 Cent and Missy Elliott are paying tribute to her via social media.

Her funeral was on 24th November 2018, Saturday, where many people attended along with celebrities. Also, Beyonce paid the tribute to Kim in a video.

Kimberly Porter was born in Columbus, Georgia, in 1971. She was the daughter of Sarah L. Porter. Furthermore, she was of American nationality. Additionally, she belonged to the African-American ethnic background. She was interested in the world of modeling since her childhood.

Talking about her education, Kim attended Columbus High School. Later, she graduated from there in 1988.

Kim Porter initially dated Al B. Sure!. They started dating and gave birth to a baby whom they named after musician Quincy Jones. Next, she became involved in an on and off affair with Sean ‘Diddy’ Combs.

Sean is an actor, entrepreneur, record producer and is also the founder of Bad Boy Records. Kim and Sean have a son named Christian Casey Combs. The pair later separated in 1999.

People came to know in 2003 that they had patched up. Next, they had twin daughters on 21st December 2006, D’Lila Star Combs and Jessie James Combs. They finally separated in 2007.

Initially, Kim started out like a blushing model from the small-town area. After her graduation, she moved to Atlanta to pursue a bigger dream.  She appeared in several movies and television series in her career.

Some of the movies and television series that she had been part of include ‘Single Ladies’, ‘Mama I Want to Sing’, ‘Wicked Wicked Games’, ‘The System Within’ and ‘The Brothers’.

Kim salary was unknown. She had an estimated net worth of $ 2 million.

Kim Porter and Quincy Brown became part of several controversies as it featured them kissing in the mouth. Furthermore, her relationship with Sean also attracted numerous controversies.

She learned that Combs had fathered another child with another woman while they were in a relationship. Additionally, Kim was sued several times. She was also accused of using drugs in front of her kids. There are no rumors concerning her at present.

Talking about her body measurement, Kim had a height of 5 feet 10 inches. Additionally, her hair color was black and eye color was dark brown.

Kim Porter was not quite active on most social media sites.