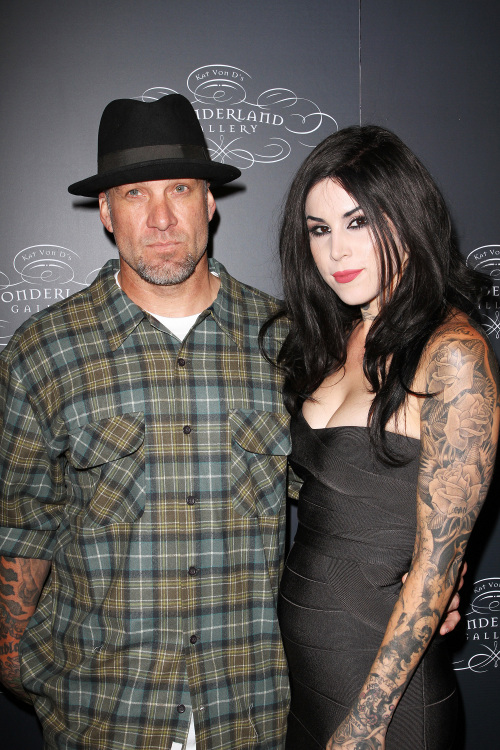 Kat Von D (Katherine von Drachenberg), 29-year-old tattoo artist and reality personality, is now engaged to Monster Garage reality star Jesse James.
“They say True love will always shine through. The only reason I started Twitter again? so I could publicly profess my love for @thekatvond,” James, 41, tweeted on his official Twitter page on Jan. 13.
The couple confirmed their relationship in summer 2010, according to The Globe and Mail. James and his ex-wife Sandra Bullock finalized their divorce in June 2010. He was previously married to Karla James, Janine Marie Lindemulder, and Sandra Bullock.
James has filled his Twitter page with many tweets about Von D.
“I only said it [because] it’s TRUE!!” James tweeted on Thursday, Jan. 20.