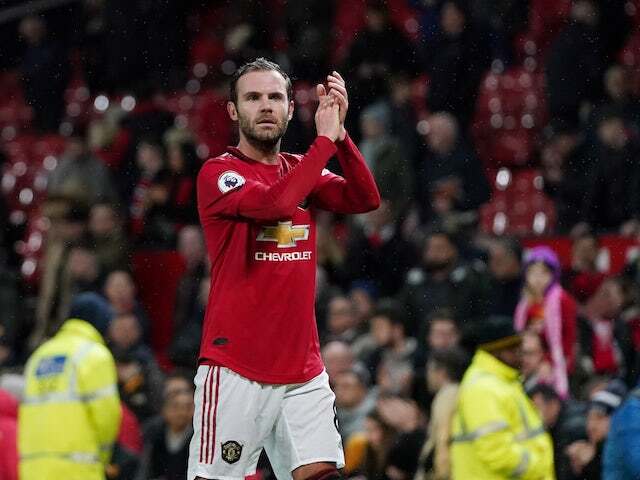 Who is Juan Mata?

Juan Manuel Mata Garcia is a Spanish professional soccer player who currently plays as a midfielder for the English club Manchester United and the Spanish National Team. He graduated from the Real Madrid’s Youth Academy and later played for Real Madrid Castilla as a central attacking midfielder before moving to other big clubs.

In addition, he has also represented clubs like Valencia and Chelsea and was a crucial member of the Spanish team that won FIFA World Cup 2010 and Euro Cup 2012.

Mata was born on 28 April 1988 in Burgos, Spain. His father Juan Manuel Mata and mother Marta Garcia were Atheist religion along with Sister Paula Mata and came from a football community. When Mata was born his father was a player of Real Burgos, playing his third season at the club.

At the age of five, Mata started to play football and had spent most of his childhood at Asturias. By age 12 he joined the Real Oviedo Academy. Having good a skill and enjoying the game he was more attracted to the beautiful game and scored over 100 goals in his last two seasons for the junior team.

Besides football, Mata was also very good with his studies and other activities. He went to Camilo Jose Cela University and got a degree in Marketing and Sports Science.

Mata quoted “Real Madrid knocked at my door when I was 15 years old in 2006. I played four seasons for the club’s academy” in his biography website titled, JuanMata8.

Juan Mata Net Worth and Salary

On 21 August 2011, Valencia announced they had agreed a £23.5 million fee for the transfer of Mata to Premiere Leauge club Chelsea. While playing for Chelsea F.C for 4 years Mata had a yearly salary of $7.2 million and endorsement deals with Adidas which earned him $700,000 thousand a year.

It is reported that Manchester United’s midfielder, doubled his salary since joining the club for a record of $49 million with an income of $200,000 thousand a week at Old Trafford, which is about $10.6 million a year.

He has pledged to donate 1% of his salary as charity and has called on other footballers to do the same.

With a career of playing for the world’s best sport and one of the largest club, Mata is estimated to be worth around $55 million in 2018.

Mata owns a house in Manchester. He has a collection of cars which includes Chevrolet, Bentley etc.

Mata, with his football tricks and skills, helped Spain win the 2006 UEFA European Under-19 Football Championship with four goals in five matches. In 2007 he was selected to play his first international game under-21 at just 18 years of age.

In the year 2007 Mata joined Valencia C.F. where he spent four years winning his first title of Copa Del Rey in a professional career. After his name started to rise, big clubs from other leagues wanted to sign him. Chelsea F.C. signed him in 2011, the same year he with his teammates won the 2013 FA Cup.

On 22 December 2012, Mata signed a contract extension with Chelsea which tied him up with the club until 2018 and on 3 March 2013, Mata made his 100th appearance in all competitions for Chelsea in a 1–0 win over West Bromwich Albion at Stamford Bridge.

Later, under newly appointed coach Jose Mourinho, Mata spent a lot of time on the Chelsea bench and soon found himself hard to get onto the first team. After, having a difference with the club coach, Mata decided to leave the club.

On 24 January 2014 Mata signed the contract for 4 years with one of the biggest clubs in the world, Manchester United for $46 million. Mata is currently in the first team but with the arrival of players like Paul Pogba and Alexis Sanchez, he’s getting less and less game time in the field.

Mata was involved in 2010  World Cup-winning Spanish team, where they beat the Netherlands and lifted the prestigious cup.

Playing the role of a senior squad member, Mata helped Spain win the 2011 UEFA European Under-21 Football Championship in Denmark. Mata himself was included in UEFA’s Team of the Tournament and named as the tournament’s Golden Player.

Then in 2012 UEFA Euro Cup, the same team including Juan Mata and other big star players like Iniesta, Ramos, and Xavi were able to beat the Italian team in a thrilling 4-0 match retaining their title as the Europian Champions.

Mata also won the Champions League and the FA Cup in 2013 with Chelsea and was named Player of the Year by the fans, twice in a row.

Juan Mata has always been a genuine man with his open-minded thoughts about his relations and profession. The 29 years old footballer is still unmarried but has been dating his longtime girlfriend Evelina Kamph.

The Swedish beauty is a trained Osteopath from London and is a member of the Institute of Osteopathy. The couple is often found together spending their time vacationing in several places. Though, the couple hasn’t tied their knots but are planning for their marriage.