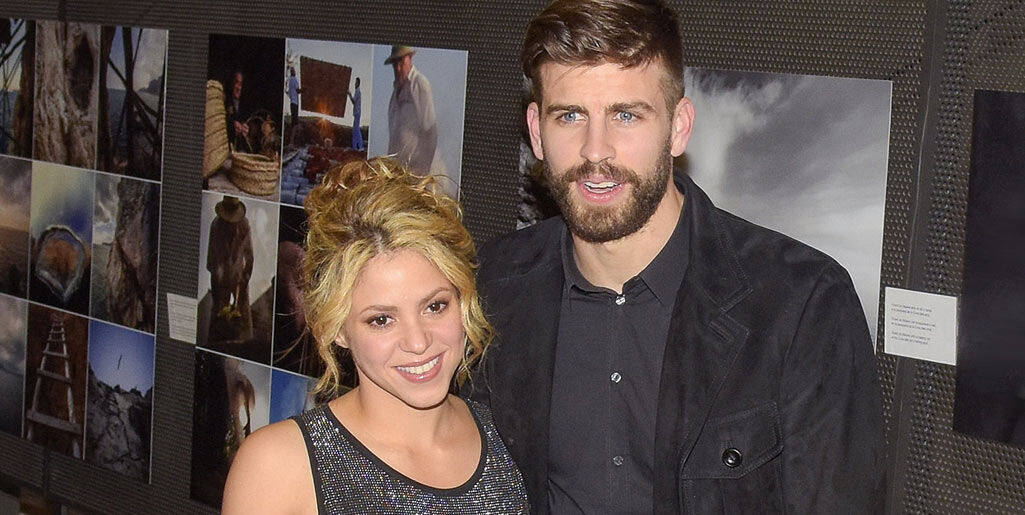 Who is Gerard Pique?

Gerard Piqué Bernabéu is a professional soccer player. He is a midfielder in Barcelona F.C. and the national team of Spain. During his football career, he became the champion of Spain more than once. Moreover, he is a world champion and the champion of Europe.

Gerard Piqué was born on the 2nd of February, 1987 in Barcelona. His father John Piqué worked as a lawyer and had his own business. His mother Montserrat Bernabéu was the rector of the medical university. But the boy hadn’t followed in the footsteps of his parents. His famous grandfather Amador Bernabéu who was the vice-president of Barcelona F.C. at that time predetermined the future of his grandson. Amador at once went to the office of the football club and registered the kid as a member of Barcelona F.C.

The boy began to be interested in football already at the age of 1,5 with what he delighted his grandfather a lot. At the age of 10, Gerard entered the principal Catalan Academy of La Masia Superclub. Perhaps, it is the best children’s football school in the world. Soon he began to play for the youth team “Barcelona B.”

In 2004 Manchester United F.C. became interested in the seventeen-year-old Piqué, and the Spanish football player concluded his first professional contract with the English club.

Gerard debuted in Manchester F.C. in October 2004. He was let out on the field to replace John O’Shea in the match of the English Football League Cup. The young football player took the position of the midfielder. He successfully supported both the main and the reserve Manchester United teams. The good results of this game allowed him to prolong the contract with the football club till 2009.

In 2006 the Spanish Real Zaragoza F.C. secured Piqué from Manchester United F.C. on a season-long loan. Gerard didn’t like it as he understood that most often such “rent” could lead to the resale in the future. And he had no desire to leave Manchester United F.C. Anyway, the football player needed such experience.

In Real Zaragoza F.C. Piqué regularly appeared in the starting team and demonstrated his excellent skills during the game. However, when he returned to Manchester United F.C., he looked on the field very seldom and played only 23 matches for the season. In 2008 England decided to sell Gerard to Barcelona for €5 million.

Fast and productive game of Piqué attracted the attention of the head coach of the Spanish national team – Vicente del Bosque. Gerard debuted in the game for the national team on the 11th of February, 2009. It was the friendly match with England in which Spain got a victory.

In summer of 2009 Gerard together with the national team took part in FIFA Confederations Cup in South Africa. In this tournament, the Spanish team took only the third place. But next summer the FIFA World Cup also took place in South Africa and this time Spain won the match. In final Spain met with the team of the Netherlands and their game finished with the score 1:0.

In 2012 the Spanish national team participated in UEFA European Championship. The football players of Spain again became champions. The result of this championship was fantastic. For all the games of the Championship Gerard’s team had missed only one goal, and during the decisive match, the team defeated Italian national team with the score – 0:4.

By the results of UEFA Euro, 2012 Piqué joined the symbolical national team of the tournament which consisted of the best players of the championship playing in the national groups of different countries.

Next year at FIFA Confederations Cup in Brazil the team of Spain gave way to the hosts of the tournament, having taken the second place. In this match with Brazil Piqué received a red card for the foul against Neymar and was out of the field at the 68th minute.

In 2014 at FIFA World Cup Gerard took part only in the first group match because of hip pain. The national team lost this game to the team of Netherlands with the devastating score – 1:5.

For his career Gerard Piqué became the champion of Spain for six times being a member of Barcelona F.C. He also became the 5-fold owner of the King’s Cup of Spain and the Spanish Super Cup. Also, Gerard is a 3-time owner of the UEFA Super Cup. He became the winner of the Champions League of UEFA and FIFA Club World Cup three times.

In October 2016 Gerard Piqué announced that he was going to leave the national team right after FIFA World Cup of 2018.

Piqué got acquainted with his future beloved – Latin American singer Shakira during the shootings of the song video “Waka Waka”. This song was the official anthem of the FIFA World Cup – 2010.

The girl attended all the matches of Spain, and paparazzi at once suspected that the young people had relations. But the couple denied everything. The matter is that at that time Shakira was in the relationship with Antonio de la Rúa – the son of the former president of Argentina. The singer announced her separation with Antonio on Twitter in January 2011. They had lived together for 11 years. In March of the same year, Shakira and Gerard publicly told about their relations.

In 2013 Shakira gave birth to their firstborn Milan, and in 2015 – their son Sasha was born. It’s noteworthy that the couple still hasn’t registered their relationship officially. In one of the interviews, they repeatedly told that the marriage for them was just a formality. That’s why the rumors about their break-up regularly appear on the web. Even in the beginning, some people didn’t believe in their union because Shakira was ten years older than Gerard.

But, to the regret of the ill-wishers, the couple is still together. The football player regularly posts their joint photos on his Instagram page.

In 2017 Gerard Piqué appeared at “Pomeriggio 5” talk show and told that he had made a proposal to Shakira, and the woman agreed. Also, he reported, that they already planned their wedding.

Rumors about the fact that once Piqué would become the president of Barcelona F.C. appeared a long time ago and even the defender periodically supported the hearsays. He does a lot for his team. For example, Gerard took an active part in search of the title sponsor for the team. Sometimes he speaks like a typical marketing specialist, but not as a football player.

By the way, the football player has always been interested in business. For example, in 2017 he completed an intensive course at Harvard Business School in the USA which had cost him $10 thousand. Also, he takes individual lessons from the teachers of ESADE Economic School.

So, Gerard doesn’t earn by football only. Piqué has a share in the company which produces meat semi-finished products. Also, he had invested money in stocks of the manufacture of Kypers brand glasses. Together with Carles Puyol, he invested funds in the company involved in the isotonic production. Isotonics are the drinks considered for the sports audience. They help to restore the organism after exhausting physical activities.

Computers and mobile games have always been his lifelong passions. Piqué has founded the Kerad Games company. As a result of the work of software engineers the game “Golden Manager” was released. He even had sponsors – Coca-Cola and Nike companies. But at present the company is loss-making. The football never gives up hopes, and on the contrary, he is sure that the game industry will soon be profitable.

In autumn of 2017, Gerard Piqué has started his show in which he interviews football players. When announcing the new project, he told that he was going to publish only credible stories as he was tired of publicity stunts. He has already invited Neymar, Luis Suárez, Javier Mascherano and Lionel Messi to take part in his project.

It’s not surprising that the football player also appears in commercials rather often. The man keeps in good shape. Being 194 cm tall he weighs 85 kilos. Piqué became the face of MANGO and Nike brands several times.

In February 2018 there appeared information that the football player had prolonged the contract with Barcelona F.C. till 2022.