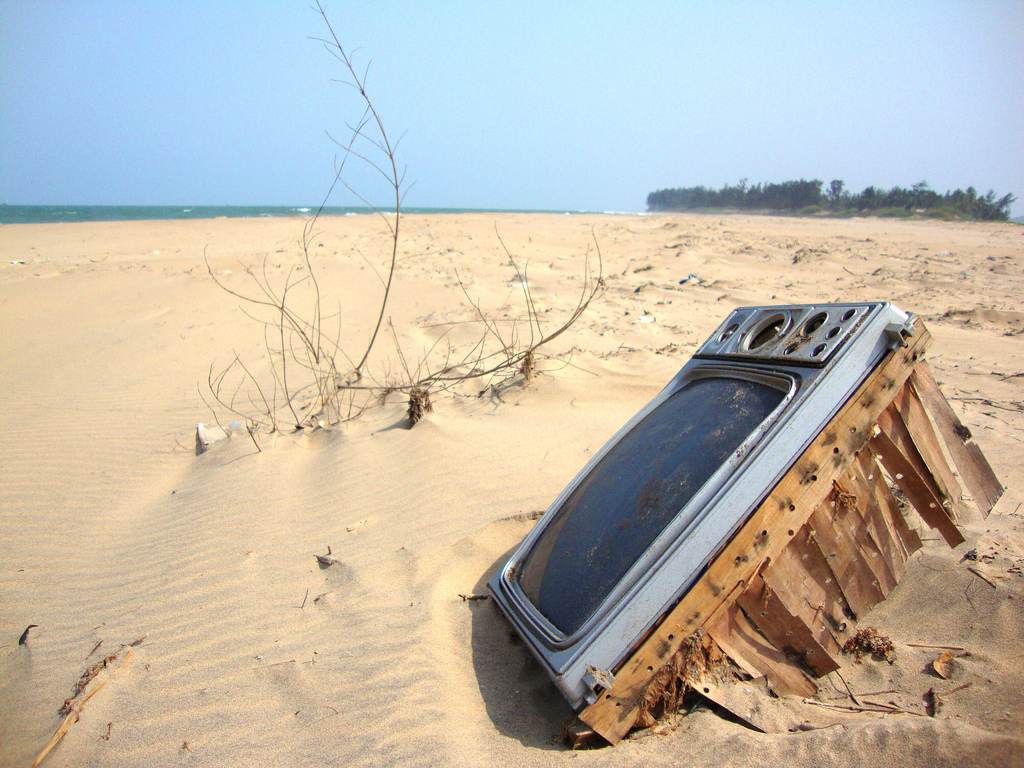 With electronics makers like LG and Samsung selling tens of millions of flat screen TVs a year, it would seem that the world has largely moved on from older, “traditional” televisions—those with round cathode ray tube (CRT) monitors. CRT TVs are heavier, bulkier, and don’t produce as high-quality a picture as flat screen televisions, which feature LCD, plasma, LED, or the newer OLED technology. In 2009, a study reported by the Washington Post found that over 90 percent of new TV sales were of flat screens. Is there still a place for CRT TVs in the modern world?

As Which? points out, CRT TVs have many disadvantages beyond their size and heft. The media outlet found that CRT televisions consume much more power than flat screens. When powered on, the older TVs can consume more than double the wattage of newer ones. And it’s worse when the TVs are in “standby” mode—while flat screens don’t consume more than 0.1 or 0.2 watts, CRTs can pull as many as 13.9 watts. That’s a big drag on your energy bill.

As consumers begin to replace their CRT TVs, they run into a problem—how to get rid of them safely. According to the EPA, cathode ray tubes contain high amounts of lead, meaning that disposing of them properly involves more than just a trip to the dump. Although many countries have laws regulating the disposal of CRT TVs, the United States does not. This makes the prospect of buying a new one even more daunting.

Because demand is so low for older CRT TVs, consumers trying to unload them often can’t find buyers. A big-screen CRT that was the top-of-the-line ten years ago will likely be difficult to sell used, not just because removing and transporting it can be a huge hassle. That means that buyers looking for a large, inexpensive TV probably won’t have much trouble finding one for a low price, or even for free. As long as they’re willing to haul it.

But used CRT TVs aren’t the only ones on the market, at least worldwide. As a 2010 MIT study revealed, there is still strong demand for CRT TVs in the developing world. There, the inexpensive TVs are a desirable luxury good for consumers without a ton of extra income. And although CRT TV sales began to decline for the first time in 2005, sales have leveled off due to robust demand in Asia and Latin America.

And there’s another bright sign in the world of CRT TVs. As that MIT study found, the supply of recycled CRT TVs is actually high enough that manufacturers are able to use entirely recycled glass in building new sets. And those in the recycling market, in turn, can plan on being able to find someone who will disassemble their old CRT TVs for parts.

For American consumers looking for a new TV, it doesn’t make much sense to buy a cathode ray tube television set. And they might be hard-pressed to find one new, in any case. But for those looking for something cheap, whether in the United States or elsewhere, there is still a place for the traditional TV set.

Henry Watkins is a freelance writer specializing in tech topics of all sorts. Henry recommends that laptop owners check out the kensington usb adapter to supplement their computing experience.