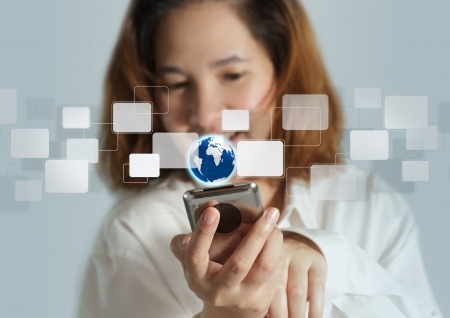 For Android users, there could be nothing more annoying than seeing Apple fans expressing their undying desires to get the next iOS devices. It seems each year, loyal Apple lovers become incredibly vocal. Even experts and analysts find it blasphemous if they don’t claim that a new iPhone model is the best device ever launched. As Apple is planning to hit the shelves with a couple of new iPhone models, the rapidity of loyal Apple followers will hit a new high.

We also begin to hear grandiose assertions from industry analysts that these two handsets will be massively successful. Nevertheless, there are no indications that both iPhone models will offer groundbreaking hardware and software solutions. In fact, users of current high-end Android devices may consider them as boring and mediocre. For them, the iPhone 5 looks unimpressive with its puny 4-inch display, dual-core processor and lack of microSD card. There’s no denying that Apple’s next iPhone models could disappoint the market, while competing Android device manufacturers continue to deliver more impressive solution.

Honestly, the low-cost iPhone won’t be an exciting device when it is released. It would be essentially a cut-rate device with smaller display and less capable hardware. It would be designed as the company’s response to affordable Android devices. For this reason alone, it would fail to become a groundbreaking device. Android mid-range devices with comparable prices may eventually offer better hardware specs sheet compared to the low-cost iPhone.

It’s quite true that the iOS 7 has different design compared to the iOS 6, but except for a number of enhancements; we don’t see anything new. It will have similar applications that only work a bit better. Apple should offer similarly as significant as Siri with upcoming minor updates of iOS 7.

Sadly, Apple is all about bottom lines and business these days; and less about groundbreaking innovations. Its current business plans are focused more on generating more profits and increasing margins. Apple is slowly abandoning technical innovations that made it a dominant player in the industry. It’s about time both Apple and its loyal fans acknowledge this fact.

Hypes on future iOS devices are typically fueled by leaked information. But there’s nothing impressive with leaked photos that crop up over the past few months. Future iPhone models look similar to the iPhone 5 and it is as if Apple doesn’t bother cooking up something impressive to wow the crowds. It appears that recent leak point at another boring device.

For Apple, it is better for them starting to cut the nonsense and bring the excitement back. Later Apple’s iPhone unveiling events are disappointingly boring. While the company looks groundbreaking with its original iPhone in 2007, Apple hardly changes over the years. The iPhone 5 still has the same design concept and the display size makes it more comparable to budget Android devices. Sure, it uses a different materials, it doesn’t stop the fact that the iPhone is an increasingly boring lineup. To solve the problem, Apple shouldn’t consider itself above the clouds and start paying attention how Android device manufacturers build up interests among consumers with their innovative features. As an example, Apple should realize that the iPhone 5S won’t match the Sony Xperia Z1 and Samsung Galaxy S4. There’s a quite good chance that both devices will still be more desirable than the iPhone 5S. If this continues to happen there will be a day when consumers won’t even give a new iPhone model a second glance.

People would agree that Steve Jobs could be the only one who could generate enough excitement around new Apple products. It was interesting and exciting to see how Steve Jobs unveiled new products. He brought plenty of entertainment to consumers but sadly his era is over. Jobs’ replacement, Tim Cook is a competent professional, but he is more an administrator than a true innovator. He can manage things properly, but under his leadership, Apple no longer takes chances the way it once did. Apple should begin to push the technical envelope once more. Consequently, the iPhone 5S doesn’t look like a promising prospect for people who always expect groundbreaking things from Apple.

In a way, it is understandable why the iPhone 5S looks rather unimpressive. 2013 is an off year for the iPhone lineup. Apple typically offers major update to its iPhone line every other year. The iPhone 5 with its larger display was one such update last year. Like the iPhone 3GS and iPhone 4S; the iPhone 5S would bring us only fewer feature upgrades. In a previous conference call, Cook said that Apple will have bold and big launches in 2014. In other words, he simply stated that really cool stuff from Apple will only arrive next year.
Author Bio

Mark is a software developer and a gadget lover. He occasionally blogs about gadgets. He is a music lover and uses the iphone 5 speaker dock to connect his iPhone for music whenever he is programming or blogging.