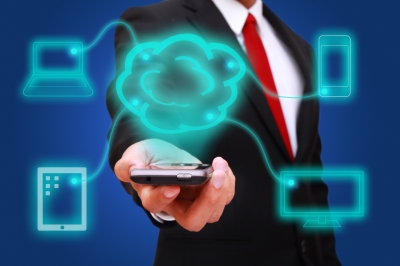 With the increasing proliferation of Web services that provide cloud computing innovations, more companies have begun to adopt an external model in which their applications, services and data are stored and accessible in the cloud. It’s an excellent system for companies who want to be able to rapidly expand while keeping costs low, but it’s not completely suitable for other companies who still need to provide internal, non-cloud services. As a result, some organizations have begun to use a hybrid system that combines both external and internal servers.

Greater than the Sum of its Parts

Although it shares the common paradigm of “the cloud,” a hybrid cloud system is very distinct from a separate, standalone cloud architecture. Public clouds are systems from a third-party provider that can manage simple or straightforward applications, such as email. They’re also scalable and low maintenance, yet public clouds aren’t optimized for complex specific tasks. The private cloud, however, is a system of hardware and servers that emphasizes specific performance as well as security and governance, but with a greater cost.

What the hybrid cloud does is create a system of connections between the public and private clouds such that a company will not only combine both strategies, but also create a model that reaches a greater purpose than both could individually. As an example, a company could adopt a Software as a Service (SaaS) program, yet still be concerned with the security of the data. It could use the public portion to host the service while using the private portion to store critically important data.

Widespread Adoption in the Coming Year

In 2014, the use of the hybrid cloud is expected to increase as part of many new tech trends, with more and more companies implementing a hybrid cloud infrastructure to provide the right balance of storage solutions and services. Currently, over 64 percent of companies in the financial services industry and 47 percent in the healthcare industry have already adapted some form of a hybrid cloud as a part of their services. These two industries both rely on an expandable public application, such as a banking website or healthcare signup form, but they also keep extremely private and volatile data, such as customer’s social security numbers, bank transactions, patient’s health histories and other data. Hence, it makes sense that these industries have already adopted hybrid cloud systems; they wouldn’t want to store customer or patient data on the public cloud, as it would be subject to possible attack, but they still need an interface that’s too expansive for a private cloud. In other industries, the trend of hybrid clouds is still slowly expanding.

In the future, hybrid cloud computing will greatly expand, with projected growth to over 50 percent of large companies by 2017. Soon more companies, other than just those in the financial and healthcare industries, will adopt the hybrid cloud due to the mix of accessibility and privacy it provides. Beginning next year, it wouldn’t be surprising to see more companies adapt for more expansive hybrid cloud solutions.