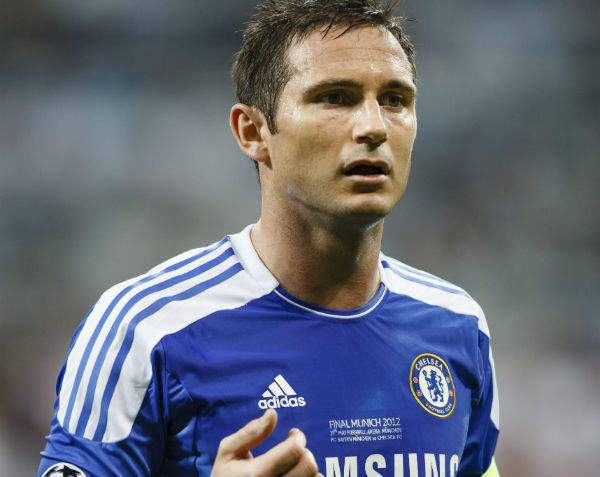 Who is Frank Lampard?

Frank Lampard is a former English professional soccer player who played as a midfielder for  Chelsea F.C. in the English Premier League and the England national team. He also has the ability for scoring amazing goals for his team. He also holds the record for being the all-time top scorer for his club, with 211 goals to his name in all competitions. He is also considered England’s most prolific penalty taker ever.

Frank Lampard is widely accepted as one of the best midfielders of his generation, as well as the greatest player Chelsea ever had. He has been hailed by many renowned opponent team managers as the best player in the world, including José Mourinho and Luiz Felipe Scolari.

Frank Lampard has made a record 609 appearances on Premier League, after Ryan Giggs (632) and Gareth Barry (615), and is the fourth highest scorer with 177 goals. After leaving Chelsea, he joined the NYCFC team to play in the US Major League Soccer. He has also written an autobiography, titled ‘Totally Frank’, and a series of children’s novels detailing the adventures of the protagonist Frankie with his magic football.

Frank James Lampard was born on June 20, 1978, in Romford, London, England, into a family of footballers. His father, Frank Lampard, Sr. is a former professional footballer who played for West Ham United.
Frank is the youngest child of his parents, and has two sisters, Natalie and Claire. His mother, Patricia Harris, died of complications from pneumonia on April 24, 2008.

His uncle Harry Redknapp is a football manager who is currently in charge of the Birmingham City football team. His cousin, Jamie Redknapp, is a football pundit and a former professional footballer.

He has two daughters; Luna-born 22 August 2005 and Isla-born 20 May 2007 with his former fiancée, Spanish model Elen Rivas. Since October 2009, Lampard has been in a relationship with presenter Christine Bleakley. Their engagement was announced by Lampard’s agent on 15 June 2011.

Frank Lampard started his career at his father’s former club, West Ham United, where he joined the youth team in 1994. His father was still associated with the club as the assistant coach, while his uncle Harry Redknapp was the manger.

He signed a professional contract with the club in 1995, but made his debut for the Second Division Swansea City team in October that year, while playing nine matches as a loan player.

He scored his first goal against Brighton & Hove Albion before returning to West Ham in January 1996, following which he debuted for the team as a substitute against Coventry City on 31st January.
He made his first start for The Hammers in an away match against Arsenal on August 17, 1996, but could not play the full season as he sustained an injury.

Frank Lampard started the 1997-98 season scoring a winning goal just after entering the field as a substitute against Barnsley, and went on to score his first hat-trick in a League Cup match against Walsall.

In the 1998-99 season, he took his team to fifth place in the Premier League and helped his club qualify for the UEFA Intertoto Cup. In the following season, he scored his first goal in European football against Finnish team Jokerit, followed by another goal in the semi-final against Heerenveen and one more in their final win against Metz.

Following their UEFA Intertoto Cup win, they entered the 1999–2000 UEFA Cup, in which he scored his first goal against Osijek on September 16, 1999. His club team performed poorly in the 2000-01 season, even though he was the third top scorer with 9 goals. He eventually left the club in June 2001, signing an £11 million deal with Chelsea.

Frank Lampard debuted for Chelsea on August 19, 2001 against Newcastle United, and was named in the ‘PFA Team of the Year’ in 2004. The same year, he also secured the second spot in the ‘FWA Footballer of the Year’ award, losing to Thierry Henry.

He scored both the goals in Chelsea’s 2-0 win against Bolton Wanderers, winning the Premier League title for the team and earning the 2005 ‘Footballer of the Year award’ for himself. In the following season too, he helped Chelsea win the Premier League and assisted in the winning goal by Didier Drogba in the 2007 FA Cup Final.

He played only 40 matches in the next season due to injury, but still managed to win the ‘UEFA Club Midfielder of the Year’ honor. He became the highest-paid Premier League player after signing a £39.2 million deal with Chelsea on August 13, 2008.

He scored one of his best goals against Hull City in October 2008, for which he was praised by FIFA World Cup-winning coach Luiz Felipe Scolari. He scored the winning goal in the FA Cup Final against Everton and was later named Chelsea’s ‘Player of the Year’ for the third time.

In October 2009, he was nominated for the ‘FIFA World Player of the Year’ award for the sixth consecutive year. He also helped his team win the Premier League title that season and the 2010 FA Cup.
After an injury-ridden 2010-11 season, he led his team to the 2012 UEFA Champions League final in the next season and lifted the trophy in their win against Bayern Munich in penalty shootout.

He also played crucial role in their semi-final win against Barcelona, a match they were down by 2-0.
He captained his team in the UEFA Europa League final on May 15, 2013, a match they won against Benfica by 2-1. He left the club in 2014 and announced that he had signed a two-year contract with Major League Soccer team New York City FC.

His MLS debut was subsequently delayed as he kept playing for parent club Manchester City. It was later revealed that he never actually signed the contract, which made furious fans ask for refund of ticket money.
He made his debut for NYCFC on July 1, 2015 as a substitute and was later named to the 2015 MLS All-Star Game roster. During his second season there, he helped his team qualify for the MLS Cup Playoffs for the first time, but retired from professional football at the end of the season.

Frank Lampard made his international under-21 debut for England on November 13, 1997, and played his first match for the English national team on October 10, 1999. He went on to become the eighth player to play 100 matches for the national team.

Frank Lampard has helped Chelsea win many titles including three FA Premier Leagues, four FA Cups, two Football League Cups, one UEFA Champions League and one UEFA Europa League title.
He has been named ‘England Player of the Year Award’ twice and the ‘Best player of FA Cup’ three times. In 2015, he was awarded the ‘Officer of the Most Excellent Order of the British Empire’ honor.

Frank Lampard was engaged to Spanish model, Elen Rivas, from 2006 to 2008. They have two daughters together, Luna and Isla.
He started dating TV presenter Christine Bleakley in October 2009. They got engaged on June 15, 2011, and married on December 20, 2015.

How much does Frank Lampard earn?

Frank Lampard net worth : According to reports in 2019, Derby were willing to improve Lampard’s salary to £2.5 million ($3m) a year in order to persuade him to remain as Rams boss.

However, it looks increasingly likely that he will opt to join Chelsea instead, with the Blues believed to be offering more than double that amount – in the region of £5 million ($6m) a year.

Lampard broke into the Forbes list of the world’s highest-paid athletes in 2015, during the final stages of his career as he wound things down at Manchester City and Major League Soccer side New York City.

At that point, he was said to have been earning $19.7 million (£15.5m) between his salary and commercial sponsorship deals. However, unsurprisingly, he dropped off the list in 2016 after hanging up his boots.

Frank Lampard featured on the cover for the International edition of ‘FIFA 10’ video game by EA Sports. He registered a high IQ score on Mensa during neurological research at Chelsea.