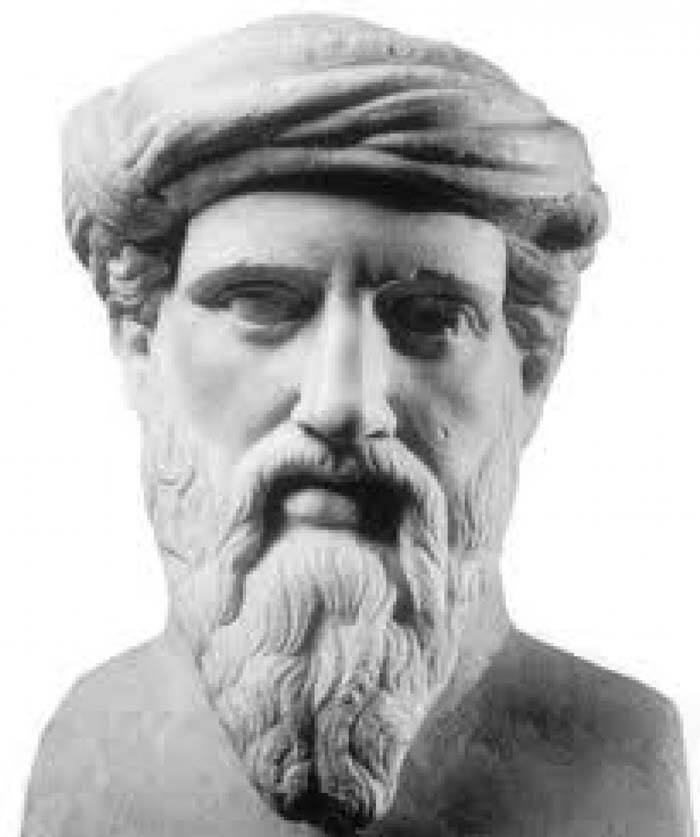 Find Out about the Most Famous mathematicians in History

A list of the greatest and most influential mathematicians.

Thales (c. 624 – c.547 BC) Greek philosopher who is considered one of the first mathematicians. Thales made pioneering use of geometry to calculate height and distance. He also used deductive reasoning in creating ‘Thales’ theorem. Thales was an important figure in the ‘Scientific Revolution of Ancient Greece, which rejected the use of mythology and developed science and reason.

(c. 570 BC – c 495 BC) Greek philosopher, spiritual leader and mathematician. Pythagoras is believed to be one of the first Western men to describe himself as a philosopher – ‘lover of wisdom’ His philosophy was based on the mystic traditions of Egypt and Greece. He is also credited with ‘Pythagoras theorem’ – about the relation of triangles in geometry.

Euclid (c. 325 – 265 BC) Greek mathematician. Euclid is often referred to as the ‘father of modern geometry.’ His book ‘Elements‘ provided the basis of mathematics into the Twentieth Century.

Archimedes (287 B.C – 212) Mathematician, scientist and inventor. Archimedes made many contributions to mathematics, such as a calculation of pi, geometrical theorems and developing a concept of exponentiation for very large numbers.

Aryabhata (c. 476 – c. 550) Indian mathematician and astronomer. Aryabhata was influential in the development of trigonometry. In astronomy, he made accurate explanations of lunar eclipses’ and the circumference of the earth. His great works include: Āryabhaṭīya and the Arya-Siddhanta

Rene Descartes (1596 – 1650) French philosopher and mathematician. Descartes made important discoveries in analytical geometry (bridging algebra and geometry), calculus and other fields of mathematics.

Pierre de Fermat (1601-1665) French lawyer and amateur mathematician. Fermat helped develop infinitesimal calculus. Best known for his ‘Fermat’s Last Theorem, which he described in a margin of a copy of Diophantus’ Arithmetica.

Blaise Pascal (1623-1662) French mathematician, philosopher and inventor. Pascal worked on projective geometry and corresponded with Pierre de Fermat on probability theory. Pascal’s Triangle is a term given to his presentation on binomial coefficients, (“Treatise on the Arithmetical Triangle”) of 1653.

Sir Isaac Newton (1642-1726) English scientist. Newton made studies in mathematics, optics, physics, and astronomy. In his Principia Mathematica, published in 1687, he laid the foundations for classical mechanics, explaining the law of gravity and the Laws of Motion. In mathematics, he also studied power series, binomial theorem, and developed a method for approximating the roots of a function.

Gottfried Wilhelm von Leibniz (1646-1716) German mathematician, innovator and philosopher. Leibniz developed mechanical calculators and worked on theories of calculus. In philosophy, he was a leading rationalist philosopher – also noted for his optimism about the universe.

Joseph Louis Lagrange (1736 – 1813)  Italian mathematician and astronomer. He made significant contributions to the fields of analysis, number theory, and both classical and celestial mechanics.

Ada Lovelace (1815-1852) English mathematician. Daughter of Lord Byron, Lovelace developed an interest in maths and logic and worked with Charles Babbage writing one of the first computer algorithms – Work on the Analytical Engine. Lovelace saw the potential of computers to be more than just calculating machines.

Bernhard  Riemann (1826-1866) German mathematician, who made substantial contributions to analysis, number theory, and differential geometry. His work was a precursor to the general theory of relativity.

David Hilbert (1862-1943) German logician/mathematician. Hilbert was influential in the Twentieth Century study of maths. He was one of the founders of proof theory and mathematical logic. He created the invariant theory, the axiomatization of geometry and the theory of Hilbert spaces.

Albert Einstein (1879 – 1955) German/ US. Revolutionised modern physics with his general theory of relativity. Won Nobel Prize in Physics (1921) for his discovery of the Photoelectric effect, which formed the basis of Quantum Theory.

Alan Turing (1912-1954) British computer scientist. Considered the father of computer science and one of the most brilliant minds of Twentieth Century. Cracked the enigma code during the Second World War.

John Forbes Nash, Jr. (1928 – ) – American mathematician. Worked on game theory, partial differential equations and differential geometry. He made great insights into the maths of chance and complex decision making. Awarded Nobel Prize in Economics 1994. His life was the source material for film ‘A Beautiful Mind’

People of the Enlightenment (1650s to 1780s) The enlightenment is a period which saw the growth of intellectual reason, individualism and a challenge to existing religious and political structures.

Great Thinkers – Influential and insightful thinkers, who have made significant contributions in fields of science, philosophy, literature and the humanities.

Philosophers – Some of the world’s greatest philosophers, including Socrates, Plato, Descartes, Kant, Spinoza and David Hume.