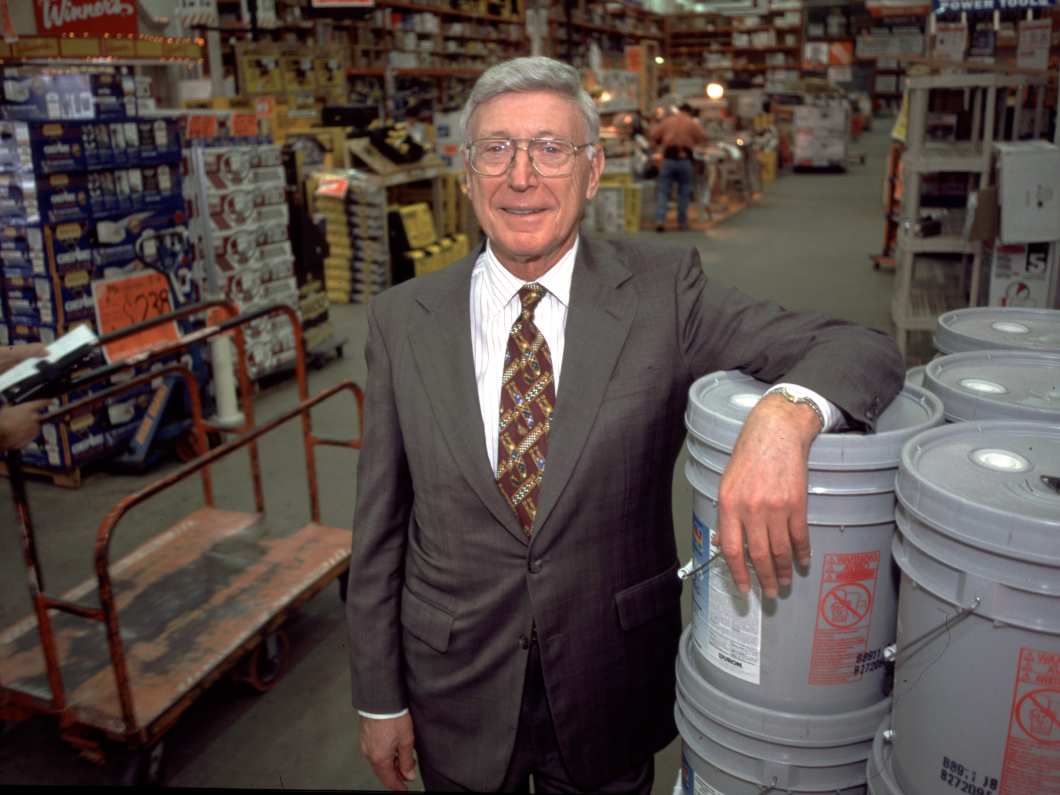 Home Depot cofounder Bernie Marcus has a plan for how to spend his fortune, he told the Atlanta Journal-Constitution . After the 90-year-old billionaire dies, 80-90% of his total wealth will go to his foundation to build centers to help disabled veterans around the country, fund medical research, care for children with autism.

Aside from philanthropy, Marcus is also a major political donor : He supported, and intends to again support, Trump’s presidential bid.

The Atlanta-based billionaire currently has a net worth of $5.9 billion, down from its peak of $10 billion in September 2018, according to the Bloomberg Billionaires Index .

Marcus and his wife Billi signed The Giving Pledge in 2010. He has already donated $2 billion to more than 300 charities, according to the Washington Post .

According to the Atlanta Journal-Constitution , Marcus refused to name the exact sum he will donate, but the newspaper estimates that Marcus could give away a total of $6 billion to charity in his lifetime based on his commitment to donate 90% of his wealth when he signed The Giving Pledge.

billionaire plans on donating up to 90% of his fortune : Donation cause

Marcus was one of Trump’s largest donors in 2016, giving $7 million to Trump’s campaign through outside groups, according to the Center for Responsive Politics. Marcus said he plans to financially support the president in the 2020 election, according to the Atlanta Journal-Constitution.

Donation cause No. 2: Philanthropy

Marcus is a noted philanthropist in Georgia, having donated $250 million to fund the construction of the Georgia Aquarium, which opened in 2005. Marcus has also made contributions to an autism center and Grady Memorial Hospital in Atlanta, according to the Atlanta Journal-Constitution.

Healthcare and medical research is the fourth-most common cause that billionaires donated to in 2018, Business Insider previously reported . Marcus’ political donations are less common among billionaires, as only 12.4% donated to public affairs causes. Education charities are the most popular, receiving donations from 79.5% of billionaires.

“I’ve got all the houses I need,” Marcus told the Atlanta Journal-Constitution . “I live very well. My kids are taken care of. Everything I live for now is finding the right things to put my money into and that can give me a rate of return in emotion and doing good things for this world.”

Marcus cofounded Home Depot in 1978 with Arthur Blank after they were fired from their jobs at another hardware store, according to Forbes . Marcus was the company’s first CEO and retired in 2002. Bloomberg reports that the chain of home improvement superstores now has over 2,200 locations in North America and made $108.2 billion in revenue during the 2018 fiscal year.

see also :
Trump backs push for Bible Study in Schools
How to make Your Website Show Up On Google in 2019

billionaire plans on donating up to 90% of his fortune