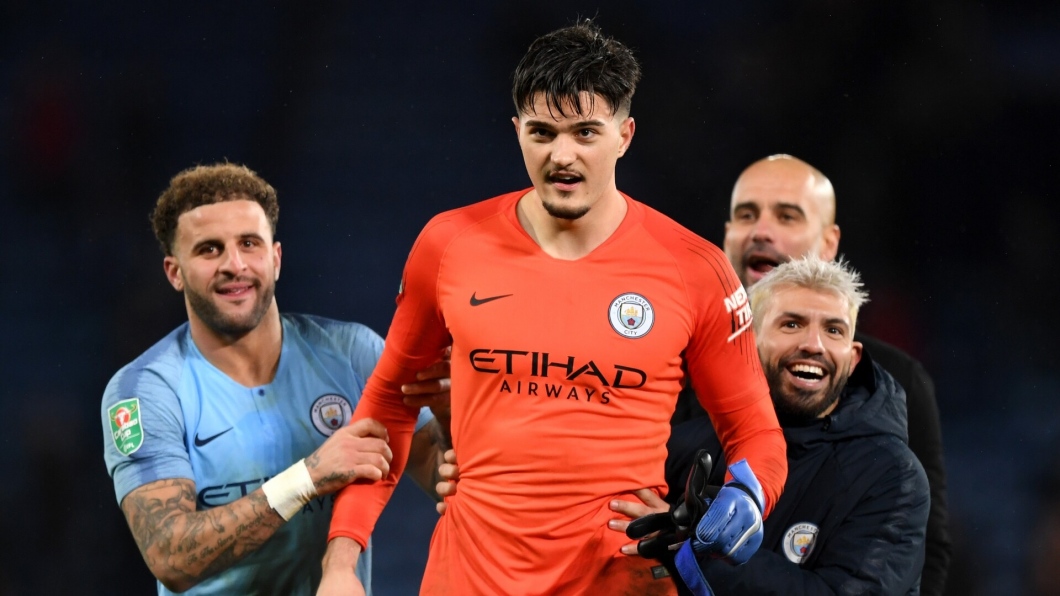 The True story and Facts about Felix Nmecha

Who is Felix Nmecha?

Felix Nmecha is a professional soccer player, and was born on 10th  October 2000 in Hamburg, Germany, grew up in England and has earned international recognition with England U16s.

A midfielder with eight years’ experience in the City Academy, he’ll provide competition in the U18’s engine room this season.

Not content to leave the goal scoring exploits to his older brother, Felix began the 2017/18 campaign with an impressive strike ratio from midfield.

He was on the mark with a fine curling effort in the 4-1 win against Wolves in August and this was followed by a stellar showing as he netted a hat-trick to inspire the young Blues to a  5-1 victory over Blackburn Rovers.

He made his official Manchester City Debut on 23 january 2019, played twice for Germany’s under-18s before representing England on three occasions at under-19 level.

Performances like these made it no surprise to see Felix on the cusp of a first team debut, with the 18-year-old named on the bench for the Champions League group stage tie against Hoffenheim, and the Carabao Cup quarter-final clash with Leicester City.

But it was the latter competition in which he made his first senior appearance, coming on as a second half substitute in our 1-0 win in the second leg of our Carabao Cup semi-final against Burton Albion.

Felix Nmecha is set to be the latest Manchester City academy graduate to be given a taste of life with Pep Guardiola’s first team at the Etihad.

The 18-year-old – who is the brother of Preston forward and City loanee Lukas – has caught the eye with the Blues’ Elite Development Squad this season after an impressive campaign with the under-18s this season.Nmecha, like his older brother, was born in Germany before moving to England as a child and signing on at City nine years ago.

A commanding midfielder, Nmecha has scored three goals in five games in the Premier League 2 this season. He added another goal to that total in his four showings in the UEFA Youth League in the current campaign, after playing a pivotal role in City’s run to the semi-final of the competition in the last campaign’s edition.

What has Lukas Nmecha said about him?

The on-loan City forward spoke about his brother in his Lancashire Evening Post column.”My younger brother Felix is also at City and he turned 18 recently,” he said.

“At the moment Felix has chosen to play for Germany at international level, while I’ve chosen England. We have both got time to decide to change if needs be but we are both happy with what we are doing.

“People ask if there is a bit of brotherly rivalry between us but there isn’t really. We get on well and want to see one another do as well as possible. Felix is just under two years younger than me so we are not too far apart in our development as players.”