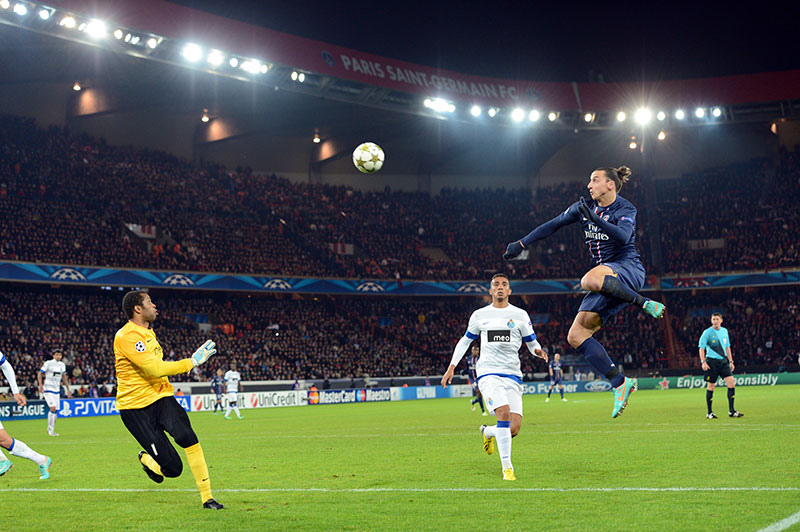 How can you talk about Portugal and not to mention football? It’s impossible! Football is a highly respected sport there. In Portugal, everyone loves football. It’s like a religion. If you don’t like football, then at least you are strange. If you are a girl and don’t like football, then you will be forgiven, but only on the condition that you are crazy about Cristiano Ronaldo.

As a result, football is the most developed sport in Portugal. Speaking about national league, Portuguese ‘Primeira’ includes 18 teams, and all of them have their own home football arenas. So, which ones are the most impressive?…

Estadio da Luz is the football stadium in Lisbon, the largest arena in Portugal. Its name is translated from Portuguese as ‘The Stadium of Light’.

The stadium has a capacity of 65,647 people and it’s a home arena of the football club ‘Benfica’. Also, the national football team of Portugal plays there.

Estadio da Luz is not in vain called ‘The Stadium of Light’ – it was specially designed to let as many sunshine onto the football field as it’s possible. This is facilitated by a polycarbonate roof supported by four 43-meters-high steel arches.

In 2004, several matches of the European Football Championship 2004 took place on Estadio da Luz, including the final match in which Greece defeated the Portuguese national team with a score of 1: 0. 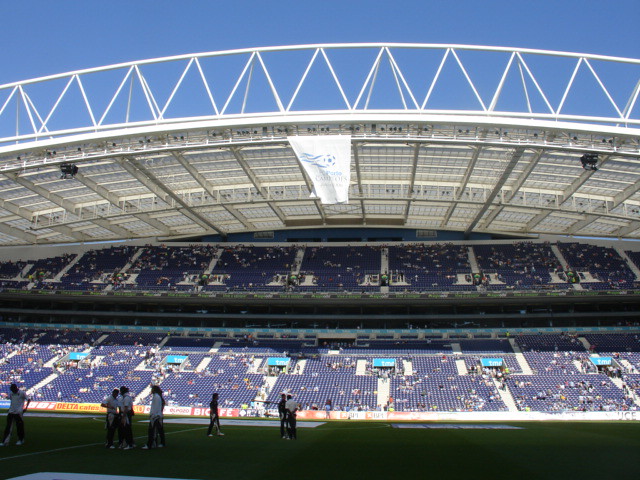 Estadio do Dragao is situated in Porto and it’s the second largest stadium in Portugal after Lisbon’s Estadio da Luz. This is the home arena of FC ‘Porto’. It was built especially for the European Football Championship 2004 and replaced old Estádio das Antas.

The opening of the stadium took place on November 16, 2003, with a match between Porto and Spanish Barcelona, ​​which ended in a 2:0 victory for the Portuguese team. The cost of building of ‘Dragao’ is over 98 million euros. Its capacity is 52,399 spectators.

During the 2004 European Football Championship, five matches were played at the Dragao stadium, including the opening match, the quarterfinal and the semi-final between the national teams of Greece and the Czech Republic (1:0). 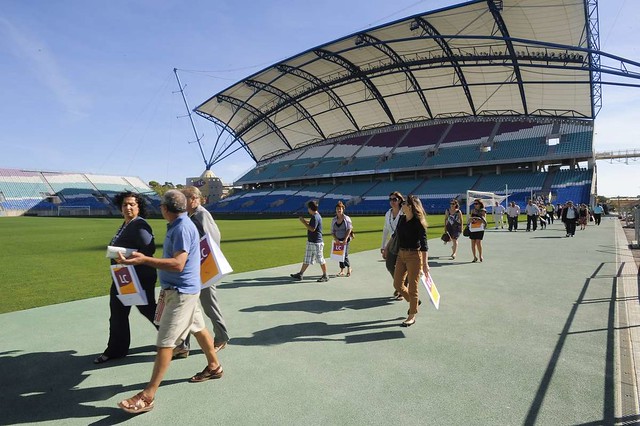 Estadio Algarve is located in Faro. It was opened in 2003 and can accommodate 30,305 people. The stadium is home for two football clubs – ‘Fahrense’ and ‘Lawletano’.

Each year the final match of the Algarve Cup played among the women’s national football teams is held on this arena.

In 2004, the Algarve Stadium hosted three matches of the European Football Championship, including one quarter-final between Sweden and Holland, which ended with a Dutch victory. 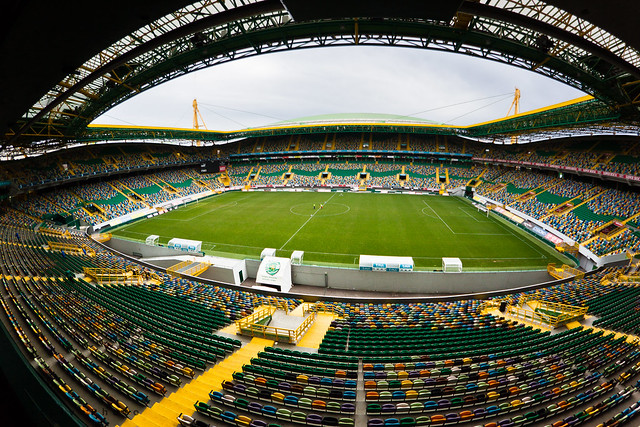 Estadio Jose Alvalade is situated in Lisbon. The stadium is a home arena of the football club ‘Sporting’, and its stands can accept 50,049 people, which makes it the third largest stadium in Portugal after Estadio da Luz and Dragao. As for the price, over 121 million euros were invested in the construction.

The stadium was officially opened on August 6, 2003 with a match between the local ‘Sporting’ and the English ‘Manchester United’, which ended with a score of 1:3.

During the European Football Championship 2004 held in Portugal, there were 5 matches played on this football field: 3 matches of the group stage, quarterfinals and semi-finals. Also, in 2005 the final match of the UEFA Cup took place at Estadio Jose Alvalade. 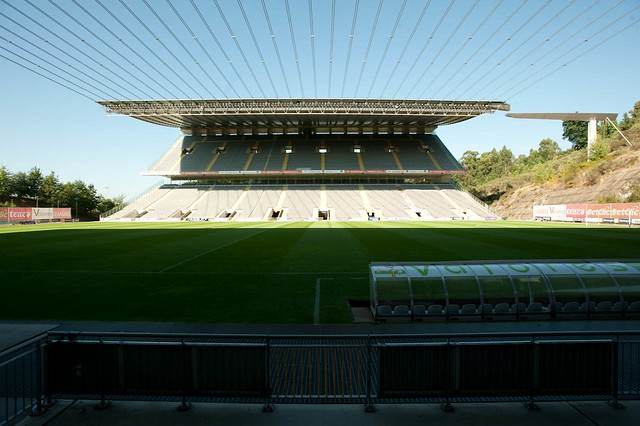 Estadio Braga Municipal is a major football arena of Braga. It was built in 2003 and has a capacity of 30,154 spectators. Local football club ‘Braga’ plays its home matches at this field.

During the 2004 European Championship, two matches of the group stage of the tournament were played at Braga Municipal. 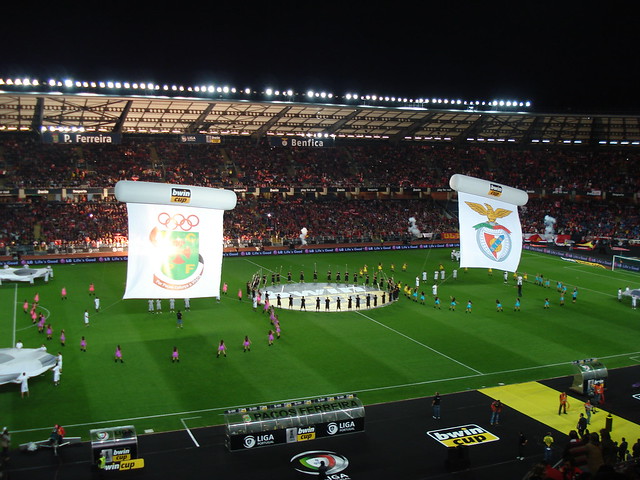 Estadio Cidade Coimbra is a home arena for the football club Academica. Generally, it’s a multi-purpose sports complex with a football field, treadmills and other athletics facilities.

Before the European Football Championship 2004, the stadium was reconstructed and expanded to 30,210 seats. The official opening of the new Estadio Cidade Coimbra took place on September 27th, 2003 with a concert of the British rock band ‘The Rolling Stones’. The first football match at the restored stadium was held on October 29, 2003, in which local ‘Academica’ lost to ‘Benfica’ with a score of 1: 3.
Numerous football stadiums of Portugal show the love and passion of the locals to this sport. Each arena has witnessed unforgettable battles both of the national league and European Championships. So, if you’re a big fan of football and want to experience it, visit some of these arenas. We recommend you to rent a car in Porto and start your football trip from Estadio do Dragao.