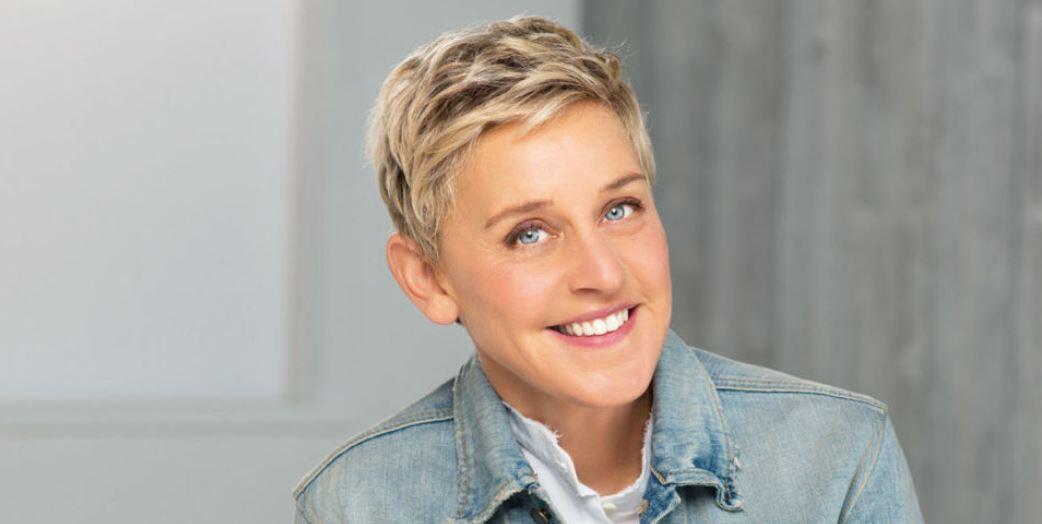 Who is Ellen DeGeneres?

Ellen DeGeneres is an American comedian, television host, actress, writer, and producer. Ellen was starred in the sitcom Ellen. She has also hosted Emmy-winning Syndicated TV talk show, The Ellen DeGeneres show. She is best known to young audiences as the voice of the endearing but absent-minded fish Dory in the blockbuster animated hit Finding Nemo.

Ellen DeGeneres was born on January 26, 1958, in Metairie, Louisiana, the USA. She is French, English, German, and Irish descent.

Her birth name is Ellen Lee DeGeneres. Her mother is Betty DeGeneres, a speech therapist, and father Elliott Everett DeGeneres, an insurance agent. Her brother is a musician as well as a producer. She was raised as a Christian Scientist until the age of 13. She later moved to Atlanta Texas after their parents divorced and her mother remarried to a salesman, Roy Grussendorf.

Ellen DeGeneres is a lesbian. She said that she is a lesbian on “The Oprah Winfrey Show” in 1997. The same year Ellen started her romantic relationship with Anne Heche, an American actress. Their relationship lasted for near about 3 years and they split up in 2000. After her breakup with Anne, she had a very close affair with Alexandra Hedison and were on the cover of The Advocate, an LGBT magazine.

The couple later separated. Ellen later had a relationship with Portia de Rossi an American actress and model.

They later got engaged after the ban on same-sex marriage was removed. On August 16, 2008, they got married at their home in Beverly Hills, California. Later Portia filed a petition to legally change her name to Portia Lee James DeGeneres. The couple now live with their four dog and three cats in California.

Ellen is a graduate of Atlanta High School and went to study major in communication from the University of New Orleans but dropped it after 1st semester.she left the University to do clerical work in a law firm.

Before starting her career in stand-up comedy, Ellen did many jobs like waitress, hostess, bartender, house painter. Her first standup comedy was in small clubs and coffee houses and later became the “EMCEE” (Master of Ceremonies) at the “Clyde’s Comedy Club” in New Orleans. At the same time, Showtime entitled her as the Funniest Person in America.

She was the first comedian who was invited to “The Tonight Show Starring Johnny Carson” citing the similarities between her and Bob Newhart. In 1989 she worked for the movie like Ellen’s Energy Adventure and Coneheads and was also seen in a sitcom “Open House”. She was also characterized as Nurse Nancy MacIntyre in a sitcom Laurie Hill which led her to another show These Friends of Mine. The second season of the show was named after her “Ellen” aired on ABC Network in 1994.

Ellen was also the presenter of Grammy awards in 1996 and Emmy Awards in 2001. In 2001 she was again seen on screen aired on CBS Network on The Ellen Show Which was followed by the talk show ‘The Ellen DeGeneres Show’ hosted by her. She even hosted the show from the hospital when she was bedridden with a torn ligament. Ellen also gave her voice in “Finding Nemo” as a dog.

Ellen again got a chance to present “2005 Primetime Emmy Awards” aired on CBS Network. Ellen also worked for the Emmy Award-winning ad campaign on 2006 and also worked for few advertisements of American Express. She was also appointed to host 79th Acadamy Award and became the first Gay or Lesbian to host the show and in 2014 she again hosted the award for the second time.

In 2010 she was seen as the judge in American Idol just for the single season. The Same year she launched her record company Eleveneleven. In 2016, her voice was again heard as Dory’s voice in the movie Finding Dory. the same year she also played in The Big Bang Theory as Ellen. She also won the Saturn Award, Nickelodeon Kids’ Choice Award’ and ‘Annie Award in the category Best Supporting Actress for the film Finding Nemo.

Ellen DeGeneres: Salary and Net Worth

Ellen posted a photoshopped version of the now-famous snapshot of Olympic runner Usain Bolt. She appears to be riding on his back. Which was accused saying the image of a white woman on a Black man’s back is offensive.

It has been rumored now and then about the separation of the Ellen and Portia but every time the rumor comes up, the couple comments that nothing is true about it in spite they are getting in more secure bonds every time.