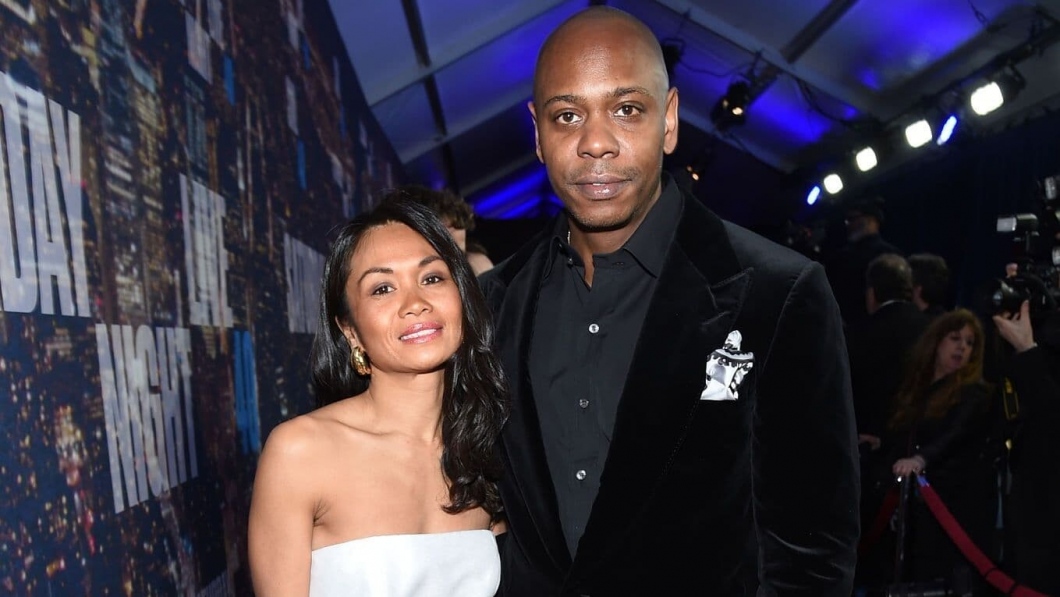 If there is one thing Elaine Chappelle and her family do not lack, it is the ability to laugh and maybe also to take a joke. And why not? She’s married to a laugh box – the renowned comedian, Dave Chappelle. Elaine may not be among the names that come to mind when you think of celebrities but she is a perfect representation of any woman who works behind the scenes to make their man successful. If you want to know what it’s like to be married and working alongside a famous comedian, you can certainly get some tips from Elaine Chappelle.

Elaine Chappelle was born in Brooklyn, New York on August 31, 1974, to Philippino immigrants. Her parents probably left home shortly before Elaine was born to find greener pastures and build a better life for their family. Prior to marrying the famous comedian, much isn’t known about Elaine Chapelle’s life and upbringing.

She walked down the aisle with Dave Chappelle in 2001 and they have been happily married ever since. It is reported though that she was initially hesitant to go out with Dave because she wasn’t comfortable with people that have loud personalities. She later married him after a quick courtship, however, when she discovered that his “loudness” was just a disguise to mask his shyness.

Elaine Chappelle is a proud housewife and homemaker. Before Dave happened to her, she used to harbour dreams of being a chef but decided after having kids that she would do better and derive more satisfaction and joy from being at home to raise her kids. Her husband is definitely proud of her and is quoted as saying that even though she doesn’t work as a professional chef, they regularly eat like kings at home, thanks to her excellent culinary skills. As of 2017, she is also the manager of a number of rental properties that Dave has purchased all over the state of Ohio.

The Chappelle’s are not known for their public sightings, with one of their rare sightings pictured as far back as 2010 when the whole family attended the American-Philippines picnic day, held in Dayton, Ohio. Also in 2017, Elaine Chappelle was captured in a brief segment of Dave Chappelle’s “The Age of Spin: Dave Chappelle live at the Hollywood Palladium 2017″. A show which her husband dedicated to her in its entirety. He revealed in an interview with MTV that Elaine once asked him what he would have done if he wasn’t a comedian and he didn’t have an answer. Who would have thought that could happen to someone who talks for a living.

The Chappelle family is definitely multi-cultural and Elaine Chappelle is clearly proud of the cultural and even religious diversity within in her home. Dave, whose mom is half-white is from Washington DC, while Elaine is from Brooklyn, New York but is of Philippino descent. Obviously stemming from their cultural heritage, Dave once quipped that his children have somehow turned out to be Puerto Rican.That sure got some laughs from his fans.

There is also a religious disparity between Elaine Chappelle and her husband. Dave converted to Islam shortly before he married her but she was raised a Christian her entire life and refused to give it up after marriage. They live surprisingly well together and have respectable debates around religion occasionally. I guess only time will tell which of their religions their children will go with if any at all.

Speaking of children, Elaine Chappelle and her husband have three lovely kids, two boys and a little girl. Sulayman Chappelle, Ibrahim Chappelle and Sonal Chappelle are reflective of their multicultural upbringing.

Elaine Chappelle and her family live in Yellow Springs Ohio, on a 65-acre ranch that happens to be close to Antioch College where her husband’s father taught music. Elaine may not be comfortable with publicity, however, she and her family love being around good people, which is part of the reason why Dave bought the property they now call home. Dave says their neighbours are the best in the world.

Elaine is definitely an asset to Dave supporting him and shielding him from media onslaught. Most notably was when Dave Chappelle worked away from a lucrative career and moved to South Africa after he realised he had not dealt thoroughly with the issues that arose from the death of his father.

The media rumour mills began to spin, accusing him of leaving his wife and turning to a life of drugs and self-medication. Elaine Chappelle was both angered and shocked. She worked at helping her husband to stay in South Africa as long as he needed to work things out as she did not believe he was strong enough to confront and survive the media’s lashings.

Well, he’s back and better and doing more than just comedy, and it’s all thanks to Elaine Chappelle’s bravery and undying support. Good things do come in small packages – and the 5ft 1 inch tall Elaine Chappelle is definitely a blessing to the Chappelle household.