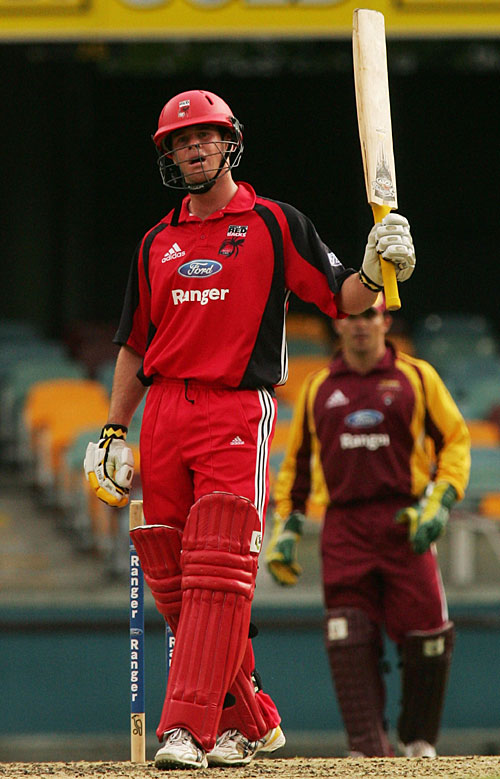 Bangalore: Little-known Australian Daniel Christian was the surprise highest earner at the final day of cricket’s Indian Premier League auction on Sunday, bought for $900,000 by the Deccan Chargers. The all-rounder, who had a reserve price of $50,000, has played just three Twenty20 internationals but performed well recently in domestic games.
“He is worth the money. He is a good fast bowler and a decent batsman. He is also a brilliant fielder,” said Gayatri Reddy, owner of the Chargers.
On Saturday, the first day of the auction, 15 players attracted bids of $1 million or more as team owners including business tycoons and Bollywood actresses competed to sign up players at the auction in Bangalore.
The highest price was for Indian left-handed opener Gautam Gambhir, who was snapped up by Kolkata Knight Riders (KKR) for a record $2.4 million. He was joined in the $2 million club by compatriots Yusuf Pathan, Robin Uthappa and Rohit Sharma.
“I was expecting to get around $1.8 million, but I am thankful to all the teams who bid for me,” Gambhir said. “I’ve always given my best shot while playing for Delhi (Daredevils) and I’ll be at my best for KKR as well.”
The annual IPL tournament revolutionised cricket when it burst on to the scene in 2008 with a high-octane blend of international star players, Twenty20 matches and celebrity glamour.
But it has endured a torrid year involving corruption and tax-dodging allegations, false ownership records, and claims of links with illegal gambling and the criminal underworld.
After IPL founder Lalit Modi was ousted over accusations about his conduct, organisers tried the clean up the event by expelling the Rajasthan Royals and Kings XI Punjab for hiding ownership changes.
But the two teams won their legal battle to return, meaning ten sides will compete in the fourth edition of the IPL, which starts on April 8 – six days after the end of the World Cup, co-hosted by India, Sri Lanka and Bangladesh.
Former captains Brian Lara of the West Indies, Sanath Jayasuriya of Sri Lanka and Sourav Ganguly of India all remained unsold, as did England’s Ashes heroes Ian Bell and Tim Bresnan, and Australia’s Peter Siddle.
Twelve players were retained by their original franchises, with Indian captain Mahendra Singh Dhoni staying with the Chennai Super Kings and Shane Warne and Shane Watson sticking with the Rajasthan Royals.
“We played smart during the auctions,” said Stephen Fleming, former New Zealand captain who is now coach of the Super Kings, which retained four players before the auction. “We tried to get back same set of players who were with us in first three editions. The idea was to make the team strong for whatever price we need to spend.”
The second-highest earner on Sunday was Indian paceman Umesh Yadav, who went to the Daredevils for $750,000. Australian fast bowler Shaun Tait, who has played three Tests, 25 one-dayers and 17 Twenty20 matches, went to the Rajasthan Royals at his reserve price of $300,000.
The players will receive their auction price annually for a three-year period, depending on how many games they play. All-rounder Ryan ten Doeschate will become the first Dutchman to figure in the IPL after being bought for $150,000 by the Kolkata Knight Riders.
The England duo of Kevin Pietersen and Andrew Flintoff held the previous IPL auction record when they went for $1.55 million each in 2009. Flintoff has since retired and Pietersen was bought on Saturday by the Deccan Chargers for $650,000.