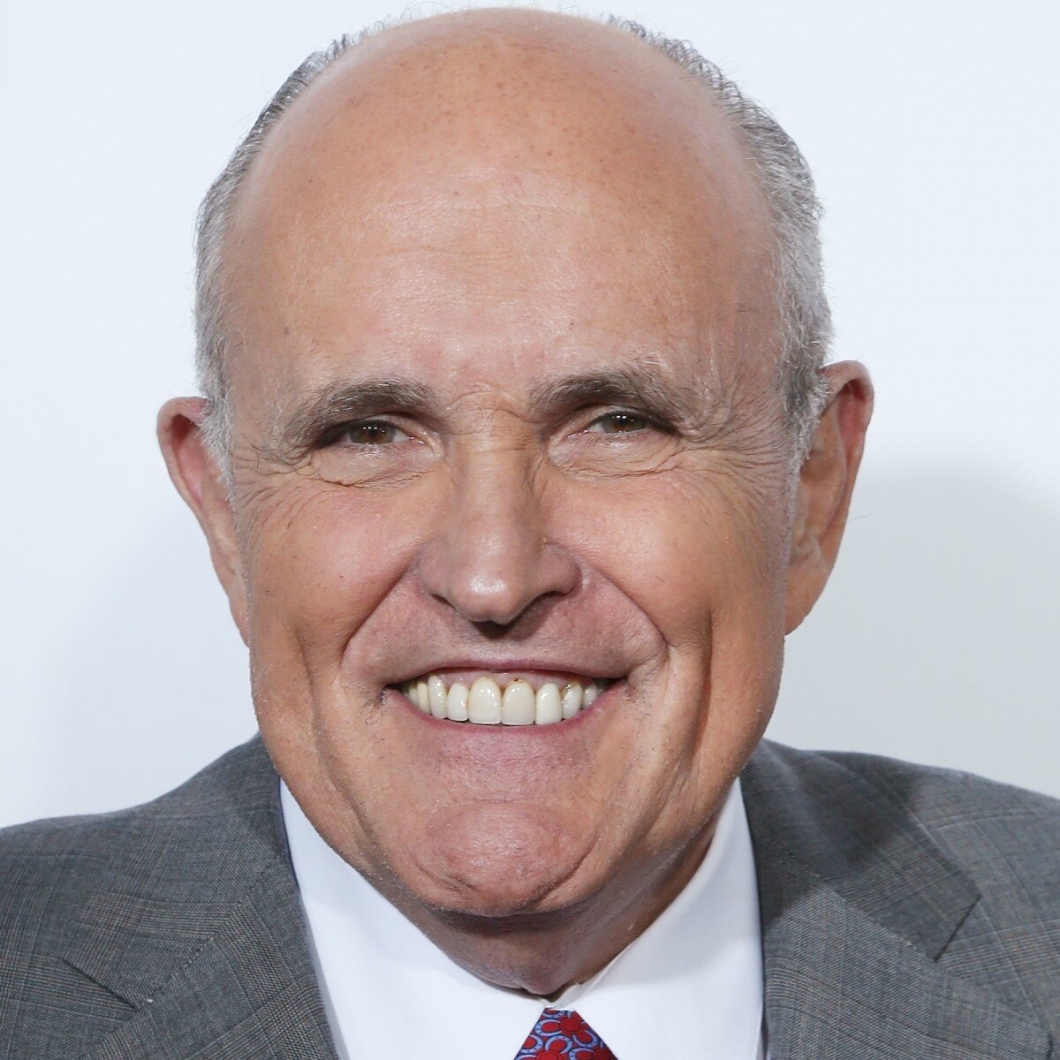 Who is Rudy Giuliani?

Rudolph Giuliani, born on May 28, 1944, in Brooklyn, New York, worked as a private attorney and with the U.S. Department of Justice.

He later won the New York City mayoral race as the Republican candidate in 1993. He stayed in office for two terms, taking a tough view on crime while becoming a divisive figure because of his handling of police abuses and racial issues in cases.

He later unsuccessfully campaigned for his party’s presidential nomination in 2008. Giuliani was also recognized for his focused leadership in the aftermath of the terrorist attacks that felled the World Trade Center in New York City on September 11, 2001.

He later started his own security consulting firm and worked with Donald Trump during the 2016 presidential campaign, before joining the president’s legal team.

Former mayor of New York City Rudolph William Louis Giuliani was born on May 28, 1944, in Brooklyn, New York, into a large Italian-American family that consisted mostly of cops and firefighters.

“I grew up with uniforms all around me and their stories of heroism,”

Giuliani remembers. His mother, Helen Giuliani, was a smart and serious woman who worked as a secretary, and his father, Harold Giuliani, ran a tavern and worked for a brother’s mob-connected loan sharking business.

Although Giuliani only learned the full story as an adult, his father had been arrested in 1934 for robbing a milkman at gunpoint and had spent a year and a half in jail.

“I knew he had gotten into trouble as a young man, but I never knew exactly what it was,”

Giuliani recalled. Nevertheless, Harold Giuliani was an excellent father who was determined not to allow his son to repeat his mistakes.

When Rudy Giuliani was 7 years old, his father moved the family from Brooklyn out to Long Island to distance his son from the mob-connected members of the family, and he instilled in him a deep respect for authority, order and personal property.

“My father compensated through me,” Rudy Giuliani later said. “In a very exaggerated way, he made sure that I didn’t repeat his mistakes in my life—which I thank him for, because it worked out.”

Giuliani attended Bishop Loughlin Memorial High School, where he was only a decent student but an active participant and leader in student politics.

Upon graduating in 1961, he continued on to Manhattan College in the Bronx, graduating in 1965. Inspired by his father’s constant lecturing on the importance of order and authority in society, Giuliani resolved to become a lawyer and attended New York University Law School.

you can also read: Trump Collusion With Russia is Not a Crime Says Trump Lawyer

At Judge MacMahon’s encouragement, Giuliani then moved to Washington, D.C. to work for the U.S. Attorney’s Office. He received his first big promotion in 1973, at the age of 29, when he was appointed the attorney in charge of the police corruption cases resulting from the high profile Knapp Commission.

In 1977, Giuliani left the U.S. Attorney’s Office to spend four years in private practice with the firm Patterson, Belknap, Webb and Tyler in New York. Then, in 1981, he returned to Washington to serve as President Ronald Reagan’s associate attorney general, the No. 3 position in the Justice Department.

The long and twisted relationship between Donald Trump and Rudy Giuliani

Two years later, in 1983, Giuliani was appointed U.S. attorney for the Southern District of New York and began his lifelong fight against the endemic problems of drugs, violence and organized crime in New York City.

During his six years as U.S. attorney, Giuliani worked tirelessly to jail drug dealers, prosecute white-collar criminals and disrupt organized crime and government corruption. Giuliani’s 4,152 convictions (against only 25 reversals) distinguish him as one of the most effective U.S. Attorneys in American history.

It was also as a U.S. attorney that Giuliani began to develop his reputation as something of a publicity seeker, sometimes publicly handcuffing mob bosses and business leaders on trumped up charges only to quietly drop the charges later.

In 1989, Giuliani ran for mayor of New York City as a Republican against Democrat David Dinkins. He lost by a razor-thin margin in one of the closest mayoral elections in New York City history, and Dinkins became the city’s first black mayor.

Four years later, in 1993, Giuliani again challenged Dinkins. With more than one million New Yorkers on welfare, crime rates skyrocketing and an ever-worsening crack cocaine epidemic plaguing neighborhoods, the mild-mannered Dinkins had fallen out of favor and a tough-on-crime prosecutor appeared—to many—to be exactly what the city needed. Giuliani won the election and took office as New York City’s 107th mayor on January 1, 1994.

you can also read : Childhood, Biography & Facts of Bernie Sanders

Comparing himself to Winston Churchill leading London through The Blitz of 1940, Giuliani set out to tackle New York’s problems with a single-mindedness that bordered on ruthlessness.

In his first two years in office, his policies helped reduce serious crime by one-third and cut the city’s murder rate in half. Police shootings fell by 40 percent and incidents of violence in city jails, once a seemingly insurmountable problem, virtually disappeared by the end of his first term, dropping by 95 percent. Giuliani’s highly successful “welfare-to-work” initiative helped more than 600,000 New Yorkers land employment and achieve self-sufficiency.

Giuliani was suddenly thrust into the international spotlight by a tragedy that shocked the world and came to define his public career. On September 11, 2001, al-Qaeda terrorists hijacked two commercial passenger airliners and crashed them into the twin towers of the World Trade Center in Manhattan.

Both towers collapsed within hours and 2,752 people perished from the attacks. Giuliani’s leadership during the city’s moment of crisis inspired many.

Arriving on the scene within minutes of the second plane crash, Giuliani coordinated rescue operations that saved as many as 20,000 lives and emerged as the national voice of reassurance and consolation.

“Tomorrow New York is going to be here,”

Due in large part to his leadership in the aftermath of the terrorist attacks of September 11, Rudy Giuliani will forever be known as one of the most iconic mayors in the history of New York City.

He left office on December 31, 2001 and was replaced by Michael Bloomberg, whose election was all but secured the moment he received Giuliani’s endorsement.

Since then, Giuliani has remained in the national political spotlight. He started the business firm Giuliani Partners in 2002 and has seen the enterprise grow into a multi-million affair with global connections.

Yet the firm has invoked scrutiny and criticism for less than savory dealings, including security/police training and real estate deals for Qatar, an oil-rich Middle Eastern nation believed to have ties to terrorist movements.

Giuliani Partners has also been involved in the pharmaceutical industry, with Purdue Pharma, a company that paid $2 million in DEA fines for misleading the public around opioid addictions, being a major client.

In 2008, he ran for the Republican presidential nomination, but despite being an early frontrunner his campaign failed to generate much momentum and he dropped out after finishing a distant third in the Florida primary. During the 2012 presidential election, Giuliani endorsed Republican candidate Mitt Romney.

Giuliani later became a vocal and sometimes vitriolic spokesperson for reality show host and business executive Donald Trump during his successful 2016 presidential campaign. After the election, the Trump loyalist was believed to be in the running for a Cabinet position, though scrutiny arose over the former mayor’s paid speeches and his company’s business ties.

Giuliani did not land a position in the Trump administration, but he did join the president’s legal team in April 2018, amid the near-year-long special counsel investigation into Russian interference.

With Trump’s personal attorney, Michael Cohen, under a concurrent investigation and the team needing a recharge, Giuliani brought a familiarity with special counsel Robert Mueller and the desire to speed up an investigation that “needs a little push.

” That day, his law firm, Greenberg Traurig, announced that Giuliani would be taking leave, and on May 10, Giuliani resigned from the firm to fully concentrate on his job for Trump.

you can also read: Michael Cohen about to flip on Donald Trump- Secret Tape Backlash

Giuliani has been married three times. He inadvertently wed his second cousin, Regina Peruggi, in 1968, before they received an annulment in 1982. That same year, he married television personality Donna Hanover.

Hanover and Giuliani became estranged while he was serving as mayor, and Giuliani moved out of the mayor’s residence at Gracie Mansion, where Hanover and his children remained, to live instead in an apartment owned by two of his friends. (Hanover learned that her husband was planning to leave her during a Giuliani TV press conference.)

While still mayor and still married to Hanover, Giuliani commenced a relationship with a woman named Judith Nathan, who played an increasingly important and public role in his life during the tragedies of his prostate cancer and the September 11 attacks. Giuliani and Hanover officially divorced in 2002, and Giuliani wed Nathan in 2003.

In April 2018, Judith filed for divorce after 15 years of marriage. “It is with great sadness I can confirm that Judith and I are divorcing. We hope to do this as amicably as possible, and hope that people will respect the privacy of our children at this time,” Giuliani said.