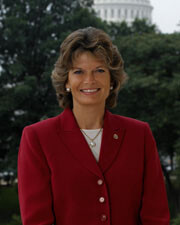 Who is Frank Murkowski?

Frank Hughes Murkowski (born March 28, 1933) is an American retired politician and a member of the Republican Party. He was a United States Senator from Alaska from 1981 until 2002 and the eighth Governor of Alaska from 2002 until 2006.

Murkowski was born in Seattle, Washington, the son of Helen (née Hughes) and Frank M. Murkowski. His paternal grandfather was of Polish descent. Murkowski attended Ketchikan High School in Alaska, graduating in 1951.

Studying at Santa Clara University from 1951 to 1953, he gained a BS in economics from Seattle University in 1955. Thereafter, he served in the United States Coast Guard until 1957 – the same year his daughter Lisa was born.

After a stint at Pacific National Bank and further study at Pacific Coast Banking School, Murkowski became Alaska’s youngest commissioner at the time when he was appointed Commissioner of Economic Development, aged 33, and was elevated to the presidency of the Alaska National Bank of the North in 1971.

He has also headed the Alaska Bankers Association and – in 1977 – the Alaska State Chamber of Commerce.

He ran for Alaska’s sole U.S. House seat in 1970, but was defeated by Democrat Nick Begich.

He was first elected to the U.S. Senate in 1980, defeating Democratic candidate Clark Gruening, with the help of Ronald Reagan’s popularity. He won with 54% of the vote.

He was re-elected in 1986, 1992, and 1998. During his time in the Senate, he was most notable as Chairman of the Energy and Natural Resources Committee from 1995 to 2001. As chair, he argued and attempted unsuccessfully to open the Arctic National Wildlife Refuge to oil drilling.

Murkowski had a pro-life record in the Senate, opposing abortion. He also opposes gun control and affirmative action.

In a floor statement in the Senate, regarding the ban of homosexuals serving in the military, Murkowski stated that homosexuals have a right to choose their lifestyle, but there exists no right to serve. In his opposition to lifting the ban, his speech focused on the cost effect on the Veterans Administration in treating service members infected with HIV.

His daughter and successor in the Senate, Lisa Murkowski, voted to repeal the ban on homosexuals in the armed services, and later became the third Republican Senator to endorse the legalization of same-sex marriage while in office.

Murkowski was elected governor on November 5, 2002, receiving nearly 56% of the vote, the highest percentage for any Republican gubernatorial nominee in Alaska history up until that point.[9] He succeeded Democrat Tony Knowles and took office on December 2, 2002.

Upon his inauguration, he resigned his Senate seat and appointed his daughter, Lisa Murkowski, the Majority Leader-designate of the Alaska House of Representatives, in his place. His opponents derided the appointment as an act of nepotism.

In 2005, in spite of opposition from the Alaska Legislature, Murkowski purchased a Westwind II jet with state money for $2.7 million. This purchase became the symbol of his unpopular legacy in state politics, so much so that his successor, Sarah Palin, promised to sell the jet once she became governor.