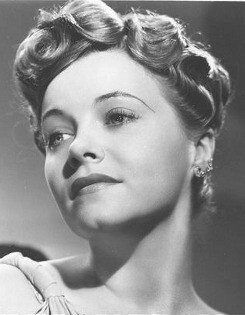 Who is Helene Reynolds?

Whitney was born in 1914, but was known as Helene. Through her mother, Grace Fortescue (1883–1979), she was a grandniece (and cousin twice removed) of Alexander Graham Bell, who invented the telephone.

Through her father Granville Roland Fortescue (1875–1952), she was a first cousin once removed of US President Theodore Roosevelt.

She grew up in Washington D.C. where she attended the National Cathedral School for Girls. She married Julian Louis Reynolds, son of Richard S. Reynolds, Sr. and heir to the Reynolds aluminum and tobacco fortunes, on July 15, 1936, in Washington, becoming Helene Fortescue Reynolds. After three years of marriage, they divorced in May 1939.

She became an actress, using the stage names of Joyce Gardner, Helene Whitney and Helene Reynolds, appeared in films in the late 1930s and 1940s and later in stage productions. After her acting career ended, she became a Manhattan art gallery proprietor and artist in the 1960s.

She died of pneumonia at the John F. Kennedy Medical Center in Atlantis, Florida aged 75 on March 28, 1990.