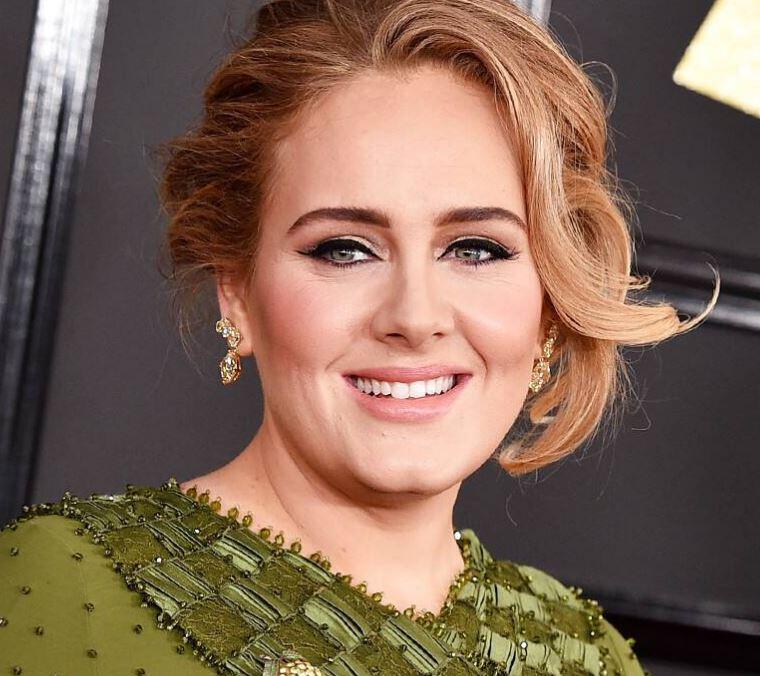 Adele is an English singer and songwriter. She is a Grammy Award-winning artist with hits like ‘Rolling in the Deep’, ‘Someone Like You’, and ‘Hello’. She released her debut album, ‘19’ in 2008. Since then, she has released other two albums ‘21’ and ‘25’.

Adele was born as Adele Laurie Blue Adkins in Tottenham, London on May 5, 1988, to parents Penny Adkins and Marc Evans. She was raised by a single mother after her father left when Adele was two. Additionally, she became interested in the world of music since her childhood years and began singing at age four. She is of English nationality. Furthermore, she belongs to a mixed ethnic background of English and Welsh.

Talking about her education, in May 2006, she graduated from the BRIT School for Performing Arts & Technology in Croydon.

Adele is presently married to charity entrepreneur and Old Etonian Simon Konecki. The pair began dating in January 2012. They have a son from this relationship, Angelo James Konecki. He was born on October 19, 2012. Adele confirmed their marriage by calling Konecki her husband during the 59th Annual Grammy Awards. The marriage is going strong as there is no news regarding any extramarital affairs at present.

Adele initially published two songs on the fourth issue of ‘PlatformsMagazine.com’. Nick Huggett signed Adele to XL in September 2006. Additionally, she also provided vocals for Jack Peñate’s song ‘My Yvonne’. In October 2007, she released her breakthrough song, ‘Hometown Glory’. After she released her debut album titled ‘19’, she rose to widespread fame around the world. Adele released her follow-up album, ‘21’ was released in early 2011. The album was a hit and it sold 352,000 copies within its first week. In addition, the album stayed No. 1 for 11 weeks and more than 30 million copies of the album were sold worldwide.

She released her third album, ‘25’ in November 2015. The album was also an international smash hit and it reached No. 1 on iTunes in 110 countries. Additionally, the album sold 3.38 million copies in seven days in the U.S. Adele’s most popular songs to date include ‘Rolling in the Deep’, ‘Someone Like You’, ‘Hello’, ‘Set Fire to the Rain’, ‘Send My Love’, ‘Skyfall’, and ‘When We Were Young’. Furthermore, Adele is also an icon for the LGBT community. She is a supporter of the Labour Party. She has also been involved in several charity concerts throughout her career.

Adele has garnered 18 Grammy Award nominations. She has won 15 among the 18 nominations. Additionally, she also received a songwriting Oscar for the James Bond track ‘Skyfall’. She was listed at number five on VH1’s 100 Greatest Women in Music in February 2012. Furthermore, she has also won the Golden Globe Award.

Adele has not revealed her current salary. However, she has an estimated net worth of around $ 69 million at present.

Adele’s Grammy Award win over Beyoncésparked controversies. #BoycottAdele hashtag was a trending topic after her win. Additionally, she also faced backlash over her ‘black friends’ comment in the Grammy acceptance speech. At present, there are no rumors concerning her life and career.