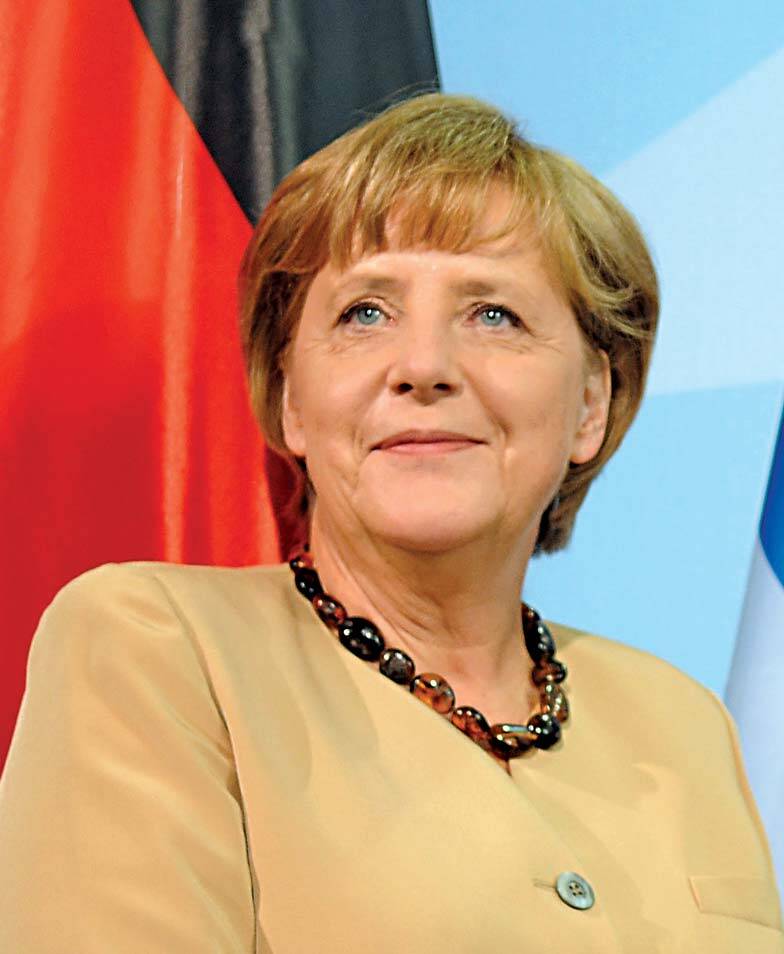 Angela Merkel is a German politician best known as the first female chancellor of Germany and one of the architects of the European Union.

Who Is Angela Merkel?

Angela Dorothea Kasner, better known as Angela Merkel, was born in Hamburg, West Germany, on July 17, 1954. Trained as a physicist, Merkel entered politics after the 1989 fall of the Berlin Wall. Rising to the position of chairwoman of the Christian Democratic Union party, Merkel became Germany’s first female chancellor and one of the leading figures of the European Union, following the 2005 national elections.

German stateswoman and chancellor Angela Merkel was born Angela Dorothea Kasner on July 17, 1954, in Hamburg, Germany. The daughter of a Lutheran pastor and teacher who moved his family east to pursue his theology studies, Merkel grew up in a rural area north of Berlin in the then German Democratic Republic. She studied physics at the University of Leipzig, earning a doctorate in 1978, and later worked as a chemist at the Central Institute for Physical Chemistry, Academy of Sciences from 1978 to 1990.

After the fall of the Berlin Wall in 1989, Merkel joined the Christian Democratic Union (CDU) political party. Soon after, she was appointed to Helmut Kohl’s cabinet as minister for women and youth, and later she served as minister for the environment and nuclear safety. Following Kohl’s defeat in the 1998 general election, she was named secretary-general of the CDU. In 2000, Merkel was chosen party leader, but she lost the CDU candidacy for chancellor to Edmund Stoiber in 2002.

President Putin held talks with Federal Chancellor of Germany Angela Merkel: Russia places major importance on the development of mutually beneficial cooperation with Germany in the political, economic and other spheres. pic.twitter.com/FrhVkbLirb

In the 2005 election, Merkel narrowly defeated Chancellor Gerhard Schröder, winning by just three seats, and after the CDU agreed a coalition deal with the Social Democrats (SPD), she was declared Germany’s first female chancellor. Merkel also became the first former citizen of the German Democratic Republic to lead the reunited Germany and the first woman to lead Germany since it became a modern nation-state in 1871. She was elected to a second term in 2009.

SEE ALSO : Trump Collusion With Russia is Not a Crime Says Trump Lawyer

Merkel made headlines in October 2013 when she accused the U.S. National Security Agency of tapping her cell phone. At a summit of European leaders she chided the United States for this privacy breech, saying that “Spying among friends is never acceptable.” Shortly afterward, in December 2013, she was sworn in for a third term.

Angela Merkel was reelected for a fourth term as chancellor in September 2017. However, although her CDU party held its majority in the Bundestag, the national parliament, the far-right Alternative for Germany (AfD) won 13 percent of the vote to become the third-largest group in parliament, after the CDU/CSU and SPD. It was the first time a far-right party had entered the Bundestag since 1961.

“We expected a better result, that is clear,” Merkel said following the election. “The good thing is that we will definitely lead the next government.” She also said she would address supporters of the AfD “by solving problems, by taking up their worries, partly also their fears, but above all by good politics.”

Despite the challenge to her authority in the September election, Merkel topped Forbes’ listof the most powerful women in the world for the seventh consecutive year in 2017, and for the 12th time overall.

Additional problems surfaced in mid-November, when attempts to form a new government coalition collapsed. Following weeks of negotiations, the Free Democratic Party (FDP) suddenly pulled out of talks with the CDU/CSU and the Greens, over differences regarding immigration and other policies. The rejection marked another blow to Merkel, who said that her party would “continue to take responsibility for this country, even in such a difficult situation.”

In March 2018, the SPD voted to renew its coalition with the CDU, clearing the path for Merkel to finally move forward with her fourth term. Talks had stalled between the parties, though the gridlock eased after SPD leader Martin Schulz stepped down in February.

That summer, Merkel again had to walk a political tightrope when facing an ultimatum from Horst Seehofer, her interior minister and the leader of Bavaria’s Christian Social Union. Seehofer had threatened to quit over Merkel’s refusal to deny entry to migrants with asylum claims pending elsewhere in the European Union, but in early July the two announced they had agreed to a compromise, in which transit centers would be established on the border with Austria to route asylum seekers to their responsible countries.

SEE ALSO : Find out the meaning and everything about ‘Brexit’