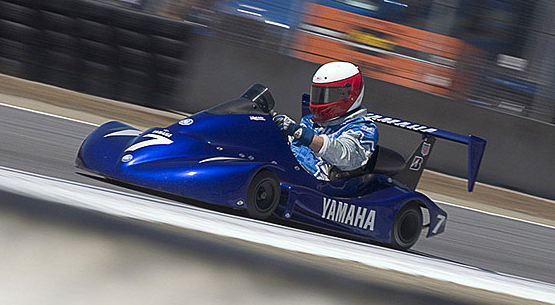 Karting is a form of competitive racing. The sport is interesting because it exhilarates the drivers and makes them have that feeling that you have when driving at very high speed. However, the sport has been described as a sport that is always in the shadow of F1. It is true that F1 is popular and more recognized in the mainstream if you compare it with karting. We all know Lewis Hamilton and other F1 stars, but do we know a single driver in Karting.

Kart racing is a variant open wheel motorsport that allows small vehicles popularly known as go-karts to compete. It is comparable to F1 only that the vehicles are not as sophisticated in speed and performance and the sport is not taken as seriously as F1. The fastest karts are the super karts, which can go up to 260 kilometres per hour.

You may have seen simpler versions of the karts in amusement parks. Their racing paths are also not as refined as those of F1. However, the sport is becoming more and more popular with people who love F1 but cannot get the right sponsors resorting into karting. Will it ever be as popular as F1? That is the question on every enthusiasts mind.

Why Karting may be as Popular as F1

Let’s face it, F1 has big sponsors. The engines that run in the event are made by world-renowned engine manufacturers such as McLaren. The event gets sponsorship from big companies such as BP and Shell.

Moreover, winning the sport attracts a lot of monetary rewards and endorsements not to mention the media coverage that this event gets. However, karting has been having a revolution that has not been televised.

The sport is becoming more popular by the day with people of every category loving the sport. Like football, you do not need much to be in the sport nor do you need much push to love it. Getting a karting license does not require much compared to F1. Getting to the track as a driver and a fan is also not as expensive as F1.

In addition, the sport is as organized as F1 with most of its races labelled KF1. With these developments, we might turn our necks to the sport. Once it reaches a good threshold in fan base, bigger sponsors with the ability to change the sport will be attracted and make the sport bigger. Reaching the level of F1 may not be met but, the sport will definitely be among the most popular motorsports in the world.

Trends in Karting that Show its Surging Popularity

Karting was usually a reserve for boys. Most of the people or the driver you would see having interest in the sport were boys. However, the sport is becoming popular among women and older people. More people are finding the sport interesting. It is not just a game for the amusement park where children play with the karts but even adults find themselves behind the wheels.

More completion on the sport is emerging with time. From the United Kingdom to Germany, there are more competitive sport events in the racing sport. Unlike the earlier days when people hit the track for fun, there is money to it. Competitive events for go-karts attracts drivers from all over the world with better events such as the World Kart racing being organized in various cities in the word.

The sport is organized in two competitive events. There is the local or national and the international events. In the UK, the most celebrated national event is the National karting series referred to as the super one. The super ones are categorized into three types being the MSA series, the Rotax Series and the TKM series.

There are other events such as the Birel EasyKart among others. These events have realized an increasing audience and interest inn participation. In addition, the level of sponsorship that has been garnered for the event has maintained a steady rise that can only be translated to imply increased popularity.

The international events are organized by the CIK-FIA. The event brings together “Karters” from all over the world into a highly competitive event. The 2010 championship went Nyck de Vries of Netherlands. With these trends, the sport is slowly becoming an event to be adored by many.