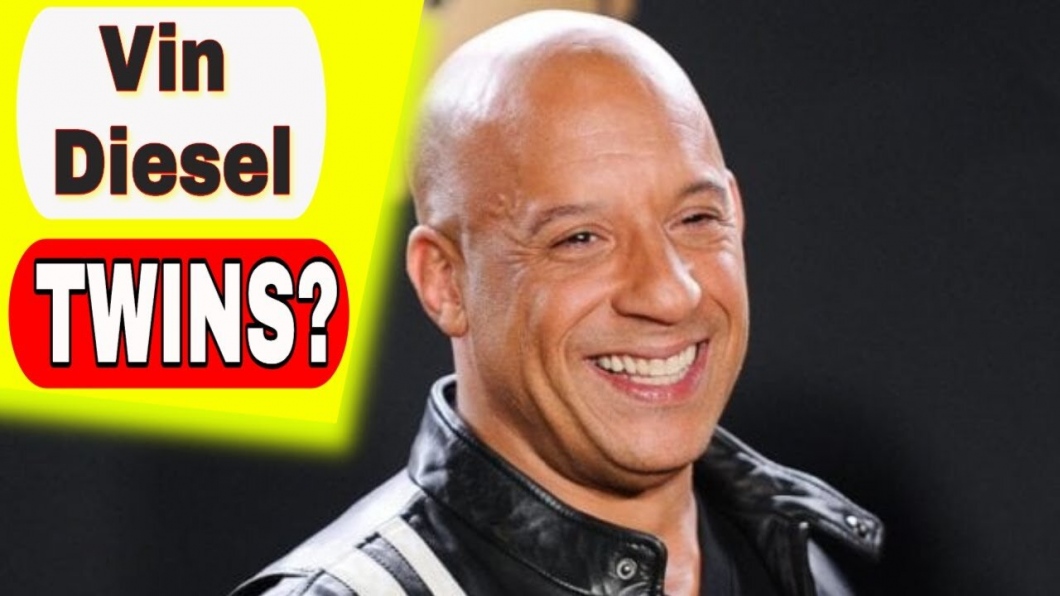 Who is Vin Diesel?

Vin Diesel made his stage debut at age seven when he appeared in the children’s play Dinosaur Door, written by Barbara Garson. The play was produced at Theater for the New City in New York’s Greenwich Village. His involvement in the play came about when he, his brother and some friends had broken into the Theater for the New City space on Jane Street with the intent to vandalize it.

They were confronted by the theater’s artistic director, Crystal Field, who offered them roles in the upcoming show instead of calling the police. Diesel remained involved with the theater throughout adolescence, going on to attend NYC’s Hunter College, where studies in creative writing led him to begin screenwriting. He has identified himself as a “multi-faceted” actor as a result of early difficulties finding roles due to his mixed heritage

Diesel has also starred in The Pacifier (2005) and Find Me Guilty (2006). His voice-acting work includes The Iron Giant (1999) and the video game spin-offs from the Chronicles of Riddick franchise, as well as the Marvel Studios films Guardians of the Galaxy (2014), Guardians of the Galaxy Vol. 2 (2017), and Avengers: Infinity War (2018) as the role of Groot.

He wrote, directed, produced and starred in a short film titled Multi-Facial and the feature-length drama film Strays. He is the founder of the production companies One Race Films, Racetrack Records and Tigon Studios.

After high school was completed, Vin enrolled as an English major at Hunter College, but dropped out after three years to go to Hollywood to further his acting career. Being an experienced theatre actor did not make any impression in Hollywood and after a year of struggling to make his mark, he returned to New York.

His mother then gave him a book called “Feature Films at used Car Prices” by Rick Schmidt. The book showed him that he could take control of his career and make his own movies. He wrote a short film based on his own experiences as an actor, called Multi-Facial (1995), which was shot in less than three days at a cost of $3,000. Multi-Facial (1995) was eventually accepted for the 1995 Cannes Film Festival where it got a tumultuous reception.

Afterwards, Vin returned to Los Angeles and raised almost $50,000 through telemarketing to fund the making of his first feature, Strays (1997). Six months after shooting, the film was accepted for the 1997 Sundance Film Festival, and although it received a good reception, it did not sell as well as hoped. Yet again Vin returned disappointed to New York only to receive a dream phone call.

Steven Spielberg was impressed by Multi-Facial(1995) and wanted to meet Vin, leading him to be cast in Saving Private Ryan (1998). Multi-Facial (1995) earned Vin more work, when the director of The Iron Giant (1999) saw it and decided to cast Vin in the title role. From there, Vin’s career steadily grew, with him securing his first lead role, as Richard B. Riddick in the sci-fi film Pitch Black (2000). The role has earned him a legion of devoted fans and the public recognition he deserves.

Born on July 18, 1967, Vin Diesel dropped out of college to create his first film, Multi-Facial, which was screened at the Cannes Film Festival in 1995. His following film, Strays, screened at Sundance. Diesel’s work attracted the attention of Steven Spielberg, who cast the actor in Saving Private Ryan (1998).

He starred in several films before landing his career-defining role in The Fast and the Furious (2001).Additional films include The Chronicles of Riddick (2004),Guardians of the Galaxy (2014), in which he did voiceover work, and Furious 7 (2015).

The Fast and the Furious (2001) established Diesel in his most-famous role, as the charismatic street racer–thief Dominic Toretto. The over-the-top action film cost $38 million to make but was an unexpected hit, grossing nearly $145 million in the United States.

Diesel was born on July 18, 1967 in New York City to Delora Sherleen Vincent, who is an astrologer. He has never met his biological father, although he has an African-American stepfather, Irving H. Vincent, who is an acting instructor and theatre manager.

He was always interested in acting and made his stage debut at the age of 7 in the children’s play called ‘Dinosaur Door’. It was showcased at ‘Theater for the New City’ in New York’s Greenwich Village.

He attended Hunter College and remained involved with theatre throughout his teenage. He studied creative writing at his college, which inspired him to write screenplays. He initially worked as a bouncer at the club called Tunnel.

Diesel and his twin brother Paul were raised by their mother Delora and their stepfather, Irving H. Vincent. Their biological father split from their mother before they were born.

Not one to reveal details about his personal background, Diesel has been candid about developing a passion for performing early on. His stepfather was a drama teacher and Diesel himself started acting at the age of 7 at the Theater for the New City. “I’ve always been certain that I was going to be a movie star,” he told Entertainment Weekly. “Even as a kid I knew it.”

Diesel continued to act in theatrical productions throughout his adolescence. During his teen years, he also took up another occupation—club bouncer. This job helped him develop a toughness that he has carried through many of his film performances. As he explained to Men’s Fitness, “I must have been in more than 500 fights. I fought every night, and I bounced for nine or 10 years. And these weren’t pretty fights.”

Working as a bouncer also left his days free to audition for roles and study English at New York’s Hunter College. Diesel drew inspiration from his days as a struggling actor for his first self-made film project—an enterprise that helped launch his career.

He also reprised his role as ‘Riddick’ in the third film of the ‘Riddick’ series ‘Riddick (2013)’. In the same year, Diesel, for his contribution in the film industry, received an honorary star on the Hollywood Walk of Fame.

Vin Diesel in Ryan’ and ‘Riddick’

Diesel dropped out of college in order to create his first film, Multi-Facial. Diesel wrote, produced, directed and starred in this short film about an actor willing to play any ethnicity in order to work. The film was accepted and screened at the prestigious Cannes Film Festival in 1995.

Diesel next directed, wrote and starred in the full-length feature Strays, in which he played a tough, hard-edged drug dealer learning how to open himself up to emotional intimacy. The work played at the 1997 Sundance Film Festival.

In 2000, he turned in a noted performance in the science-fiction thriller Pitch Black. His character, Richard B. Riddick, went on to appear in two sequels: The Chronicles of Riddick (2004) and Riddick (2013).

‘Fast and the Furious’

Showing his talent for serious dramatic fare, Diesel joined Ben Affleck and Giovanni Ribisi as a crooked stockbroker in Boiler Room (2000). He soon helped launch one of the era’s most popular action franchises with 2001’s The Fast and the Furious.

Diesel later sought to broaden his image, taking on the 2005 comedy The Pacifier. For 2006’s Find Me Guilty, he let his famous fit physique go to play a mobster who defends himself at trial. But Diesel was soon back to his popular tough guy persona with later installments of the Fast and Furious franchise, including Fast & Furious (2009), Fast Five (2011), Fast & Furious 6 (2013), Furious 7 (2015) and The Fate of the Furious was released in 2017.

The latest movie “The Fate of the Furious” was released in 2017, however, was marred by tragedy. His friend and co-star Walker died in a car accident before filming was complete, and his brother stepped in to help complete the movie.

In 2014, Diesel lent his distinctive voice to the character of Groot in the sci-fi adventure Guardians of the Galaxy, an international blockbuster that grossed around $770 million. The following year, in addition to his Furious appearance, he starred with Elijah Wood and Michael Caine in The Last Witch Hunter, a project not well-received by critics and yielding modest box office returns.

There are many roles that Diesel is credited for but the most famous role of his life is ‘Dominic Toretto’ in ‘The Fast and the Furious’ series. Various movies from the franchise established him as an action hero.

Diesel has won awards and accolades for his acting skills, like: MTV Movie Award for ‘The Fast and the Furious’, Spike Video Game Award, Video Software Dealers Association Award and CinemaCon Award.

Diesel has a daughter, Hania Riley, and a son, Vincent, with his Mexican model girlfriend, Paloma Jimenez.

He is the cousin of rapper/producer Kwame ‘The Boy Genius’. Kwame says if you watch his old videos, you will see Diesel in a few of them.

Diesel once worked as a telemarketer, selling light bulbs.

He once wrote a three-page letter to director Steven Spielberg expressing his admiration for his work, particularly ‘Schindler’s List’.
The name ‘Vin’ is a shortened version of his real name ‘Vincent’. He received the nickname ‘Diesel’ from his friends, who said he ran off diesel fuel, referring to his non-stop energy.

7. “It doesn’t matter whether you win by an inch or a mile, winning is winning.”This was said by Toretto early on in the series’ original film and set the tone for a strenuous, but fruitful relationship between Toretto and Brian O’Conner (Walker).

6. “You know this ain’t no 10-second race.” “I’ve got nothing but time.”The series’ fourth installment, “Fast & Furious”, went without Diesel’s presence up until the very end when he delivered this gem.

5. “I’m one of those boys who appreciates a fine body regardless of the make.”As we know, Diesel’s two kryptonites are cars and women. In this scene from “Fast & Furious”, the brolic car enthusiast is questioned by Gisele (Gal Gadot)
4. “You’ve got balls, man.” “I’ve been told.”Diesel might just be Hollywood’s king of one-liners. He and Letty Ortiz (Rodriguez) have a back-and-forth about Toretto’s ‘death wish’ in this scene from “Fast & Furious 6.”3. “I don’t feel like I’m under arrest.”Like love at first sight, when Toretto and Hobbs (Dwayne Johnson) first met on screen in “Fast Five”, it was pure bliss.
2. “You don’t turn your back on family, even when they do.”

He briefly dated his ‘Fast and the Furious’ co-star Michelle Rodriguez in 2001.He has a twin brother Paul, a younger brother Tim and a sister Samantha.

He is very protective and secretive about his private life.He loves the multicultural facets of Dominican Republic and is acquainted with its president, Leonel Fernandez.

He was offered the role of ‘Matt Murdock’ in ‘Daredevil’ (2003) that eventually went to Ben Affleck.Diesel’s mother has English, German and Scottish ancestry.

He is a producing partner with George Zakk. Their company is called One Race Productions.