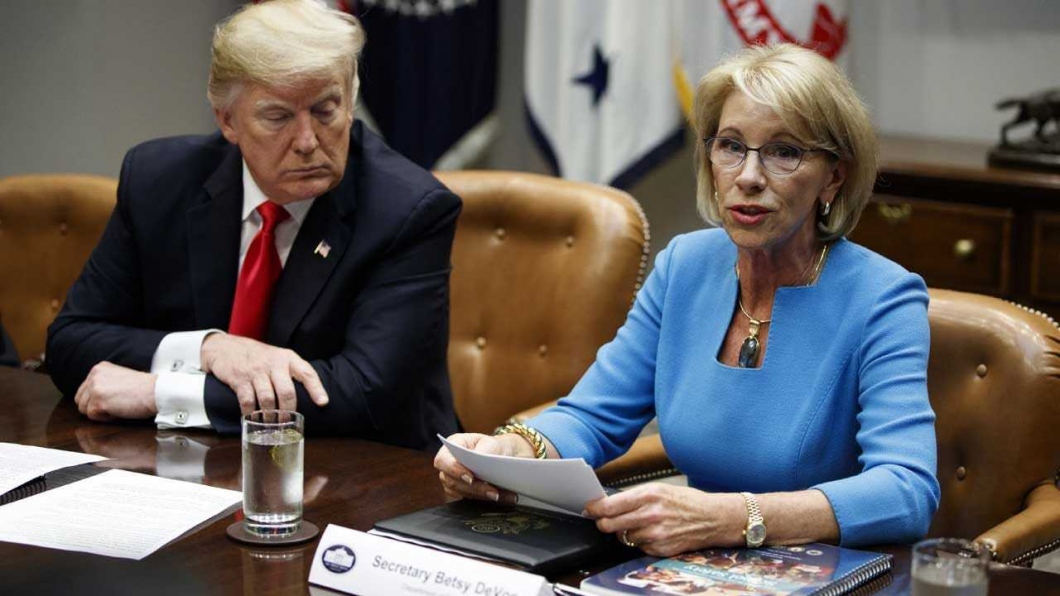 “Numerous states introducing Bible Literacy classes, giving students the option of studying the Bible. Starting to make a turn back? Great!” Mr. Trump tweeted Monday morning after “Fox and Friends” ran a segment on the topic.

Christian lawmakers in six Republican-controlled state legislatures across the country are pushing for legislation that would allow public schools to offer elective classes on the New and Old Testaments.

The push by conservative legislators in Florida, Indiana, Missouri, North Dakota, Virginia and West Virginia has stirred some controversy. Critics of the proposals, including the American Civil Liberties Union (ACLU), argue that public school classes on the Bible would jeopardize the separation of church and state enshrined in the First Amendment to the Constitution.

Alabama, Iowa and West Virginia have also considered Bible literacy bills, but all of the measures were voted down, according to the Fox News report.

But in Kentucky, Republican Gov. Matt Bevin signed legislation in 2017 to allow public school students to take Bible and Hebrew scriptures classes. A year ago, in January 2018, the ACLU of Kentucky expressed concern to the Kentucky Board of Education after an Open Records Act investigation found that many courses violated constitutional requirements that say that religious texts used in classrooms must be secular, objective and not promote any specific religious view.

The ACLU said it found “public school teachers using the Bible to impart religious life lessons” and use of Sunday school lessons and worksheets for source material. These are not academic approaches to objective study of the Bible and its historical or literary value, the ACLU pointed out.

In June 2018, the Kentucky Board of Education approved standards for the classes, but the ACLU was still worried about what was being taught in Bible literacy courses.

“Without more specific guidance, we fear some classrooms will once again be filled with preaching, not teaching,” the organization wrote in a statement last August. “The ACLU-KY reminds students and parents that ‘Bible Literacy’ courses may not promote religion or a particular religious viewpoint, test students on matters of religious faith, nor be designed to instill religious life lessons.”

“Religious education is best left to parents and churches, not school or government,” the ACLU added.

Evangelicals and other Christian groups were an integral part of the president’s electoral coalition during the 2016 election and have largely remained supportive of his administration — particularly because of his stance on social issues like LGBT rights and abortion, and his appointment of conservative judges to the Supreme Court.
[spacer height=”30px”]