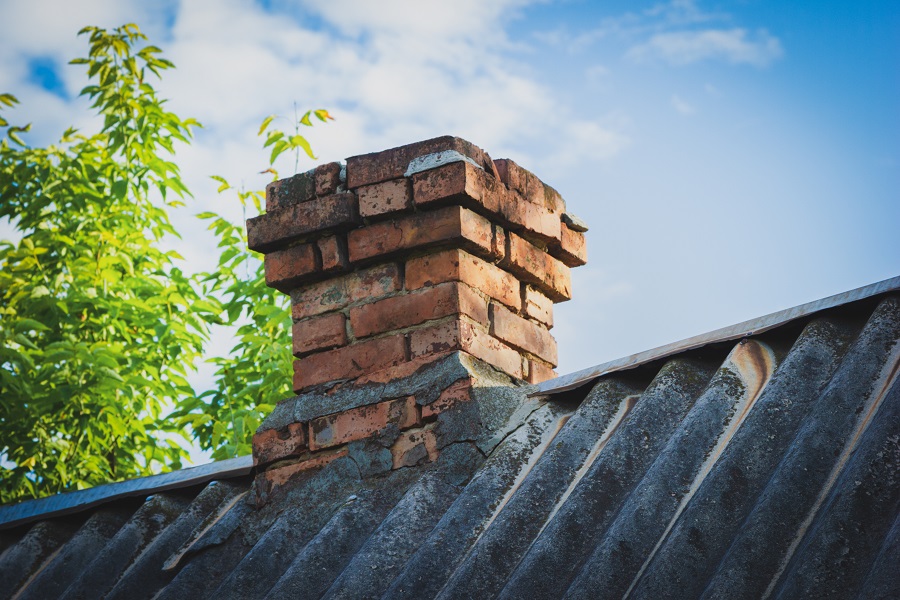 Everyone loves the warmth and peaceful atmosphere provided by a fireplace in the fall and winter. The iconic chance to curl up next to a warm fire while you read, drink hot cocoa, or take a nap is on everybody’s to-do list once the temperature and leaves start to drop. The chance to light a fire in the fireplace is a lovely experience and it can efficiently heat a room all on its own, saving the homeowner money on electricity, oil, or gas since they don’t need the heater and a fire going. That said, if don’t keep your chimney in tip-top condition, it can actually become dangerous for you to use your fireplace the longer it’s left without maintenance. Here are a few treatments you can use to keep your chimney in its best shape so you can enjoy it throughout the colder months.

You will definitely need to check the bricks and mortar of your chimney for any signs that there’s been crumbling or loosening. This could be a result of weathering, damage, or poor materials finally coming apart. The mortar keeping the bricks on your chimney together should be watertight to prevent moisture from getting into your chimney and fireplace through spaces that the chase cover, crown, and flashing cannot protect. Tuckpointing is a type of chimney repair that replaces any worn-down mortar or broken bricks you might find with a tool called a tuck pointer. The mortar is repacked into areas it may have fallen out of and different colors of mortar are mixed together to create an impression there was never any damage to begin with.

However, if the damage is too serious you may need to do a procedure known as repointing, which is to completely replace the mortar around the bricks on your chimney in order to ensure the structure is watertight and properly sealed against the elements.

As stated above, you don’t want excess water from rain or melted snow to enter your chimney. If left untreated, the brick and mortar will begin to act like a sponge letting any and all water in as it breaks down thanks to the processes of erosion and weathering. This moisture can lead to things like mold growing and water damage that can weaken your chimney from the inside, eventually destroying the walls of the fireplace. To avoid this, you should get waterproof treatments for your chimney. There are products you can buy from the store that allows you to spray your chimney down, and the treatment should last for a couple of years. Using this, you should be able to effectively protect your chimney from the outside elements.

It’s recommended that you leave a one-inch layer of ash along the bed of your wood-burning fireplace in order to insulate the coals you plan to burn. Once your ashes begin to build up beyond that, it’s important to clear them out to avoid a build-up of creosote. Once you notice a build-up of soot or creosote within the chimney liner, it’s important to have that swept as well. That’s why it’s important that you must have your chimney swept at regular intervals in order to maintain the safety of your home. The question then is, how do you determine how often a thorough sweep is needed?

The answer is actually fairly simple. How often you need to sweep is completely dependent on how often you use your fireplace. Once your chimney has gathered approximately 1/8 of an inch of soot, it mandates a good cleaning. However, if you are unsure how to measure soot, simply clean the chimney after approximately every 50 uses.

Remember, this is for an average amount of burns, and every fireplace type is different. Gas log fireplaces differ from wood-burning fireplaces because they require far less sweeping, but 50 burns are a good marker to start at if you are unsure.

Creosote, or a type of soot that forms in wood-burning fireplaces from the resulting smoke, can accumulate in your chimney over time with every burn. This is especially true if the fireplace and chimney have been poorly maintained before, during, and after each burn. Initially, it is easy to remove, but, after a while, if it’s left to sit, it hardens into a tar-like consistency, accumulating on the chimney’s sides and trapping the smoke meant to come through the chimney.

The smoke in your chimney being trapped means that carbon monoxide can build up as well, exposing your family to the risk of carbon monoxide poisoning. This is difficult to combat since you’re not even aware you’re poisoned until it’s too late, often you’re never even aware of it at all since you’ll likely go to sleep first. Also, creosote is quite flammable, so your chimney itself could catch fire and the flames could easily spread across your roof.

In conclusion, following these chimney maintenance tips will keep your home and your family safe while also allowing you to enjoy your fireplace whenever you want. It would be a good idea to incorporate these suggestions into your winter preparations, as winter and fall are the most popular times of the year for lighting a fire in the fireplace. Make sure the chimney is stable, there are no signs of distress or serious weathering, and that it’s clear of soot, ash, and creosote before you use it.