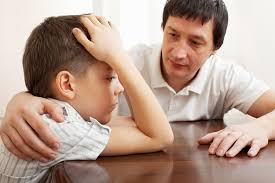 Parenting a bullied child can be traumatizing and make a parent eventually feel like a victim themselves. I found a research article that was recently released describing the journey of 11 parents who had bullied children. Each of these parents went through a similar journey.

The process of discovering that the child was bullied happened in different ways. Sometimes the child told the parents directly that they were having serious problems a school. Other times it was discovered through unusual behaviour. For example, one little girl started kicking her cat that she loved. This was a big red flag for the parents.

The normal next step was to give the child advice about how to manage the situation. Some of the advice given was to be nice to the bully, to avoid the bully, or confront the bully. None of the parents advised a physical altercation. Unfortunately, for the parents in this sample the advice did not work. This is not to say that advice doesn’t work for all parents. I would expect that if advice had worked these parents wouldn’t have been part of this study.

As bullying continued or escalated these parents began to report their concern to the school officials. The parents generally first called the school receptionist who directed them to the school counsellor. Unfortunately, these parents found that the school counsellor, while sometimes appearing very concerned, was not effective. Normally the parents did not get a call back and later found out that the higher administration had not been informed and no action had been taken. When they pushed farther, the general experience was that school officials indicated that their “hands were tied.” 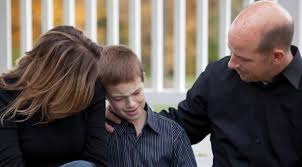 One parent in the study actually had a good response. The principal investigated the case by interviewing the children involved and then took action by having the children apologize. The principal also informed the teacher who also intervened by explaining why the behaviour was wrong and asking the children to report any further misbehaviour. The parents in this case felt that the action was appropriate and well done. They did not have further problems. Unfortunately, this was not the experience of most of the parents in the study.

Most of the parents, in the end, were left to manage the situation on their own. They found that the more they complained the more their child was thought of as a “problem”. Some of the parents found that moving their child to an out-of-district school was the best solution. Some others began home-schooling. Unfortunately, some of the parents didn’t have the financial or personal resources to take action and had to watch their children suffer years of abuse. These parents described themselves as feeling victimized themselves. One parent described their experience as being a “living hell.” The researchers were surprised by the amount of emotion that was expressed during interviews. One parent, who was surprised by how strong her emotions still were, cut off contact with the researchers after the first interview.

The researchers from this study recommended that parents take action when their children were being bullied. They encouraged parents to continue to go to higher authorities, like the superintendent or school board, until action is taken.

This study aimed to deeply describe the experience of 11 parents. This may not be your experience or even be representative of most parents who have a child who is bullied. However, these experiences have lessons to teach all of us on the difficulty parents can face when their children are bullied and the importance of parents being vigilant, because sometimes schools aren’t there when our children need them. Of course, it is also possible to find a therapist who can help support you as you walk through the process.