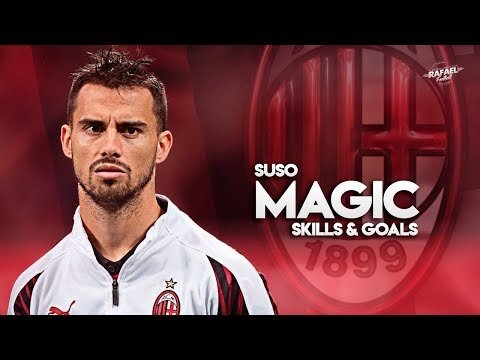 Who is  Suso Fernandez?

Suso Fernandez, is a professional soccer player, famously known as just Suso, currently plays as the attacking midfielder for the Italian Serie A club AC Milan besides his regular participation for the Spanish national football team. He started his football journey by joining the youth academy system of his native club Cádiz CF in 2004. After six seasons of training at the academy, Premier League club Liverpool scouted him in 2010. Shortly after, he earned his promotion to the first team of the Reds in 2012. He spent a single season with UD Almeria on loan before leaving the Premier League in 2015.

He joined the Italian side AC Milan in 2015 and made more than 80 official appearances till now. Besides, he also spent a season on loan with the fellow Italian club, Genoa. He also made his prominence in the international circuit besides playing club football. He represented the Spanish team at several youth age levels. His first international success came when he helped the U-21 side to achieve the UEFA European Under-19 Championship in 2012. Without any doubt, he is one of the best young attacking midfielders Spain has ever produced.

He joined the youth academy system of his native club Cadiz CF in 2004, at the age of just nine. He went through a hardcore training regime and made a steady progression through several youth age levels at the academy. His progress at Cadiz brought the attention of Liverpool scouts. Shortly after, he joined the Liverpool Academy on loan as he was not old enough to sign a professional contract with a foreign club. In his 17th birthday on 19thNovember 2010, he signed his first professional contract with one of the richest football clubs, Liverpool, and officially became their club member.

He made his debut for Liverpool in a pre-season friendly against Borussia Mönchengladbach on 1st August 2010. In the following 2011–12 season, he scored 5 goals in 17 matches for the club, and also made seven appearances in the NextGen Series. He then made his senior professional debut for the club in a Europa League match against Young Boys on 20th September 2012. He made his English Premier League debut against Manchester United at Anfield on 24th September 2012.

Suso made his League Cup debut against West Bromwich Albion on 26th September 2012. He made his first English Premier League start for Liverpool against Norwich City on 29thSeptember 2012. The same year, The Football Association (FA) fined him £10,000 for a derogatory remark that he made to his teammate José Enrique on Twitter on 18thDecember 2012. The whole media along with the federation heavily criticized him for that homophobic remark.

He joined La Liga club Almería on 12th July 2013, on a season-long loan. Shortly after, he made his debut for the Andalusian club against Villarreal on 19th August 2013. He then scored his first goal for the side against Levante on 21st September 2013. A funny incident happened two months later when Almería fined him for missing the training due to oversleeping on 26th November 2013. He scored his second goal for the club against Celta de Vigo on 30th November 2013.

He was recalled at Anfield at the beginning of Liverpool’s UEFA Champions League campaign on 16th September 2014. He earned his place in the squad in the first match against Bulgarian club Ludogorets Razgrad, but remained as an unused substitute. Suso then scored his first goal in his second stint with Liverpool in a League Cup third round match against Middlesbrough on 23rd September 2014, at Anfield.

He signed a four-year contract with Italian Serie A club AC Milan on 12th January 2015. Milan paid €1.3 Million compensation to Liverpool for the early cancellation of Suso’s contract with the Reds. He then made his debut for the club in the Coppa Italia quarter-final match against Lazio on 27th January 2015. He made his Serie A debut for Milan against Palermo on 4th April 2015. Tragically, he received his first red card at the club against Sassuolo for a drastic foul on Francesco Magnanelli on 15th May 2015.

He joined the fellow Serie A club Genoa on a season-long loan on 4th January 2016. Upon his arrival at the club, he received the No.17 jersey. He then scored his first professional hat-trick for the club against Frosinone at the Stadio Luigi Ferraris on 3rd April 2016. At the beginning of the 2016-17 season, AC Milan’s new manager Vincenzo Montella recalled him and put him in the first-squad for the pre-season matches.

He started his international football journey while making his debut with the Spanish U-17 squad in 2009. He then made a steady progression through the U-18 and U-19 side, and helped the squad to win the European U-19 Championships in 2012. Following his success, he played 8 matches for the U-20 side before finally earning his place in the Spanish U-21 squad in 2012. However, he also captained the Spanish U-20 squad in the 2013 FIFA U-20 World Cup. He then earned his first senior call-up for a 2018 FIFA World Cup qualifier against Italy in August 2017, but remained unused. Suso finally made his senior International debut for Spain in a friendly match against Russia on 14th November 2017.

Born in the Andalusia community of Spain, Suso is of pure Spanish descent through his father Jesús Fernández’s side. He grew up in the Cadiz city while playing football during his early childhood days.

He is currently dating Italian Instagram sensation, Alis Rodriguez. Suso posted a photo of him on Instagram with the pregnancy confirmation of Alis on 6th May 2018.

The current net worth of Suso is estimated to be around €15 Million according to the recent reports in 2018. His market value now stands at €35 Million as of the ongoing football season. He gets €2.5 Million yearly salary from his current Serie A club AC Milan. Besides, he also made his fortune through his endorsement deal with Nike. He now wears their Nike Mercurial Vapor 360 since 28th March 2018.

He achieved the Supercoppa Italiana title with AC Milan in 2016. In the international circuit, he helped the U-19 Spanish team to lift the UEFA European Under-19 Championship trophy in 2012. He also earned his place in the Team of the Tournament at the same competition in 2012.