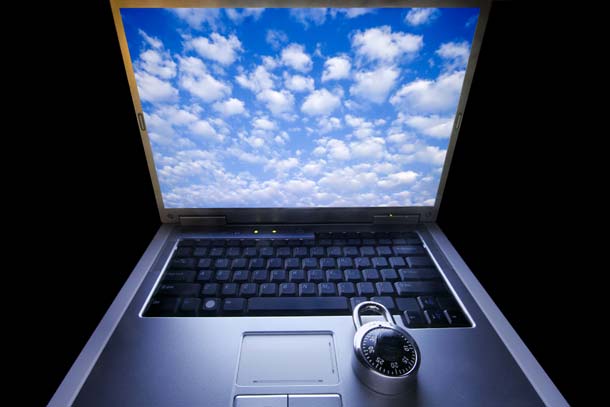 While speaking with some friends of mine about the future of technology (yes, we are nerds) we broached the topic of cloud computing. I think that the participation of the biggest brands in the world in massive, widespread cloud strategies is evidence of its current and continued presence in our society. 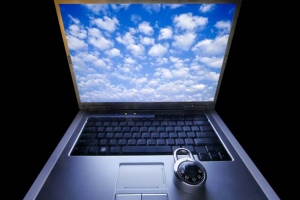 Think about Facebook:  web-only application that allows users to post all manner of media and can now, through the magic of smartphones, tablets and the ever-growing mobile internet, be accessed through a stable of devices. Rackspace hosting is a prime example of a premiere cloud computing company utilizing social networking sites to spread their message.  But the cloud goes back further than that. E-mail may be the first cloud application introduced to the consumer masses and that has grown into the Gmail, which is the only online mail provider that anyone takes seriously anymore. Apple and Amazon have seen success with their respective cloud initiatives unveiled last year.
The fun is not limited to massive global corporations; many providers offer  dedicated server and cloud solutions for the ordinary consumer as well. Though the ideas of “cloud computing” is still picking up steam in the mainstream, the fact is we’re already sort of entrenched in it, and I’m not sure we’ll be able to go back.
The cloud is growing, but it’s still in its early stages. Now that it’s being introduced en masses via the world’s largest technology corporations, the platform is catching fire. Concerns about privacy in the cloud have been around for a while now, but as the cloud begins export to other countries and economic markets, political leaders and technology officials are calling out privacy concerns. They are nothing new, and echo the conversations I’ve had with friends and colleagues about the cloud over the past few years.
The argument against usually starts like:
“Okay, fine. Cloud computing fulfills a certain role in the 1st world’s increasingly Internet-based lives. But issues of privacy and the Internet plague this society to no end. Storing information in a third-party server to which an unknown team of techs have access seems like an irresponsible move.”
True, there is a certain element of trust inherent in the user/cloud provider relationship, but how is that different from any service you give sensitive information to? Should I never buy anything on the Internet because I don’t know the person on the other end of the transaction? The potential for credit card data to be harvested by a phishing scam is greater than the risk posed to cloud servers. Those “unknown techs” more than likely have a set of security measures, and the company paying them is literally invested in your security because any breach would be devastating to their business.
There is almost no information that is safe, but the de-coupling of that information from personal hard drives combined with the multitenancy that comes with cloud servers makes them a juicy target for people who would want to break in. Putting all the eggs in one basket makes them easier to steal. Look at the recent hacks into PlayStation Network, Dropbox, etc. which compromised personal information including credit card data.
Those were both devastating attacks that left many people vulnerable, but to cite them as if they happen all the time –though they did happen relatively close to each other –is misleading. These high-profile hacks and others like them are similar to airplane crashes in that they happen far less than smaller hacks (say, car crashes) but garner so much more attention, making it seem as if cloud computing is less safe or that every airplane you board has a high chance of tumbling of the sky. Airplane travel has a number of security measures that make it safer than car travel and yet when a plane goes down we all hear about it. The rarity of it makes it a spectacle, and the same seems to go for cloud security breaches.
The fact is security breach is a threat we’ve lived with for hundreds of years and now that is translating over to digital. As much as we might like a Minority Report world, we cannot stop crime before it starts. There is no perfect solution, but as the cloud platform grows, it will become more endemic to our 21st century lives. As it does, it will also become more sophisticated and secure.