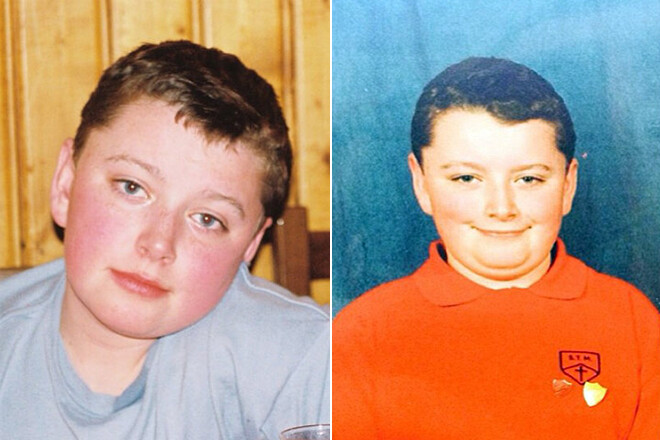 Who is Sam Smith?

Sam Smith is an amazing sweet England born singer and song writer, and he had one of the most considerable success in the entertainment industry in the last few years. He is one of those about whom people talk a little bit enviously. He is one of the young and early singers, but he has already managed to recommend himself in the music industry.

The public and critics accuse the lyrics of his songs of being too naïve, and music is considered to be a too obvious commercial mix of R’n’B, soul, and dance-pop. He is still very young, but his numerous achievements let us understand that the musician will have a worthy future.

Samuel Frederick Smith who is known as Sam Smith was born in London according to some sources, by the others – in the village of Great Chishill or the town Bishops-Stortford in May 1992. His parents Kate Cassidy and Frederick Smith encouraged their child’s engagement in the music. Besides, according to some information, his mother was a banker and was fired from her office because she paid too much attention to her son’s hobbies.

Sam has got talented relatives – the singer, TV host and fashion modeler Lily Rose Beatrice Cooper, the best soloist of 2010 by the opinion of BRIT Awards, and the star of the series Game of Thrones – actor Alfie Allen.

Smith attended St Mary’s Catholic School, took part in the plays of the youth group of the Youth Music Theatre UK. Later, he left the theater so that he could attend vocal and piano lessons at famous jazz performer and composer Joanna Eden. The young man additionally worked and earned his living as a barman in a London bar and playing in the jazz bands.

The disappointed musician has become successful unexpectedly. Except for his vocal skills, Smith also had great composing skills. His composition under the title Lay Me Down which was released in 2013 was noticed by the duet Disclosure. The hit Latch which has taken the 11th position of the British chart has become the result of their collaboration.

Later the young man collaborated with the famous performer Shahid Khan who is known to the public under the name of Naughty Boy. The song LaLaLa which has become a hit is the result of their cooperation. The video on this song was viewed by more than 200 million times. Then Sam could consider himself a real star and has begun his solo career.

In summer of 2013, the singer’s fans have received his debut album Nirvana. Already in a year there was released his first album recorded in the studio. It was the album under the title In the Lonely Hour. Moreover, he released the videos Money on My Mind and Stay With Me.

Smith’s songs have occupied top positions in the European and American charts, and also in New Zealand, Australia and Canada. One more hit from the album – the song I’m Not the Only One has taken the third position in England and the fifth line in the USA. In general, there were sold 3,3 million copies.

In 2014 Sam presented himself to the American audience and took part in Late Night with Jimmy Fallon show and in the project Saturday Night Live. The composition Stay With Me reached the second position in the U.S. Billboard Hot 100 chart.

The singer has achieved what he has been looking for – fame and popularity, grateful and devoted listeners. His albums were selling like hotcakes. The music critics considered this album great, and it was confirmed by different awards. He received the award of the critics of BRIT Awards in 2014, the award of BBC Sound of 2014, the Grammy award of 2015 in the nominations – Record of the Year, Song of the Year, Best Breakthrough and Best Vocal Pop Album and the musician of 2015 by the version of Elle Style Awards.

At his first photos on the web, the guy looks slightly plump. Those, who meet Sam in reality sometimes can’t recognize the performer in the thinner, stronger and handsome young man. However, the singer confessed that he didn’t suffer from the excessive weight at all. He considered himself to be a cheerful plump man but not thin and muscly. Moreover, in his interview for ‘4Music’, Sam admitted that he suffered from the obsessive-compulsive disorder.

The personal life of Sam Smith is not a secret for his fans. The nonconventional orientation of Smith was confirmed in 2014 when at the American show Ellen the singer told that he had understood everything about himself in his early childhood and had confessed to his mother.

And in 2016 at the Academic Awards ceremony when he received his prize for the song Writing on the Wall to the Bondiana movie Spectre Sam frankly admitted that he was a gay. Later he confessed in one of the interviews, that at first, he was very nervous about the public reaction at this news. But when he saw that people had reacted adequately, he took it easy himself.

It’s known that his boyfriend is Brandon Flynn – the actor from the American series 13 Reasons Why. The paparazzi often publish the photos of the couple on the web as well as Brandon and Sam. In his interview to the Bizarre magazine, Smith confessed that he and his boyfriend were just at the beginning of their relationship. Brandon is a kind man and helps Sam to go through the thorny path to glory.

As if it was in support of his boyfriend’s statement, in October of 2017 Brandon Flynn made a coming out about his belonging to the LGBT community when there was held the survey about the legalization of the same-sex marriages in Australia.

Before the relations with Brandon, Smith was meeting the performer TayTay Starz. And earlier he had relationships with the dancer and actor Jonathan Zeizel and with the model Jay Camilleri. Despite the requests of his admirers, Sam completely refuses to visit Russia with the concerts. That’s because he has nonconventional sexual orientation and intolerance of Russian people towards gay people makes him angry. Earlier, people mocked at him because of his orientation. Smith considers such people as silly and ignorant.

In September of 2017 Smith visited Germany with his concerts. The video on the song Too Good at Goodbyes was released, and in October the single became silver in Great Britain.

On the 3rd of November, 2017 there came out the second studio album of Sam Smith – under the title The Thrill Of It All. Ten compositions were included in the collection, and the exclusive release contained fourteen tracks. At the same time, the bonus tracks Leader of the Pack and Blind Eye were released exclusively for the Target retail network.

The album has headed the USA Billboard 200 chart of records with more than 230, 000 sales. It is the most played album on the streaming services, the leading album of Music Apple in more than sixty countries. The fans have especially appreciated the compositions Say It First and Midnight Train.

After Sam had released his album, the number of his Instagram account reached 8 million subscribers. On his Instagram page, Sam Smith announced the dates of his tours in America, Great Britain, and Europe in 2018 in support of his album The Thrill of It All.

How Do You Sleep? The new single. Listen and watch now at https://t.co/07vv14AgSs xx pic.twitter.com/B3lEogaWxZ