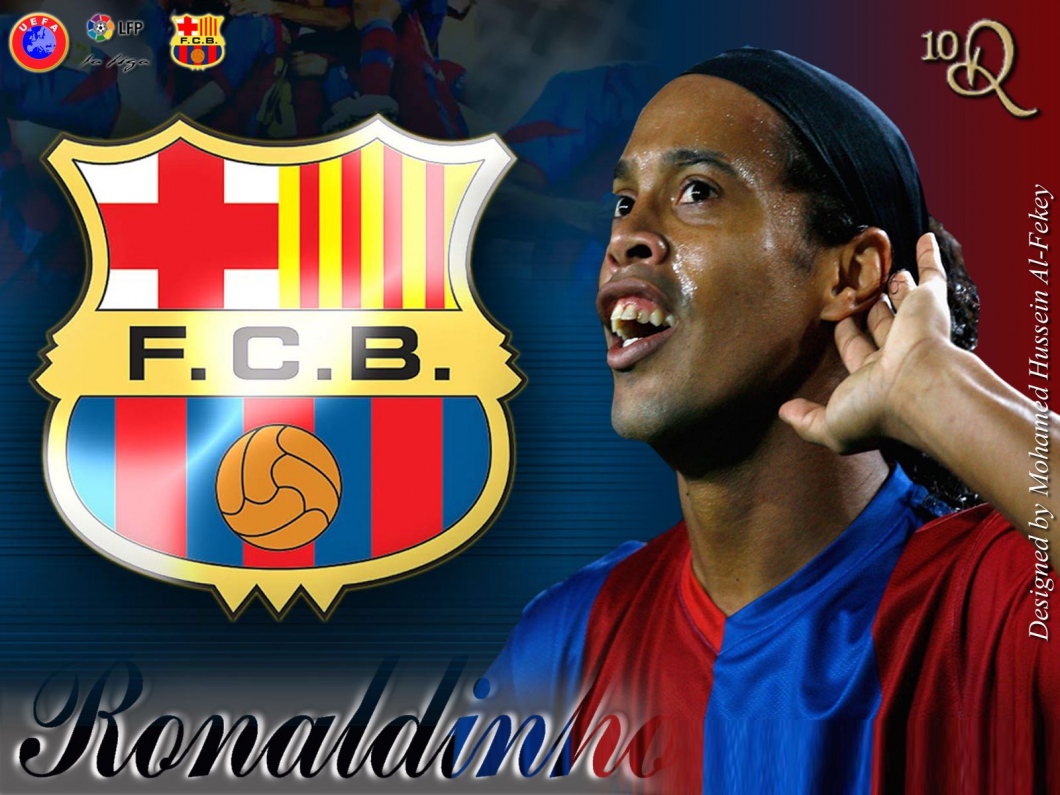 Now that Lionel Messi is the star in the football world, many people have forgotten the effect of Ronaldinho on football in Barcelona when he arrived at Camp Nou.

Ronaldinho signed a contract with the club when the new manager, Frank Rijkaard started his contract during the summer of 2003.  His arrival at Catalonia was accompanied by a huge reputation and immense pressure from fans who were tired of lurking about in Real Madrid’s shadow.  They were also unhappy about the failure to obtain the services of David Beckham from Manchester United.

Ronaldinho, with his long, black hair, infectious smile and limbs that could move in all directions, first became famous in the global football arena as part of the trio, with Rivaldo and Ronaldo, who ensured Brazil’s 2002 World Cup victory.  This tournament was a mixed bag for Ronaldinho personally.  He showed what he was capable of, but was still the junior to his team-mates.  This became evident during the quarter-final against England when he scored a sensational goal, but also received a red card which prevented him from playing in the semi-final.

Regardless of his immense talent, Ronaldinho still had to prove his worth when he first commenced his career at Barcelona.  During his time at Paris St Germain, who reportedly had paid €30m for his talent, he had offered a range of excellent performances, along with arguments off the field and accusations that his interest was more in living the good life than playing football.

In spite of these rumours, Rijkaard showed that he had faith in the Brazilian and started constructing his team’s talents around this one talented player.

During his first season, nothing overwhelming happened as he was afflicted by injury.  Despite this, the team was strong during the second part of the season, when they were in second place, behind Valencia, but, more importantly, they were ahead of Real Madrid.

The next season proved to be a milestone for both Ronaldinho and Barcelona.  Along with fellow team-mate Samuel Eto’o and the mass of Spanish talent in his team, Ronaldinho introduced a new level of interesting and exciting football and soon became the favorite at Camp Nou.  It was as if a new breath of life had entered him and the way in which he attacked the game.  He kept the fans enthralled with his amazing ball control and those moments of absolute skill that would leave defenders looking completely lost and bewildered.

During the summer of 2005, Barcelona was granted their first league win of the 21st Century as they were crowned Spanish champions.  Ronaldinho received the FIFA World Footballer of the Year award during the same season.

His excellent form continued during the next season, with the team keeping their eye on the retention of the title and looking toward European glory. Ronaldinho’s on-field performance simply improved and the highlight came when he aided in leading Barca to a fantastic 3-0 El Clasico victory.  This victory was boosted by the standing ovation offered to him by the home fans.  This was the ultimate tribute to the player.  During that particular season, he scored 26 goals, but his ability for setting the gameplay is what gained attention.

During 2006, Barcelona had no problem winning the league and with the help of their Brazilian master, they made it to the final of the Champions League where they beat Arsenal 2-1 to gain the title for the second time.

It could be said that at this point, Ronaldinho had reached his peak at Barcelona.  He continued to bring great joy to the fans during the next season, but the team had to endure pain as Real Madrid sat at the top of the league.

An injury during the 2007/08 season and with Rijkaard leaving the club, Ronaldinho made the decision to join AC Milan in the summer of 2008.