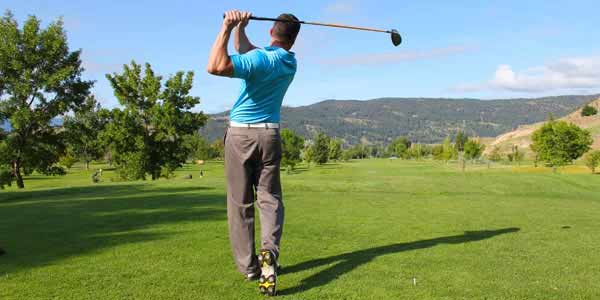 I was surfing around the web the other day and stumbled on a great web site. It’s written by a guy named Andrew Rockett, who is apparently a successful commercial realtor from Massachusetts. The blog is mainly about golf, which is my main passion, but also works in pointers and anecdotes from business and other parts of life. You see him restraining his golf temper, negotiating business deals and sand traps at the same time. It’s really just kind of a guy, sharing his life and musings, who seems nice, like the kind of guy you’d want to have a beer with.

The guy’s been touring some of the best golf courses in the country, which makes me kind of jealous, but he always keeps a self-effacing sense of humor in his writing, mocking his own score or the number of balls he lost in the lake. And is that not what the internet is all about – sharing a little bit about ourselves, throwing it out to the rest of the world, and not really worrying about the response. It’s about us expressing ourselves for who we are, practicing our creative muscles, exercising our brains and sharing the commonalities.

So, thanks internet. Thanks for showing me that Andy Rockett gets travel around, enjoying all the best golf courses. Thanks for showing me that he gets to play better courses than the same Lynx I’ve been playing in Columbus Ohio for the past 23 years. Yes, Andy Rockett, you play better golf courses than me, from Jupiter, Florida on down to Orange Grove, Florida and beyond, to Lake Waukesewhatever in New Hampshire, which is apparently the finest golf club in New Hampshire. Lucky you, Mr. Andy Rockett, lucky you. Please tell me all about it and rub it in my face a little bit more.

He also offers product reviews for all the gear that he’s bought and tried. Gear that would cost me a week’s paycheck to get. Thanks for letting me experience this gear vicariously through you, Mr. Rockett. Now I can stick with my Hammer driver, which I bought at a yard sale 6 years ago at the value price of $30. Thanks for letting me know that my baby is, in fact, the Worst Driver in the history of the world, according to you.

Clearly I’ve picked the wrong career, because commercial real estate lets you travel around to sunny places and play rounds of golf. Very rarely is that on my itinerary. Back to the plant to lift some boxes! Good thing I got that degree in English!

Maybe that’s the main purpose of the internet. To rub everyone else’s life in your face, to give yourself a point of comparison so you can look back at your own life in horrible disappointment. So one guy gets to go check out all the best golf courses in the world and write about it for the rest of the world to be jealous. Should that make me jealous? Ok, maybe.

But in real life, if I were to run into Andy Rockett, on a golf course in Jupiter, Florida or at some waspy getaway in upstate New York I’ll probably never get an invitation, we’d probably have a beer together, shoot a few holes, share a laugh. And I bet our golf scores would end up being similar too. Even with my Hammer as a driver. Try that for a handicap, Mr. Rockett!