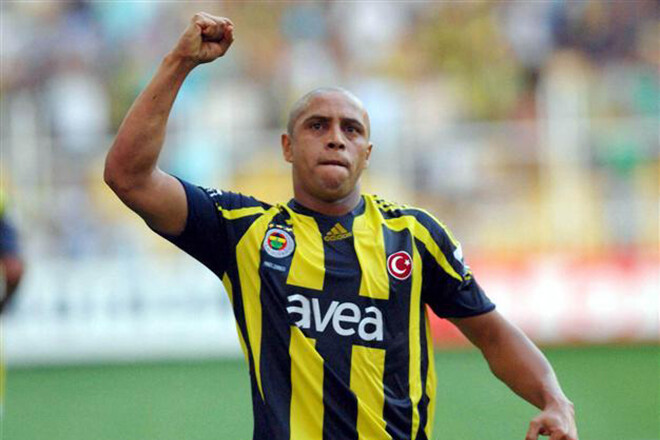 Who is Roberto Carlos?

Roberto Carlos is the legendary professional soccer player from Brazil whose name is still popular among fans. Carlos’s accomplishments amaze: he often won World Cups and European Championships; Pele included him in the list of top 125 FIFA soccer players.

Although the sportsman quitted his field career, his technical kicks, delicate and precise penalties, and fascinating sprint speed continue to be the perfect example for beginning soccer players.

The future soccer star was born in Garça, Brazil, on April 10, 1973. His full name is Roberto Carlos da Silva Rocha. The boy was named after the musician Roberto Carlos – the parents liked his songs immensely. The family was not wealthy: the father worked at the nearest coffee plantation as a driver, and the mother looked after four children (Roberto has three sisters).

Since the early childhood, the boy had to help his parents. According to the sportsman, he got interested in soccer when he was 3 and started spending all spare time playing. At 8, the smart boy was even invited to play in the amateurish adult team – his talent was recognized at that time.

In 1981, Roberto and his family moved to Cordeirópolis where he continued to play soccer after school. At 12, the teenager had to work on a factory to support the family.

At work, Carlos was offered to play for the factory’s team. In a while, Roberto was the town team member, and his cherished dream came true soon: he was accepted to the popular club União São João.

Roberto Carlos could not imagine how successful he would be. At that period, he believed that buying a new house for his parents would be the supreme achievement of his, so he started saving money he gained playing soccer.

The country’s leading coaches noticed the talented sportsman soon. At 17, Roberto Carlos joined the Brazilian youth team. Two years later, he became the national team official member, Roberto Carlos played in three international and European competitions and spent some time in União São João. In 1992, he managed to fulfill this dream and purchased a house for his parents.

In 1993, the sportsman transferred to the Brazilian club Palmeiras. With Carlos, the team managed to become the champion of the state twice and got the title of the first club in the country two times. Two years later, the sportsman played for Inter Milan for a season and scored seven goals.

Experts and commentators believe that Roberto Carlos’s success is explained not only by his natural sports talent but also regular training and incredible tenacity which make it look like Carlos plays easily and virtuously.

All Roberto’s team partners emphasize his optimism and belief in himself and victory of his team. This positive attitude and Carlos’s cheering up often helped players pull themselves together and finish games.

In 1997, Roberto Carlos scored his legendary goal during the friendly match with France. The soccer player presented Brazil and got a penalty. The result impressed even experienced referees: it looked like the ball’s trajectory was a curved line which contradicted the laws of physics. However, in slow motion, one could see the ball touched the bar and changed its direction to go right in the center of the gate.

In 2007, the player changed the club again. At this time, Roberto Carlos chose the Turkish Fenerbahçe where he played for two seasons and scored one of his famous head goals. At the end of the last game, fans did not want the sportsman to leave the field and shouted: “I love you, Carlos.”

After this emotional goodbye, Carlos came back to his native country and signed the new contract with Corinthians. In this club, Roberto Carlos played many matches and scored another legendary goal (from the corner); he actually brought the club to the top positions in the soccer world.

After Corinthians lost several games in Copa Libertadores matches, fans accused the sportsman of these misfortunes and even threatened Carlos and his family. To keep his nearest and dearest safe, the player canceled the contract with the club.

In 2011, the player joined Anzhi Makhachkala where he got number three. Several days after the first match, Roberto Carlos was chosen as the team captain. In that season, the sportsman appeared on the field 28 times and scored five goals. Besides, he assisted the club coach Andrei Gordeyev in training the players and enhanced the overall professional level of players.

As he left Anzhi, Carlos continued to work as a coach in the Turkish club Sivasspor. Under his guidance, the team got to the UEFA Europa League, although it was disqualified later due to the match-fixing suspicions. Despite this, Carlos was named the coach of the year in Turkey. The sportsman decided to finish his soccer career.

Fans remember Roberto Carlos as the talented soccer player and the “author” of several incredible goals. He is known as the responsive and sociable person who gladly communicates with his fans and gives autographs.

Although the sportsman is not tall (168 cm.), he has always been popular among women. Carlos married several times. In the first marriage, two daughters were born, and the couple also adopted a boy.

The Brazilian model Mariana Luccon became Carlos’s second wife. She gave birth to two children. The player is known to be the father of at least three children out of wedlock. In 2017, Roberto Carlos’s first grandchild was born: the boy was named Pedro.

In one of his interviews, Carlos said he was not a one-woman man and could date several diverse girls at the same time. Later, he walked it all back and noticed that one should not percept everything literary. The soccer player also confessed he did not know how many children he actually had.

Nowadays, Roberto Carlos does not play but continues to follow the world’s soccer events. He believes that Spain, France, and Germany are FIFA World Cup 2018 front runners.

Sometimes, the media inform about the scandals related to Roberto Carlos’s refusal to pay alimony to one of his ex-lovers Barbara Tuler who brings up two children of the sportsman.