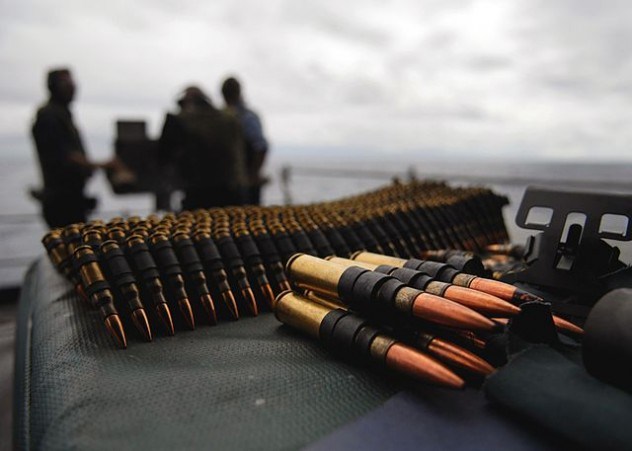 Humans are a warrior race. That much is evident from the often bloodied history of our species’ existence from the maces and clubs of the caveman era, to the spears of the Bronze Age. The swords, bows and axes of the medieval times, and gunpowder packing weapons of the Renaissance. Every time the human race has made advancements in any kind of technology, attempts have been made to weaponize it. Today though, after numerous wars resulting in countless death tolls, we seem to be as bloodthirsty as we were thousands and thousands of years ago. With the world-wars, atom bombs, the cold war and that arms race, and even nuclear weaponry, it doesn’t look like the futility of war has been recognized by the powers that be the world over.

Across the globe though, there is a subtle change afoot. The stirrings of a new train of thought or an old one are gathering momentum. A strong message of peace is being sent outwards, and is being creatively coupled with the message of sustainability. Weapons old and new have one thing in common, their extensive use of metals. It is this underlying similarity that has motivated creative minds the world over to approach the use of weaponry in a more unorthodox fashion.

Reusing and Recycling Weaponry – a Movement for Peace and the Environment

• Bombs to bling: In the city of San Luis Obispo, CA a little firm called from War to Peace is making really big waves. This company is recycling nuclear weapon systems and using the resulting metal that they call ‘peace bronze’ into the most beautiful and intricate pieces of jewelry. Items such as earrings, delicate bracelets, and even novelty wine stoppers complete with ‘make wine not war’ engravings are available here, and have been made the cabling used to carry launch codes to nuclear missiles at the now defunct Grand Forks, ND, missile base.

• Pedro Reyes, Shovels from guns: There is a little town in Mexico called Culiacan. This town is known for its high rate of death by gunshot. To help curb this violence and improve the environment for the locals, Mexican artist Pedro Reyes initiated his project, PalasporPistolas or shovels for guns. The concept is simple; Reyes collected 1527 weapons by offering domestic appliances and electronics in exchange. After these weapons were collected, they were steamrolled in a public demonstration and then melted. The metal that came from them was used to make 1527 shovels instead, which were distributed in schools and to art houses in the area, and were used to plant 1527 trees. This way, Reyes used the power of metal recycling to turn a murderous weapon into a giver of life.

• The Olympic stadium, London: The Olympic Stadium, home to the 2013 London Olympics and a symbol of sporting excellence, is also a shining beacon for alternative uses of weaponry. The metropolitan police or Scotland Yard, have collected and recycled scrap metal made up of confiscated knives and guns, about 52 tones of it. This metal was then used to help construct the Olympic Stadium. So in a sense, recycled weapons are providing both literal and figurative pillars of support to the world’s finest athletes instead or bringing death.

• Old nukes to electricity. Right here in the United States, at least 10% of all our country’s power supply comes from disassembled nuclear bombs, bombs provided by both the USA itself, and Russia. The already enriched uranium used in nukes is a massive energy saver, as enriching uranium is extremely expensive, and this is a short cut that at once saves money and energy, while disarming nuclear weapons and providing electricity from a sustainable source.

If, the US and Russia can work together to disarm nuclear weapons and provide peace, then all of us can do our bit to bring peace and sustainability to the world. We may not all have weapons to recycle, but we do all have sundry scrap that could be taken to places like Sims Metal Management recycling center and many more.

Scrap can be taken to recycling centers and exchanged for money. Money which could, then be donated towards efforts like the Peace Corps that are trying to promote the message of brotherhood through its programs.