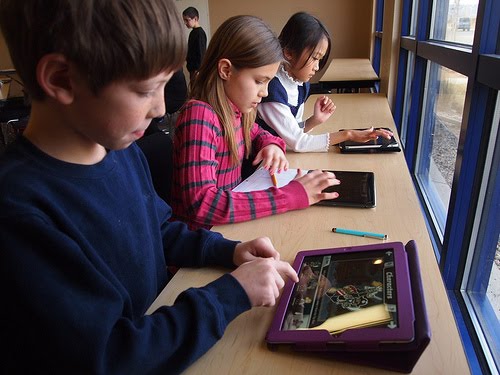 This century is the century of programming, with the technological field constantly evolving with a much faster rate than virtually any other fields in existence. It is no wonder that programming has recently been dubbed as the literacy of the twenty first century, being an important skill for anyone to learn regardless of their background. Some people might disagree with being able to understand programming as literacy, arguing that true literacy at its basest definitions refers to the ability which someone can apply to read, write, as well as understand one or more contemporary spoken languages. This means that literacy can only be measured by spoken languages as we know it, including English and Mandarin, but others argue otherwise. For many of those in the latter camp, multimedia and technology will be even more significant in the future than it already is know, and understanding the programming languages that go into the development of said technology is also increasingly important.

THE POWER TO COMMUNICATE WITH TECHNOLOGY

No matter what your personal opinion is on programming literacy, it is no secret that many major figures in the technological field as well as prominent public figures have touted the importance of understanding programming in this day and age. One with adequate programming literacy and skills will be capable of ‘communicating’, in a way with technology and the devices depending on it to work. Some dubbed this skill as human-machine interaction, but at its core it refers to how one can make technology do as what one wishes it to do.

While it is true that in the past dealing with computers and all its technicalities, including programming, will more likely that not earn you the title of nerd, these days those are the skills that open the way to so many lucrative career paths with massive benefits. In fact, more than half of the most wanted professions in the world revolve around technology, and this statistic is not likely to shift anytime soon. Already more schools are implementing programming classes in their core curriculums, and while young children are not taught languages like JavaScript or C++, being taught the foundations of this field through many widely available educational programs aimed for this exact purpose will give a lot of benefits. As they grow older, children will learn popular programming languages that are easier for older children and youth to learn, including HTML and CSS which gives them the capability to develop their own web pages or analyze the components and structures of a basic websites. There are even school programs which teach schoolchildren to create simple games using simpler programming languages developed for educational purposes, such as Scratch.

Learning how to program and gaining programming literacy might not turn every single child into a Silicon Valley millionaire, but their understanding of it will also help them develop necessary vital skills they are going to need in their adulthood, such as critical and creative thinking.