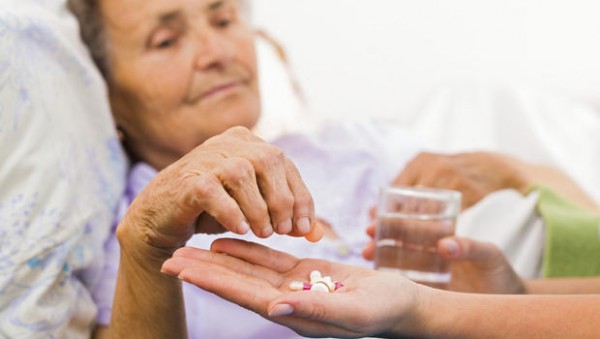 When people use over-the-counter drugs for allergies or insomnia, the last thing they expect is to find out those drugs have been linked to such conditions as dementia. However, based on studies from such places as Indiana University and the University of Washington, many of these drugs may increase a person’s risk of developing dementia if used over a long period of time.

According to researchers at Indiana University School of Medicine, patients taking various over-the-counter drugs for allergies or insomnia can possibly increase the risk of developing dementia. Known as anticholinergic drugs, certain common medications such as Benadryl, Dramamine, Advil PM, and Unisom may impact the brain, resulting in lower brain metabolism and higher brain atrophy.

Along with many well-known over-the-counter drugs, there are also prescription drugs that have been linked to possibly increasing the risk of developing dementia. Antidepressants such as Paxil, along with the pain drug Demerol, have been looked at by researchers as having ties to dementia. Taken in very low doses on a regular basis just like over-the-counter drugs, these medications have also been shown to result in lower memory test scores of certain patients.

Are the Effects Permanent?

Needless to say, when research indicates a problem such as this may exist, one of the first questions asked involves the possibility of permanent damage. With both the prescription and over-the-counter drugs questioned in these studies, the results have been mixed. Due to previous studies that have linked these and similar drugs to mild cognitive impairment as well as reduced acetylcholine activity, many researchers have concluded that temporary impairment of these functions is likely to occur.

However, other researchers have examined the results and come to believe that permanent damage may also occur under certain circumstances. Due to reduced activity of the enzymes responsible for proper memory and cognitive function, some researchers believe permanent damage may result in irreversible dementia. For example, short-term drowsiness may occur on a regular basis, as can confusion which may lead to decreased mental function.

Along with the above-mentioned medications that may be linked to increased levels of dementia, other drugs that have been studied may also prove to be part of this equation. Drugs that help to control overactive bladders, including Ditropan and Detrol, have also been looked at by researchers due to their containing chlorpheniramine, a substance that has been thought to inhibit transmission of nerve impulses to the brain.

Also included in the group of drugs that may be considered at-risk are hypnotic drugs, which are more commonly known as sleeping pills, and antihistamines, which studies have shown are used by the elderly at a very high rate.

While further studies will need to be done on this topic in order to gain the information necessary to make the proper conclusions, the facts uncovered thus far paint a picture that may indicate a disturbing trend. However, even while research on this issue continues at Indiana University, the University of Washington, and other schools across the United States, it by no means indicates that those patients who are using these medications should stop using them. Instead, they should speak with their physicians to gain the answers needed for their individual situations.

Mark Sadaka from Pharma Watch Dog, the leading Drug Injury Attorney, has a national practice and works with clients from New York to Alaska.