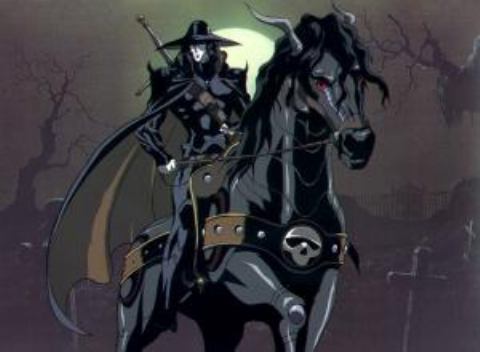 Anime is animated movies and TV series from Japan, which are a delight to watch and understand. It could combine many aspects of real life elements. Even with the absence of real life individuals, anime can be quite powerful. There are many anime movies that have been produced. Like animated films produced in the United States, they also have similar lengths to real motion pictures. Just like other animated films, film-makers can be quite flexible in choosing the topic and animation styles.

Akira is a film that’s still cherished by fans of the genre all around the world. It is also well accepted by the newer generation. It is an epic sci-fi cult action film with the futuristic Neo Tokyo as the setting. The story revolves around a military project that creates psionics, known as espers. Akira is the most powerful and the first espers. The psychic power has led to the destruction of Tokyo when WW III took place. To date, Akira is known as one of the best sci-fi animated film.

Ghost in the Shell

It is a popular cult action anime film and directed by Mamoru Oshii. It’s based on manga with the same name and set in a dystopian future. The protagonist is Motoko Kusanagi, a security officer at Section 9. He is assigned with a job to track down the Puppet Master, a mysterious ghost tracker. In her quest, Motoko discovered a mysterious project called 2501, which is created by corrupt officials in Section 6. Ghost in the Shell is the benchmark in sci-fi film and considered as one of the most influential cyber-punk anime.

It follows the story of a bounty hunter, known as D. He is hired to bring back a kidnapped young girl named Charlotte. The kidnapper is Meier Link, a noble vampire. It is based on Demon Death Case, a novel in the Campire Hunter D series. It is an anime action film with lots of demon slaying scenes.

Ninja Scroll was released in 1993 and one of the critically acclaimed action films. It depicts a bloody struggle in feudal Japan between devils of Kimon and a ninja. The film was directed by Yoshiaki Kawajiri, who was also the writer. The film is known for its interesting narrative style in depicting the journey of the protagonist ninja, Koichi Yamadera.

It is a fantasy film, which is set in the late Muromachi era. The storyline revolves around Ashitaka, a young prince from the Emishi tribe. Her goal was to restore peace between humans and forest spirits. People are exploiting the forest resources, causing problems with the balance of nature. It is considered as one of the highest grossing anime films.

Appleseed was created by Masamune Shiro and like Ghost in the Shell, it is also a sci-fi fiction film with eye-catching animation. Deunan Kute, the protagonist embarks on a mission to restore peace in the Olympus, a post-apocalyptic Utopian city.