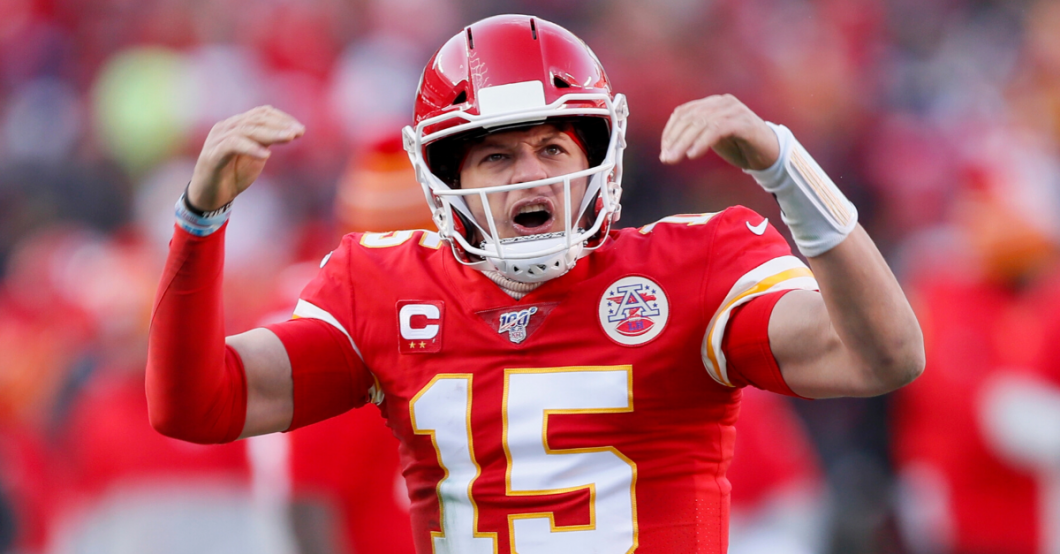 Who is Patrick Mahomes?

Patrick Mahomes then entered the 2017 NFL Draft where he was the tenth overall selection by the Kansas City Chiefs.

Mahomes spent his rookie season as the backup to Alex Smith. After the Chiefs traded Smith to the Washington Redskins the following season, Mahomes was named the starter. That season, Mahomes threw for 5,097 yards, 50 touchdowns and 12 interceptions. He became the only quarterback in history to throw for over 5,000 yards in a season in both college and the NFL.

Patrick Mahomes also joined Tom Brady and Peyton Manning as the only players in NFL history to throw at least 50 touchdown passes in a single season. For his performance in his first season as starter, he was named to the Pro Bowl, First Team All-Pro and won NFL Offensive Player of the Year and NFL Most Valuable Player.

In football, Patrick Mahomes had 4,619 passing yards, 50 passing touchdowns, 948 rushing yards and 15 rushing touchdowns as a senior. In baseball, he threw a no-hitter with 16 strikeouts in a game his senior year. He was named the Maxpreps Male Athlete of the Year for 2013–2014

Coming out of Texas Tech, Mahomes was projected as a first or second round pick by the majority of analysts and scouts. During the throwing drills at the NFL Scouting Combine, Mahomes’ passes were clocked at 60 mph, tying Logan Thomas and Bryan Bennett for the fastest pass ever recorded at the NFL combine.

Mahomes was ranked the second best quarterback by SI.com, the third best by ESPN,and the fourth best by NFLDraftScout.com After an impressive showing at the NFL Combine, representatives from 28 NFL teams were on hand to attend his pro day at Texas Tech.

Patrick Mahomes became one of the fastest rising prospects during the draft process and had 18 private workouts and visits for team, which was the most for any prospect in 2017.

Patrick Mahomes Salary and Net Worth

The net worth of Mahomes is estimated to be at least $10 million, but further contract negotiations could bump it up to $200 million.