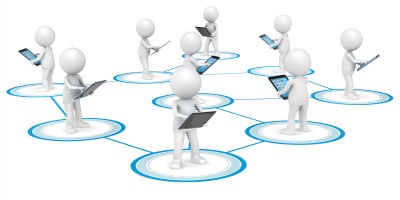 Charles Darwin is a celebrated English naturalist and explorer whose theory about man’s evolution has gone viral. In fact, his textbooks are also historical records of what he calls the prehistoric times of mankind. In his theory, all species of life descended over the times from a common ancestors. He also argues that the branching pattern of the evolution is an aftermath of a process called natural selection in which the species’ struggle to exist resulted in its selective breeding.   Contrary to this, the evolution of the internet is not as argumentative as this. In fact, over time, man has devised a more uniform history of how this internet technology came to be.

The internet, at par was designed to generally connect people. That is its made purpose– the very purpose for which it was created and developed. It can be traced back to begin in the 1950’s along with the birth of electronic computers.

The public was first introduced to the concepts that would later on lead to the Internet when a message was sent over the Advanced Research Projects Agency Network or ARPANet from computer science Professor Leonard Kleinrock’s laboratory which was located at the University of California, Los Angeles. This message was successfully transmitted after the second piece of network equipment was installed in the Stanford Research Institute or SRI.

During this period, using a variety of pre-defined procedures also known as protocols, packet-switched networks such as ARPANET, Mark I at NPL in the UK, CYCLADES, Merit Network, Tymnet, and Telenet, were then developed. Specifically the ARPANET, eventually led to the development of protocols for inter-networking, in which multiple separate networks could be joined together to form a  network of networks.

The Internet protocol suite called the TCP/IP was standardized, thus leading to the concept of a world-wide network of interconnected TCP/IP networks, which later on, was called the Internet. It was also during this time that the access to the ARPANET was expanded.

The National Science Foundation Network provided access to “supercomputer” sites in the United States from research and education organizations. It was also during this time that the Commercial Internet Service Providers or ISP’s began to emerge.

The ARPANET was withdrawn in 1990. The Internet was then commercialized in 1995 when NSFNET was also decommissioned, thus removing the last limitations on the use of the Internet to carry commercial information.

The Internet has proven to have a revolutionary impact on culture and commerce which includes the rise of near-instant communication such as electronic mail (E-Mail), instant messaging (IM), Voice over Internet Protocol (VoIP) which are, in layman’s terms are “phone calls”, the two-way interactive video calls, and a World Wide Web or Cyberspace with its discussion forums, now popular blogs, a plethora of social networking, and even online shopping sites.

And since then, life has never been the same again nor will it ever go back.

Author Bio
James is a Technology Consultant and a certified CCNA. He has explored many Internet options over the years and he alwasy looks for a reliable ISP. He occasionally logs on to dslproviders.net to find out about what offers are available from various dsl providers.