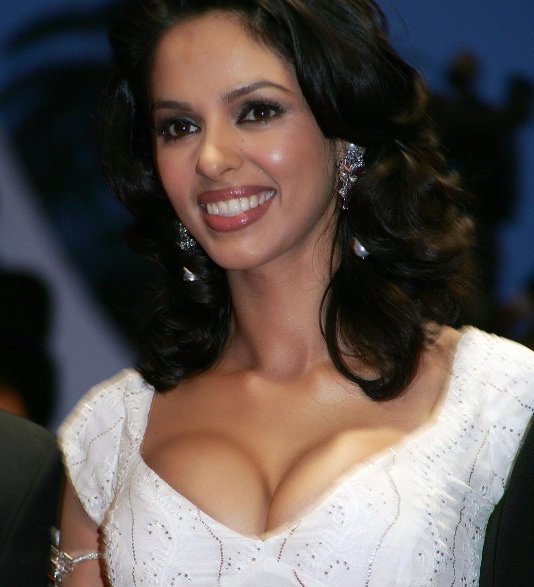 Mallika Sherawat is considered to be a youth icon in the Indian film industry. She has tremendous popularity as far as her looks are concerned. But acting is something which is not the first criterion to be a good female actor in India. They are mainly in the movies for ornamental purposes- to attract young people who form the major chunk of cinema-goers.
Mallika Sherawat hails from Rohtak, India. She was an air-hostess initially. Many people do not know that she was married to a pilot but the marriage did not work out and they separated. Mallika Sherawat then tried her hand in show business and she achieved overnight success with her film Murder. Her success is mainly attributed to her bold scenes which are not usually seen in Indian movies. After some of her initial movies most of the films have proven to be below average. Even her much talked about film ‘Myth’ with Jacky Chan has fallen flat. If Mallika has to stay in the film industry she will have to give quality to cinema.
For Mallika Sherawat success and money comes easy which will be a dream for many people. This is probably the reason why her parents who were against her defiant attitude regarding her show of skin, later reconciled with her and are reportedly living with her.
Mallika Sherawat’s success has initiated a new era in Indian film industry. Actors who used to shy from showing their skin have now shed their hesitation and now competing with Mallika Sherawat. Celina Jaitly, Neha Dhupia, Esha Deol and many more like them are examples of such actors who have adopted the formula of Mallika Sherawat to make it to the top in Bollywood.
Many people feel that Mallika Sherawat is arrogant and egotist. She loves to talk about herself and her success. According to her, half the Indian population is mad about her. During an interview, she even challenged a senior news anchor of a reputed news channel that he likes her. Mallika probably has a very physical perspective of the people in general and that is how she has learned to exploit the desires of sexually deprived Indian men.
Mallika Sherawat has made name and money very easily… (relatively) just with her hot looks. Not everybody is gifted with such an attractive body. Quick success is something which is difficult to achieve and even more difficult to maintain. Let’s see in future how she manages to continue to be a successful star of Bollywood.