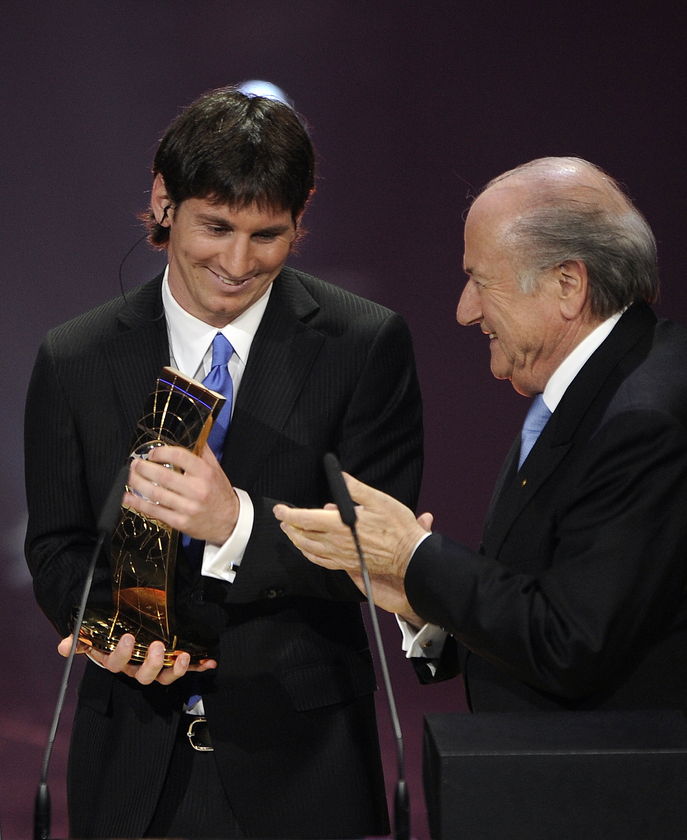 Argentina’s Lionel Messi was named World Player of the Year for the second time in a row on Monday, surprisingly beating his Barcelona team mates Andres Iniesta and Xavi.
Iniesta and Xavi had been favourites after helping Spain win the World Cup last year while Messi had failed to score a goal or produce his best form at the tournament in South Africa.
“It was just good to be here with my team mates,” said Messi, who looked as surprised as anyone by the result which was announced by Barcelona coach Pep Guardiola.
“I’d like to share this with my team mates, without whom I would not be here, and…with all the Argentines.”
It was the first time the award had been made since the decision to unite FIFA’s World Player of the Year with France Football magazine’s older Ballon D’Or.
Messi won both awards last season.
The only Spanish winner of either prize was Luis Suarez who took the Ballon D”Or in 1960.Votes were cast by the coaches and captains of national teams and by selected journalists.
Messi produced some scintillating performances for Barcelona last year, but failed to inspire Argentina who were knocked out in the World Cup quarter-finals.