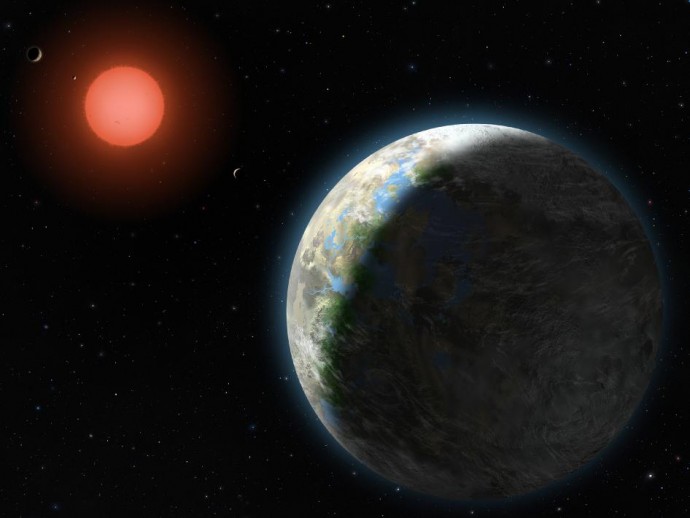 NASA’s Kepler mission has confirmed the discovery of its first rocky planet, which measures 1.4 times the size of Earth and is the smallest planet ever discovered outside the solar system.

The planet has been named Kepler-10b, a NASA statement said.
“All of Kepler’s best capabilities have converged to yield the first solid evidence of a rocky planet orbiting a star other than our sun,” said Natalie Batalha, Kepler’s deputy science team leader at NASA’s Ames Research Center in Moffett Field, California, and primary author of a paper on the discovery accepted by the Astrophysical Journal.
Kepler is the first NASA mission capable of finding Earth-size planets in or near the habitable zone, the region in a planetary system where liquid water can exist on the planet’s surface.
However, since it orbits once every 0.84 days, Kepler-10b is more than 20 times closer to its star than Mercury is to our sun and not in the habitable zone.
Kepler-10 was the first star identified that could potentially harbour a small transiting planet, placing it at the top of the list for ground-based observations with the W M Keck Observatory 10-meter telescope in Hawaii.
“The discovery of Kepler 10-b is a significant milestone in the search for planets similar to our own,” said Douglas Hudgins, Kepler program scientist at NASA headquarters in Washington.
“Although this planet is not in the habitable zone, the exciting find showcases the kinds of discoveries made possible by the mission and the promise of many more to come,” he said.
NASA said knowledge of the planet is only as good as the knowledge of the star it orbits. Because Kepler-10 is one of the brighter stars being targeted by Kepler, scientists were able to detect high frequency variations in the star’s brightness generated by stellar oscillations, or starquakes.
This analysis allowed scientists to pin down Kepler-10b’s properties. In the case of Kepler-10b, the picture that emerges is of a rocky planet with a mass 4.6 times that of Earth and with an average density of 8.8 grams per cubic centimeter — similar to that of an iron dumbbell, NASA said.