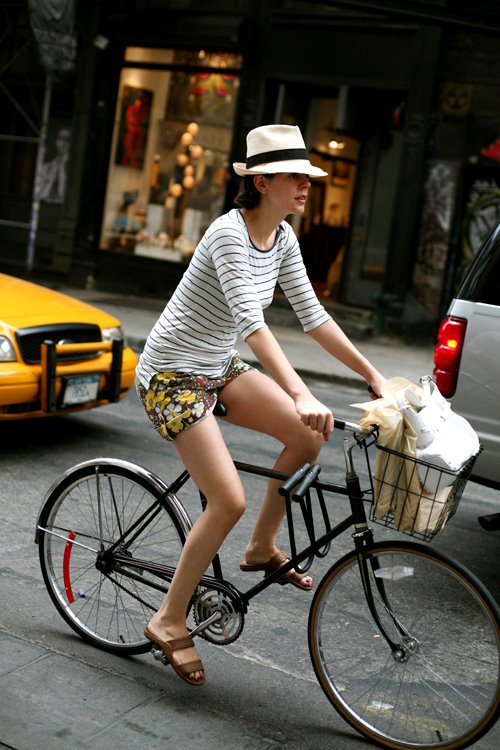 Imagine if you could take a pill that “reduced the risk of cardiovascular disease, type-two diabetes, some cancers and a variety of other chronic conditions.” There were no nasty side effects, and in fact, your general mood, sense of well being and even your sex life might be improved by taking this pill. Oh, and it can help you lose a few kilos too.
Would you take it? Of course you would!
Miracle drug! Sign me up!
What if the process of preparing and consuming this pill took around 20 minutes a day. It’s a big chunk of time. But maybe you could take it on your way to work – incorporate it into your daily commute.
You’ve probably worked out by now that I’m talking about exercise. Incorporating 20 minutes of moderate exercise into your daily routine has all of the benefits listed, and yet according to Lin Yang and colleagues writing in the British Medical Journal, “most adults in the United Kingdom and other developed countries do not currently achieve this target.”
At least half of Australian adults are fatter than they should be, and fully one fifth are classified as obese. As numerous studies have pointed out, this puts a burden on our health care system as overweight people are more likely than correct-weight people to need medical treatment for a range of problems.
Recognising that there is a need for programs to encourage physical activity, Yang and friends decided to investigate whether programs to promote cycling have an effect. Cycling improves health, they reasoned, and has additional civic benefits of reducing air pollution and traffic congestion. They hoped to identify which programs were most effective.
The answer is: none really.
The best study showed an increase in cycling of just 3.4 per cent. And this figure was difficult to separate out from any number of other factors that may have incidentally contributed to an increase in cycling.
In their words, what they found was “Most studies included in the review did not report the statistical significance of any net increases in cycling.” Put another way, the reporting on programs to encourage cycling is rubbish. This included an Australian program that compared cycling in an area flooded with cycling information to an area without new information. While they found the informed people cycled a bit more, the general rate of cycling across the city was not mentioned. Perhaps it went up everywhere.
Cycling advocates want more bike lanes. They want more people riding more often. They tell us that life is better on a bike; that we’ll be fitter, we’ll emit less carbon dioxide and our cities’ air will be cleaner.
But unless they gather hard data to present their case to government for funding, they are going to struggle to make their point.
There is no real reason that studies with good data could not be done. Yang’s review of the cycling studies notes what kind of information should be provided to make a clear and compelling argument for a particular approach to encouraging cycling.
In its quest for a social revolution, the cycling community could surely take some leaves from the book of the anti-smoking brigade in its early days.
Once upon a time smoking was cool. But scientific research showed again and again just how bad it was for your health. The Quit campaign started in Victoria in 1985 with support from the Victorian Government and various lobby groups. Over the years its funding has waxed and waned, but in combination with moves from government such as cigarette tax hikes and anti-smoking laws, smoking is no longer the epitome of cool it once was. Smoking is widely understood to be bad for your health. Australia’s smoking rates, at 18 per cent, are some of the lowest in the world.
One of the ingredients in this success story is the science. The anti-smoking lobby groups were able to point to volumes of evidence supporting the idea that smoking is bad.
Currently, Australia’s biggest cycling advocacy group, Bicycle Victoria, doesn’t sponsor any research into the health or environmental benefits of cycling. Spokesman for the organisation, Garry Brennan says they try to remain focussed in their approach and target activities to encourage more cycling.
But unless there is hard data to support government expenditure on promoting cycling, legislating for cycle paths and creating cycle-friendly policies, then the Powers That Be will not be convinced.
As the third biggest cycling organisation in the world, Bicycle Victoria has some dollars and plenty of clout. With the influence at their disposal, cycling advocates should perhaps be engaging scientists to make the case for them.
Rather than simply saying, “get on a bike, it’s good for you”, they could be saying, “get on a bike, you’ll reduce your carbon emissions by 15 per cent and you’ll lose an average of three kilos.”