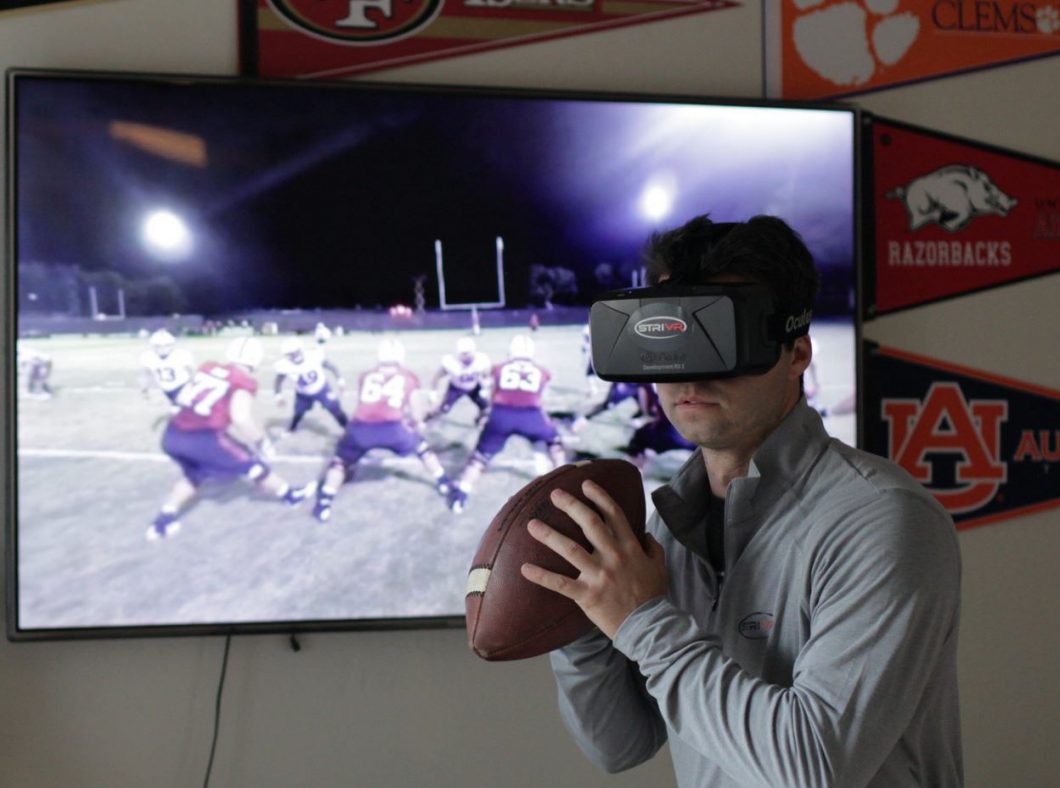 Football is among the most violent games on Earth. On any given play, a player could suffer a broken bone, lacerations or even a concussion. Therefore, the use of virtual reality technology during training camps or practices can make the game safer outside of game day. How does virtual reality accomplish this goal?

Players Can Interact in Real-Time With Virtual Environments

When players put on their VR headsets, they will see themselves as they would on the practice field. They have a full 360 degree view of everyone around them, which makes it possible to study what other players on the team are doing on any given play. It may also be possible to include players from other teams in these virtual scenarios. Ultimately, those on both offense and defense can get the practice that they need recognizing what they are supposed to do without getting hit.

Players Can Practice on Their Own Schedules

Virtual reality allows players to immerse themselves in their playbooks or otherwise learn their responsibilities at their own pace. If a player has already suffered an injury, there is no need to rush that person back onto the practice field. Instead, that person can simply enter the virtual world and get the necessary reps at home or wherever else that injured player may be rehabbing.

Health Information Can Be Used to Make the Simulations

To make the simulation as realistic as possible, the most current health information is used to create it. This gives both players and coaches the ability to monitor the health of their players as they return from an injury. It also provides information about any symptoms a player may have that could lead a coach or trainer to conclude that he should be held out of practice or the next game.

When players are properly prepared, they can play without thinking as much when they are playing in actual games. This allows them to play with a goal toward protecting themselves from blindside hits or chop blocks as opposed to thinking about where they are supposed to be on a given play.

Football is a rough sport that is designed to create hard hitting action at all times. While it may always be a dangerous game on some levels, using virtual reality to help players practice is a way to keep them as safe as possible. This may result in fewer games missed and better play from everyone on the team.