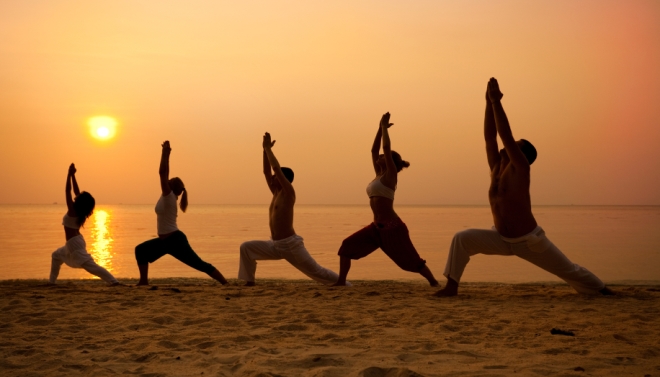 The holiday season comes rich with traditions – parties, family dinners, songs, stories and… weight gain. Let’s be honest, you celebrated with a little too much Christmas candy In large part, the holidays don’t just attack your fitness goals with food and drink, though. The general routine-disruption can take you away from the gym and bring all of your awesome workouts to a complete halt.

Once January 3rd rolls around, though, how do you get back on your feet?

Keep It In Perspective

First, it’s important to realize that things probably aren’t as bad as you think. Although many people believe that the average holiday weight gain is between 7 and 10 pounds, this is actually pretty far off. Researchers at Texas Tech University followed 148 subjects throughout the entire holiday season – from Thanksgiving to New Year’s Day – and monitored their weight and body fat.

At the end of the study, the average weight gain was a mere one and a half pounds. For a six-week period noted for indulgences, that’s really not that bad.

So, don’t punish yourself over your holiday-lapses. In fact, taking time away from your routine or modifying to allow for the busy season could be an extremely useful strategy – even if it sort of happened by accident. Following the same workout for several weeks, or as few as two in some cases, could leave you stuck on a plateau. Often, one of the best ways to continue making progress is to take some time off or otherwise lower the intensity.

You might find, then, that your workouts are even better once you get back to them.

Of course, that doesn’t mean that you can continue in the holiday-pattern of things. Quite opposite, really. As soon as possible, you’ll need to get yourself back on track – which means a few different things.

For one thing, the holiday revelries often destroy any sleep schedule you may have had in place. Get back to that. Whether it’s because your were spending more time with family and friends or drinking slightly more than normal or both, your sleep has likely been less-than-stellar for the past several weeks. This will likely exacerbate any feelings you have of being sluggish or lazy when it comes time to get back to the gym. So, one of the first steps you’re going to need to take is to get your sleep under control.

Then, you’ll have to rein in your diet. If you hadn’t been tracking your nutrition before the holidays, now would be a good time to start. By using either an app or just an old-fashioned food journal, you’ll learn to be more mindful about your eating again – instead of munching on everything you can.

Your hydration will also probably need some work. While people don’t actually gain that much weight during the holidays, a lot of the not-so-great feelings that come once the festivities are past are the result of bloating. Most of the food you’ve been enjoying has been stuffed with carbohydrates and sodium, both of which cause some pretty significant changes in the way your body looks and feels. Upping your water intake will help get that situation back to normal.

Finally, get back to the gym. And start as soon as you can. Depending on how long you’ve been away, you may need to start slow maybe with some resistance bands first, and possibly some yoga – which is totally fine. Don’t get discouraged. What matters is that you rebuild that habit.