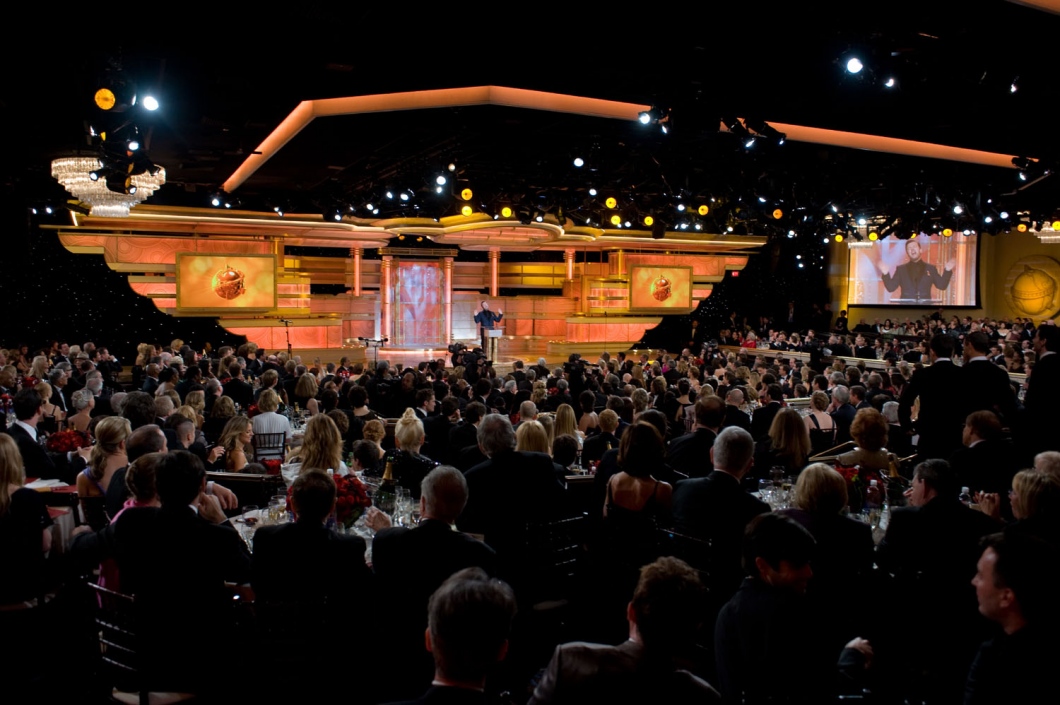 Colin Firth, and Natalie Portman has bagged the Best Actor and Actress awards respectively at the Golden Globe Awards in Los Angeles. British actor Colin Firth was named best actor in a film drama for his portrayal of stuttering King George VI in “The King’s Speech,” while movie drama “The Black Swan” earned Natalie her first Best Actress Golden Globe.Paul Giamatti won the prize for best actor in a comedy film for his role as a caustic man in “Barney’s Version.”
The 2011 Golden Globes were handed out Saturday night at the Beverly Hilton Hotel in Beverly Hills. The Social Network, Glee, Boardwalk Empire, and The Kids Are All Right were among the night’s big winners.
Facebook film “The Social Network” picked up four Golden Globe Awards on Sunday, including best film drama, making it a front-runner in Hollywood’s Oscar race.
“Social Network” picked up the best director award for David Fincher, best screenplay for writer Aaron Sorkin and best musical score for its music, written by Nine Inch Nails frontman Trent Reznor.
The film recounts the story of the founding of social networking site Facebook, an international phenomenon with millions of users that started in a college dormitory. Accepting the Golden Globe, producer Scott Rudin called the movie “a metaphor for communication and the way we relate to each other.”
Another winner of some big awards was “The Kids Are All Right,” which featured two lesbian parents whose children search for their sperm donor father. “Kids” also picked up the award for best actress in a film comedy for its star Annette Bening, who portrayed one of the mothers in the film.
The Golden Globe Awards, which are given out by the nearly 90 members of the HFPA, are one of the major Hollywood award shows leading to the film industry’s most-prized honors, the Oscars, which are handed out by the Academy of Motion Picture Arts and Sciences.
Many film industry watchers look at the winners of Golden Globes and other honors for clues as to which films, performers, directors and writers might win Oscars. This year, “Social Network” has swept many early honors and added the Golden Globe to its cache of trophies.
In other movie honors, boxing drama “The Fighter” picked up two Golden Globes for Christian Bale as supporting actor portraying a drug-addicted fighter and for Melissa Leo as supporting actress playing the mother of Christian Bale’s character.
“Toy Story 3” was named best animated movie for what director Lee Unkrich called “”an animated movie that beat with a human heart.” And Denmark’s “In a Better World” was named best foreign language film.